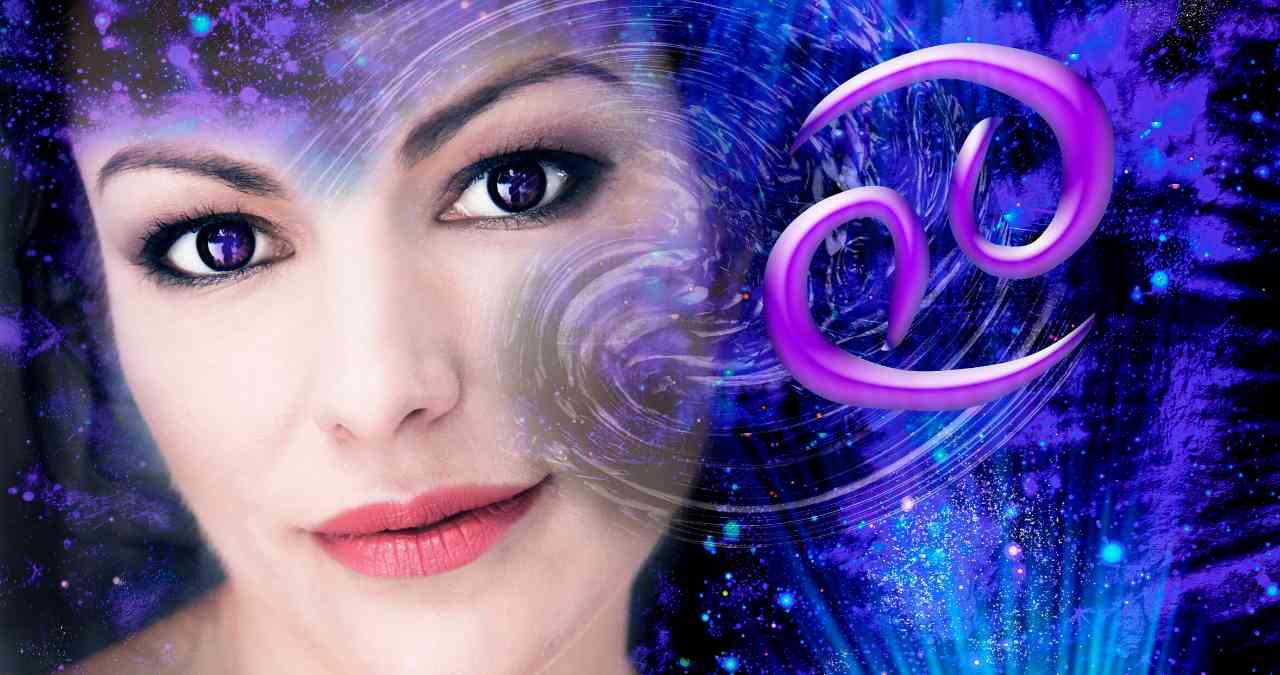 Cancer is the cardinal water sign of the zodiac. Cancers are known for their sympathetic, family-oriented style, and their imaginative spirits.

The Cancer’s symbol is the crab, representing its home in the water element. Also, this sign is known for having a tough outer shell but being a softy on the inside. What tarot cards are associated with the zodiac sign Cancer?

Cancer energy is found throughout the tarot deck in ten divinely associated cards. There are 10 Tarot Cards that represent the zodiac sign cancer:

Let’s take a look at each of these cards in more detail to see how they each relate to the zodiac sign Cancer.

Also note, I have added a number or Related Articles at the bottom of this post that you can read once you reach the end.

There are 2 tarot cards in the Major Arcana that represent Cancer:

The Chariot card shows a male figure standing, strongly in a chariot being carried by two different colored sphinxes. He wears two crescent moons on his shoulders, all his armor and symbols show the signals of a victory and his deep connection to the spiritual realm.

He is being carried, both pulling him in opposite directions. Holding no reins, he controls all movement through the strength of his mind. He is carrying a wand, much like the Magician, representing power and control.

The Chariot stands for success and action. The chariot’s determination knows the direction he wants to go in. Much like a cancer man, he uses his sheer willpower to go exactly where he needs to go.

This masculine Cancer energy is mostly associated because of the high intuitiveness and lunar connection to this man. Cancer is known for its ability to communicate so well it can easily be switched to manipulation if not mindful.

His extremely loyal and dedication shines through and were able to connect this with Cancer.

Cancer is ruled by the moon and these two Major Arcana cards have that deep-rooted connection.

The High Priestess shows a beautifully dressed woman sitting between two columns, she is in blue and white and has a pomegranate thin tapestry behind her.

On the columns, say “B” and “J” represents Boaz and Jachin, of the mystic temple of Soloman. She represents abundance and fertility, her deep-rooted connection to the divine feminine does not come lightly, the in-depth scroll is in her hands.

The “TORA” she holds represents the divine law; she is a ruler too. The crescent moon at her feet is the true connection to the divine and her feminism, she keeps up with the natural ways of the world.

The High Priestess represents intuition and the subconscious, her connection with water energy is fluidly through the moon.

Her spiritual enlightenment process brought her here, encouraging others to take the time and do the same. Divine Feminine energy is confident and comfortable with self-care and loving yourself.

Cancers are known to create do no destroy. This empathic energy also strings from Cancer’s unshakeable qualities in the High Priestess.

The King of Wands shows a king sitting on a fiery throne his warm colors are obvious he leans towards fire elements. What most people don’t know is the King’s deep relation to cancer energy. Holding a wand in one hand the other is rested on his lap.

His cape is decorated with lions and salamanders, representing strength. We see the king overlooking the water, holding onto a wand of creativity.

His presence is warm and inviting. The King is a family man, this watery energy is showing up as the softer side of the King. His nobility is honored through tradition and loyalty, the water here shows his gentler side.

The Queen of Cups shows the Queen on a water-bearing throne, decorated in babes and at her feet are pebbles. In both hands, she is holding a single cup, decorated with angel wings. Her feet do not touch the water, they rest on the pebbles.

The Queen is in touch with her emotions and can control them easily. This is something that brings cancer much comfort, being near the water like the Queen.

The Queen’s highly intuitive abilities are in flow, and she is extremely compassionate. She cares deeply for her family and shows up as wonderful feminine Cancer energy.

The Knight of Cups shows the knight riding carefully, unlike any other knight in the tarot deck. This knight moves diligently and with much caution, he rides a white horse and they both work together steadily.

The Knight holds a cup, and his armor is blue decorated in fish. Representing his fluidness and charm.

The Knight is associated with cancer energy because of the water-bearing symbolism and the gracefulness and peace provided.

The knight is giving and full of creativity and love. This Cancer energy shines through here beautifully.

The Four of Cups shows a young man sitting under a tree in deep thought. His eyes closed and arms crossed he is comfortable and meditating.

So deep in meditation, he does not realize the ace of cups presenting itself to him. Four cups in front of him now, creating space for something new to arise. He is focused on the task at hand. Meditation.

This card is divinely connected to cancer energy because of the sensitivity of the card and needs to be reclusive. Cancers are occasionally known for isolating themselves and being uncommunicative.

Their abilities to meditate and connect to the divine is unlike any sign in the zodiac.

The Three of Cups shows three characters dancing, holding cups, and in a circle. Their celebratory energy can be felt through this card.

True comradery and collaborations are hard to come by. This card connects with Cancer divinely through the energy of friendship and connection.

A great lesson from Cancer energy that has come through many times as a personal message during tarot readings is having a squad to lean on. Honesty and togetherness are key to Cancers.

No matter your sign or struggles, you may love isolation and quiet. Some people love the same and will respect you for that.

Finding your friend group to lean on is essential in this lifetime. Lean into Cancer energy regardless if it is in your birth chart or not and connect with others to help yourself grow.

The Two of Cups is another card divinely linked to Cancer and Leo energy because of the symbolism here. These opposites attract greatly in tarot and the divine.

We see two lovers, holding cups, under the Caduceus of Hermes, and a lion’s head. Signifying the intensity of this card, and the love of the two people present.

A holy sacred union is here representing Cancer and its relation to love. Mutual respect is crucial for this card and sign.

The Ace of Cups shows a hand appearing from a cloud, holding a single cup. Flowing over in five streams, into the water.

The five senses are the hidden symbolism here, and Cancer’s deep fulfillment for comfort is obvious here as well. The dove in the card diving down into the cup is symbolic of diving deep into spirituality and allowing blessing and intuition to flow.

The Ace of Cups also represents inspiration, joy, and self-realization.

The Page of Cups shows a man holding a cup with a fish hanging out of it. He is dressed in floral and wears a beret with a scarf connected, representing the flow and divine artistry.

He stands near the wavy sea on solid ground. He is firm in his intuition and curiosity.

Cancer energy is sensitive, and much like the Page, the lesson learned here is to always be open to whatever comes your way.

Dream as wildly as possible and embrace your highest self. Cancers nurturing abilities can lead to over-protectiveness, being ruled by the moon means it has many phases it hides from the world.