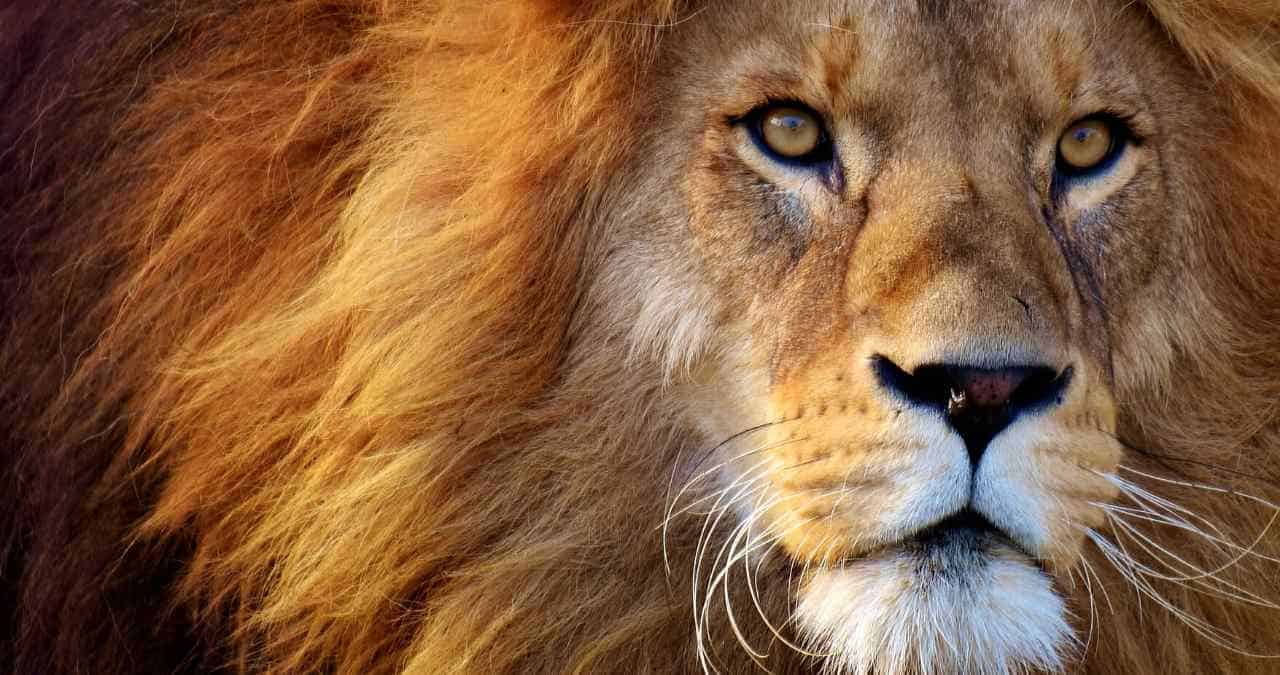 I have been really intrigued by how the signs of the zodiac interact with the tarot.  When working with Leo energy it is important to understand the lion and lioness is associated with this sign, because of the leadership and royal characteristic of this energy.

Leo also represents the fire element, not coincidentally being associated with the astrological planet we all are very familiar with, the sun. What tarot cards represent Leo?

There are eleven tarot cards that pull with this fire energy

Do you see all of the wand energy there, and wonder why? Wand and Pentacle aspects of tarot tap into that fire element expressively through in reading and divine meanings.

Pentacles also tap into Earth elements through divination, also obvious on the picture itself.

If you’re not familiar already in tarot, the cards are divided into two separate Arcana groups. Both groups are equal in meaning, it’s the energy that separates these into power.

There are only 22 Major Acrana cards in a tarot deck. They are known to have more energy behind them, move with more force. The other is known as the Minor Arcana and is comprised of 56 cards, then branched into four separate categories, and numbers from one to ten.

These cards are symbolized through everyday conflict and any current situations. Commonly known as less of an impact on your long-term journey, focusing on these cards during the short term is best.

Four Categories of the Minor Arcana

The four categories are divided up into wands, swords, cups, and pentacles. All representative of astrological elements, Leo is most associated with Wand energy because of the divinatory meaning behind these cards are more representative of fiery nature.

Since there are less Major Arcana, in the tarot deck than Minor Arcana it is known to be more significant if you’re presented with a Major Arcana card.

Leo and the Major Arcana

The two tarot cards representing Leo energy from the Major Arcana would be The Sun and the Strength card.

The Sun represents Leo’s ruling astrological planet and fierce drive to thrive in that fiery energy any Leo has at heart.

That same energy is shimmering through the warmth of a hug and passion a Leo brings through this Sun card. Leo and the sun card, visually and astrologically.

When these particular Major Arcana cards are pulled, they are known for being purposeful, and fulfilling along your journey.

Leo is a fixed sign, the Strength card shows the even-tempered, more feminine, relaxed side of the element. Strength shows a graceful lady caressing a lion as the beast drinks from the river.

She treats this animal as if is a small kitten, the woman moves so steadily forceful and secure in her mannerisms. She can tactfully conquer and rein all obstacles that come her way because of this, herself and her lion represents the tender side of this energy.

Leo and the Minor Arcana

The remaining cards representing the association with Leo are from the Minor Arcana section of the tarot. When these cards are shown in a reading, you can feel the warmth of the Leo pride coming through just as important as any other intuitive message from tarot.

Leos are friendly but can have outbursts of emotions and too blunt at times, these characteristics are driven deep into the meanings of the flowing cards.

King of Wands & Queen of Wands

First, the King and Queen of Wands present us with the upmost lion energy in their throne decor, dressed head to toe in warm bright colors showing off their wealth in red, and orange. and presenting multiple physical representations of the Leo lion.

Their faces are soaked in strong-willed persona, determined, and loyal. Their faces are kind too, yet powerful and you can’t help but notice small feline creature in the corner of the Queen’s throne, these cards visually represent what a Leo King and Queen channel into.

This strength is related to the element fire, like a small lioness praying through the pride lands, it has attributes to connect us with that fun, kind-hearted Leo sense we all feel at heart.

This complements the sign so well, bringing out some of the best qualities of this energy.

The Ace of Wands

The Ace of Wands represents all of the fire signs in astrology, bringing Leo, Sagittarius, and Aries energy altogether. More so the Ace of wands suggests lots of creativity and excitement coming into one’s life.

In the eight of wands, the action you see on the card itself represents quick movement, and assertiveness, obvious enough. Just think, how much force went behind those eight flying wands?

Offering determination and Leo aspects, along with the number eight being attached to Leo because August marks as the beginning of Leo season, and August is the eighth month go the year.

These ties are vital relations to tarot cards and Leo significance they bring into numerology as well.

Seven of wands shows us the fierceness a person can hold in their face also while waving a wand furiously in their hands.

This represents masculine energy we all have tapped into. A man seems to be the threatened and standing up for himself.

Leo can also be associated with danger, as signifying action and direction towards what you’re already comfortable with. Nothing will stop this fierce man from getting where he needs to go.

A little force can go a long way in the fearlessness of a Leo, bravest of the signs makes this card shine.

Six of Wands
Six of wands shows one being publicly acclaimed by their peers, one of the most familiar characteristics of Leo, being prideful when getting that reward.

Six noble horsemen holding six wands seem to boast in their victory as they march through a crowd. This momentous march shows the importance of being honored and promise in victory in Leo’s presence.

Its important to know, six of wands is also a representative of the planet Jupiter, astrologically related to a guardian fire sign,

Sagittarius, this is considered a victory card for Leo energy as well. Both fire signs, related to a common theme within these Leo energy cards, that intense masculine drive pushing us forward still.

Jupiter drives us to go into the unknown and come back better than before. Leo rules the heart, taking our limitless energy when it comes to bravery and royalties.

Alongside the Five of wands shows conflict and tension, most of all the suit element is fire, Leo attributes shine through representing the whimsical and bold.

This card is also connected divinely to Saturn the planet of limitation, which is understood to make one work harder to achieve one’s goals, is linked with the five of wands card as well. This is not meant to be represented as an adverse sign associated with Leo energy, but it is a notable quality.

This five of wands energy pushes Leo into the uncomfortable unknown to competition, though the lion is a warrior, everyone deals with struggle. This card always finds a way to link energy into the physical realm for us regardless of your sign.

Lastly, representing Leo’s energy in the tarot deck, the Knight of Pentacles is symbolized in both earth and fire elements.

These earth and fire elements work together presenting the force and fire, also an earthy, traditional sense. The earth relation will keep this card and divine meaning grounded.

Earth energy also moves more cautiously, meaning this action is thoughtful and direct. When a knight shows up in a reading know your offering is coming with a lot of thought behind it.

Knight of Pentacles is loyally paying it forward, he steps towards one’s goals with such confidence, the knight is presenting Leo energy through its confidence and leadership skills.

This is a steady move; he has worked hard for what he is bringing forward. Connecting again with that intense energy of being ambitious, and dependable, the Knight of Pentacles is a beautiful balancing act of fire and earth.

As expressed tarot and Leo energy are divinely linked and using these tools to better understand  aspects of fire, determination, big ideas, and even bigger affection.

These are stability cards, used in tarot readings where it defines a person or certain aspect that holds an astrological position in the Leo sign. These action cards are ambitious and connected to a higher power to be used for a greater good along anyone’s journey.

Read more articles about how the Tarot deck and the signs of the Zodiac are related:

My Favorite Items From Amazon… 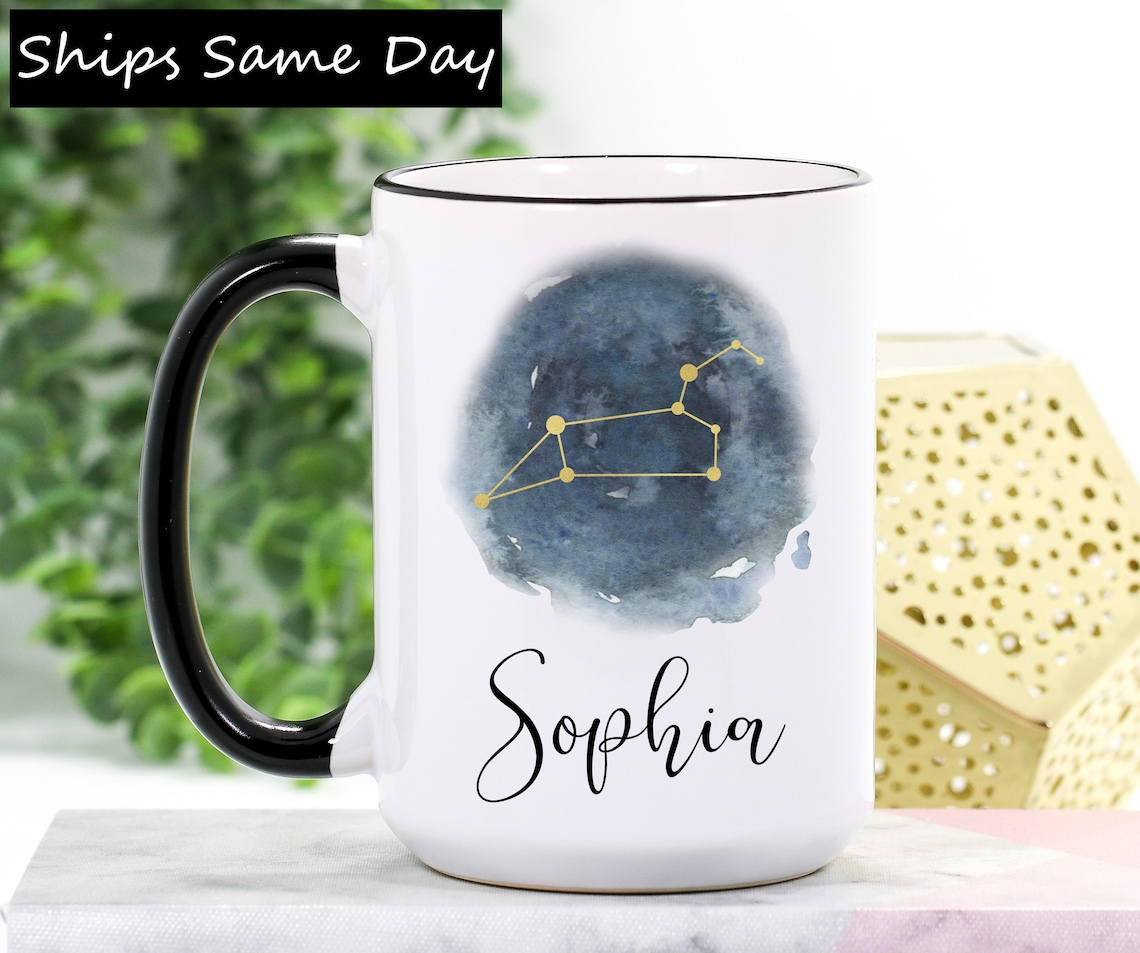 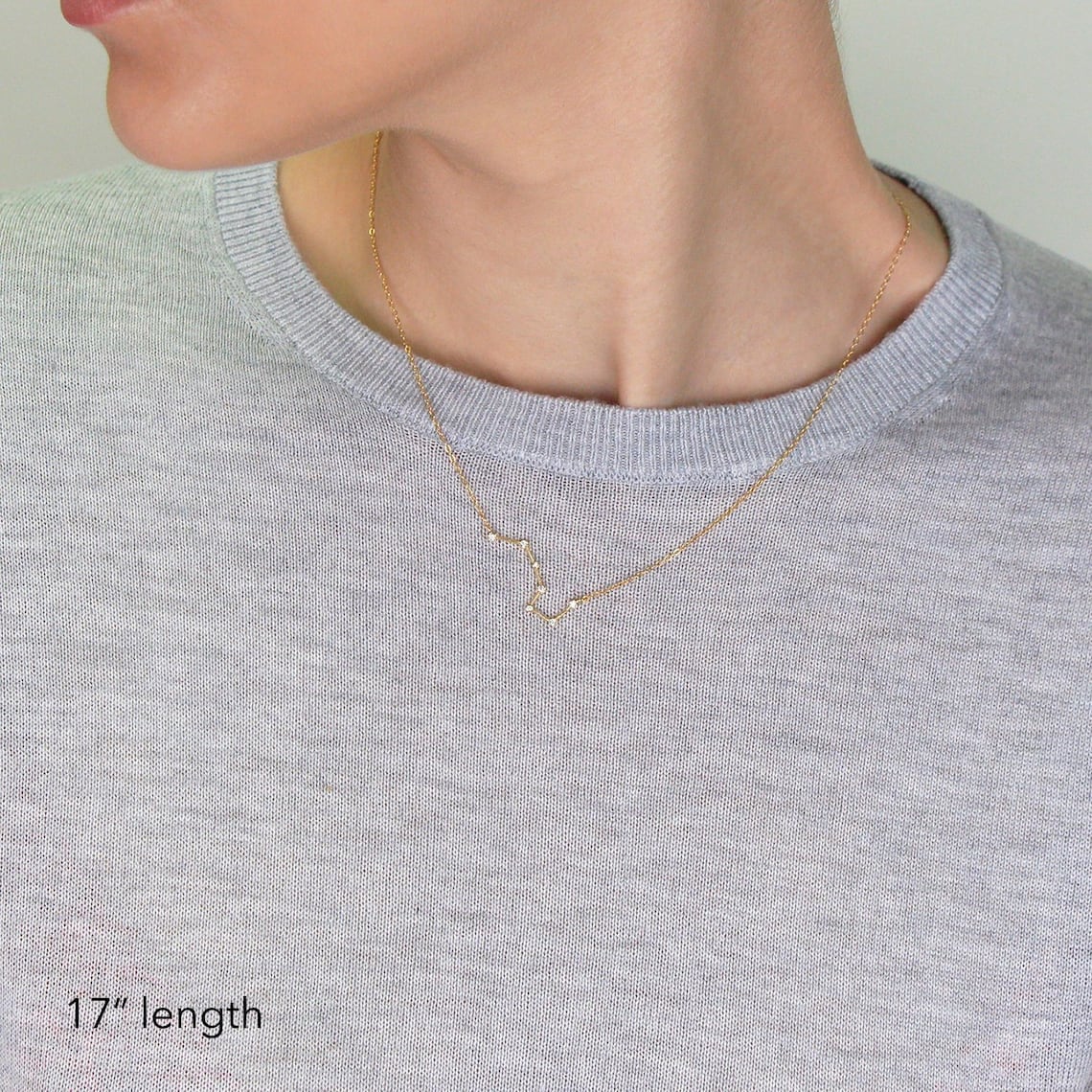 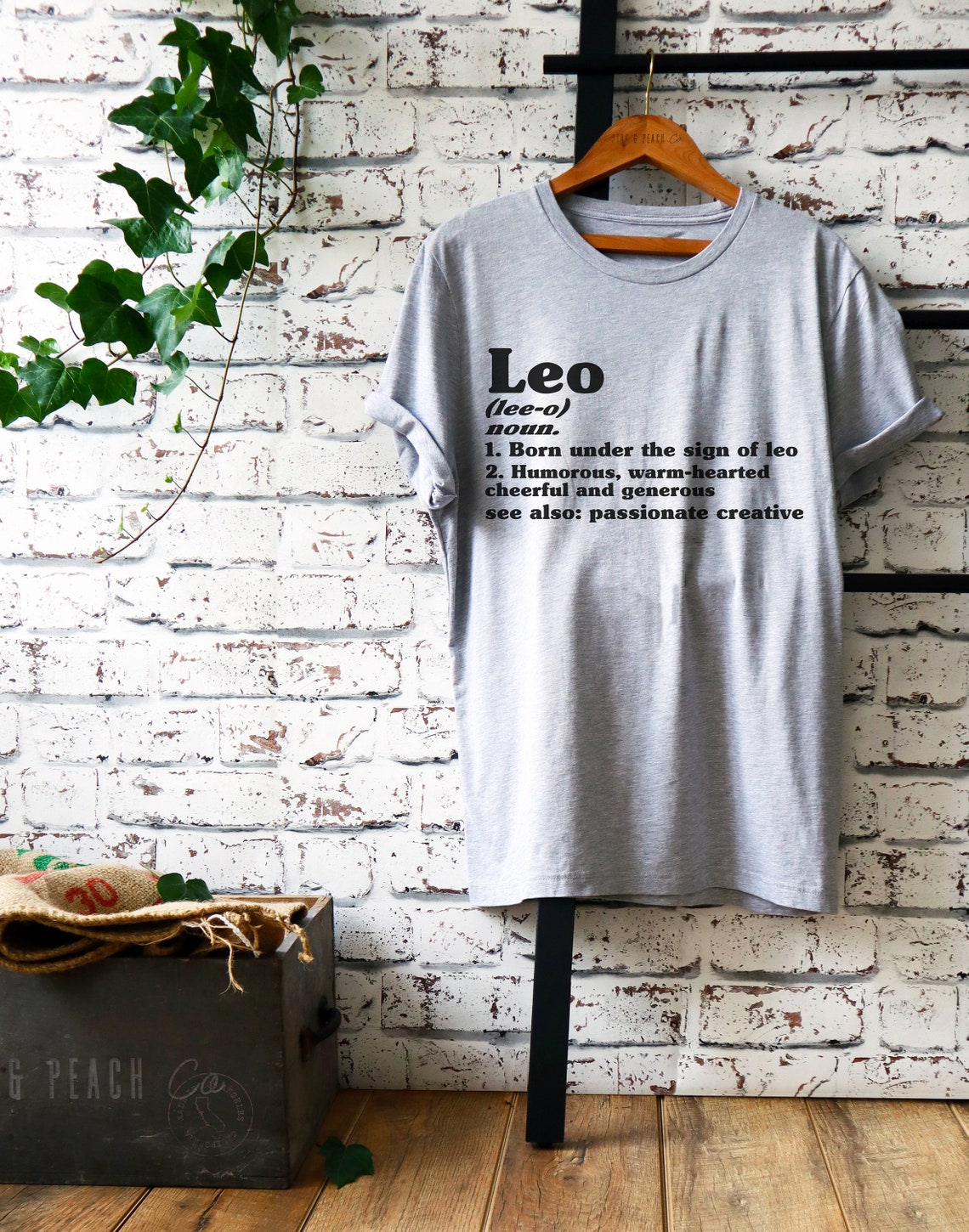