Have you heard about the Katy Perry & Taylor Swift Fued? Taylor is into Astrology and mentions this in passing... I dug deeper into her chart. Read more about what I found... 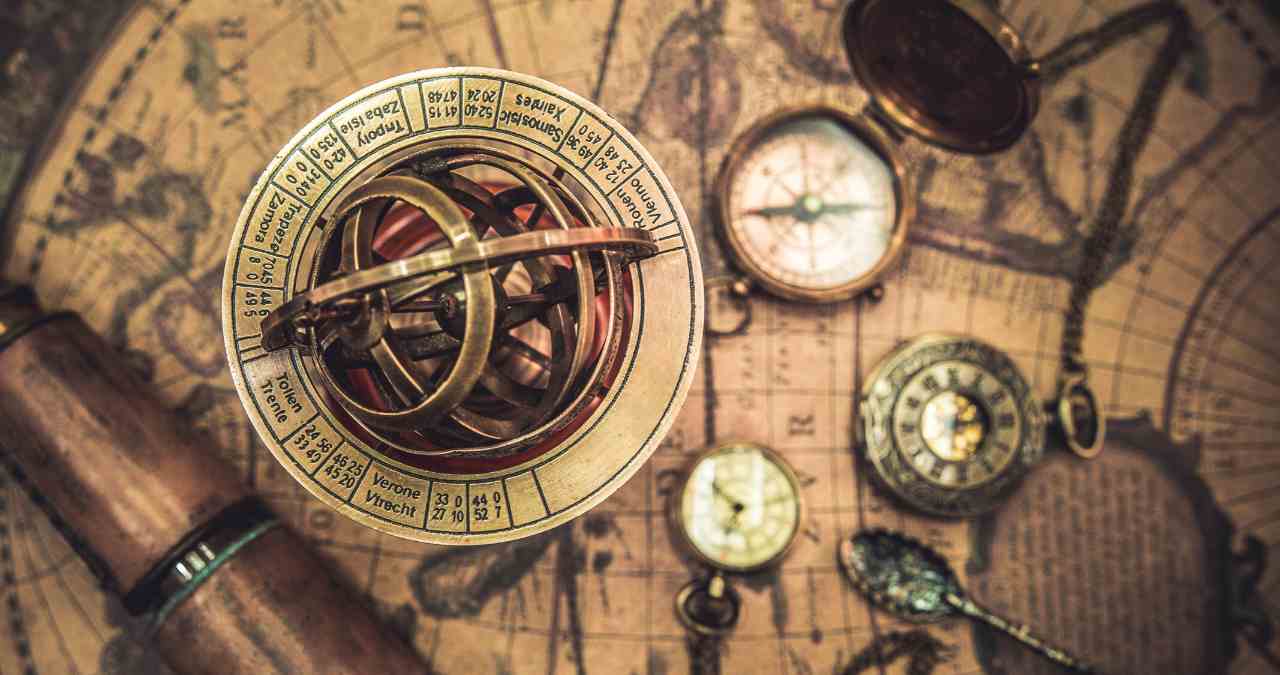 I’m not sure about you, but I was first drawn to tarot.  My mother had cards and would give readings.  I received a deck when I was young and started to learn more about my deck and the meanings of each card.

As my learning deepened, I realized that many of the tarot cards were connected to different signs of the zodiac. Both Tarot and Astrology have long histories, and both have been used to provide people with guidance and understanding of who they are and where they want to go.

The question remains, are tarot and astrology linked and how is astrology and tarot related?

Tarot and Astrology are linked and related through the 4 elements: fire, air, water and earth.  They also draw on energy of seven solar objects: the Sun, Moon, Mercury, Venus, Mars, Jupiter and Saturn. While astrology can be more calculated and empirical, the energy of the elements and planetary objects imbue both disciplines.

Before I dive deep into this topic, I wanted to point out the Related Articles section at the bottom of this page. I’ve collected a number of articles that I thought you would find interesting and relevant. Please check them out.

Let’s dive into how tarot and astrology complement each other.

The Four Elemental Groups of Astrology

There are four different astrological elements are fire, air, water, and earth; These four elements are associated with the four suits of the tarot deck:  Cups, Pentacles, Swords, and Wands.

The tarot deck can be divided into two sections, The Major and Minor Arcana. (read this article for more details about the Major Arcana, How to use the Major Arcana tarot cards)

These two Arcana’s are linked as equals during their association with each sign, each has two proper main cards. Both are represented and possibly repeated because of their possible association with other signs as well.

Here are a couple of articles about the zodiac signs that complement our discussion here:

During private readings, I have been able to pinpoint exact people by knowing their zodiac signs and any answers my client was searching for within their journey.

For example, I pull cards for someone who deals with severe jealousy and withdrawal in their relationships.  This situation has a lot of sword’s energy here, mostly associated with the element air, and all the Aquarius, Gemini, and Libra vibes.

The cards I pull are relatable and all elements pointing to air signs. Practicing with the cards and practicing your perception makes this journey of learning the relationship between the tarot cards and the zodiac easier to comprehend.

I recommend that you just take in bits and pieces at a time. When you are shown a card, its divinatory meaning could be meaningful during that time, or just the sign it’s representing itself.

Reading too much into Tarot cards is possible, just like the over-analysis of astrology could drive some woke person insane.

How to use both Tarot & Astrology together

The two philosophies, Astrology and Tarot, are intertwined with a connection of general knowledge of the signs.  When you are presented with the cards, you can understand your message especially if you are seeking answers from spirit about a particular person (an ex, or crush).

Remembering your ex’s zodiac or crush’s would come in handy here. The relation of tarot and astrology are the strongest here, because of personal experiences you’re able to connect the cards with astrological facts.

How are Tarot and Astrology Different

Where Astrology focuses on planetary movements for predictions, tarot cards focus on the internal powers of the divine universe. These two come from very similar backgrounds, dating back to the first century with the Egyptians.

It was not until later that tarot followed, around the fourteenth century with divinatory meanings.  Many cultures used tarot cards differently for thousands of years before.

The Tarot cards had been used in cultures to connect with higher powers, but the tarot cards are associated with a higher self. An infinite, equally positive source that focuses on bettering your emotional journey.

Tarot cards initially were a playing card game back in the fourteenth century. The individual card paintings are represented by a French carnival costume parade held in the streets.

These cards are a mystical link to Egyptian folklore with numerology and associated with many other religions like Hinduism and Judaism.

If you are already a spiritual human, you are understanding how many of these cultures and beliefs are all very similar and stem from the same God, or higher power.

Another article that talks about the history of tarot cards is this, “Are tarot cards religious?“

Is the zodiac equally represented in the Tarot cards?

Not all the zodiac signs have an equal number of cards associated with them.  That’s because the tarot cards read many energies and are associated with different flows of the pathway of your life.

When certain cards make themselves present to you take into consideration what is being present and your overall feelings. We are all capable of loving and connecting to our higher selves, people who read tarot for you are doing your shadow work for you.

Presenting yourself with these internal and external random arrays of decisions, the exact one you need to hear always seems to make itself seen.

Astrology is broken down into so many parts of our lives, more than we realize. When we delve deeply into our birth chart.

We can see and learn about the planet that landed on a specific astrological sign that was aligned at the second we are born.  We can learn how much this will affects us in our life.

Inter-relationship of Tarot and the Planets

There are 7 solar bodies (planets) that are also represented by cards from the Major Arcana:

All the planets represent different portions of our lives. When determining how tarot and astrology are linked, it’s obvious they flow in a divinely natural way. Three planets affect us more than the others:

These first three planets transit the most out of any other planet in our charts. They affect us more directly.

The larger planets in our charts that go into transit for years are long termed expanding obstacles we face in our lifetime.

Lastly, in our charts, we have the plant Pluto,

These plants farther away from us still affect us, their symbolism is unique to our journeys are we can connect with them using divinatory tools. Each astrological sign has the qualities that link them to tarot when we make the connection is when we understand the relation between the two the most.

For example, Mercury rules our communication, thinking and processing information, and someone with their Mercury in Taurus probably does not speak much, but when they do its logical and comes from a steady, practical place.

This is associated with the sign Taurus, and it is stable, patient speed. While someone with their Mercury in Pisces can come across as too emotionally invested or too dreamy about what they’re talking about.

See how the signs have an effect on the planets and us?

All these factors just come into play when you are practicing tarot, whether on yourself on another person. Repetition and studying the astrological charts will only make you advance and connect higher with your best self and doing this can also create a very comfortable space for growth.

Understanding what each planet represents in astrology is important and vital to fully comprehend your birth chart, but most importantly when working with tarot. To best understand your birth chart, get a notebook, pen, and sit down on your technology one day to write it all out in front of you.

Using phone apps is convenient but studying and understanding how different you are can take a lot more time and patience.

Read more articles about Tarot and the signs of the Zodiac:

Let me just say, I love to walk into my study and smell the lavender or peppermint coming from my diffuser (top left).

I also love the sound of ocean waves splashing against the rocks, or the sound of rain falling on a tin roof. The Sound Sleep Special edition because it offers 64 different sounds, but the White Noise Machine is much more affordable with 6 sounds, it’s definitely the best value of money.

No tarot room is complete without a Himalayan Pink Salt Lamp!

link to What is the T-Square in Astrology?

You are probably here because of your interest in aspect patterns in astrology. There are various aspect patterns to learn but, in this article, what we will be focusing on is one of the...

Continue Reading
link to The King of Cups Tarot Card, A Complete Guide!

The King of Cups is the benevolent lord who rules over the realm of emotions and the suit of Cups. In the Rider Waite deck introduced in 1910, the illustration on the card shows an older man... 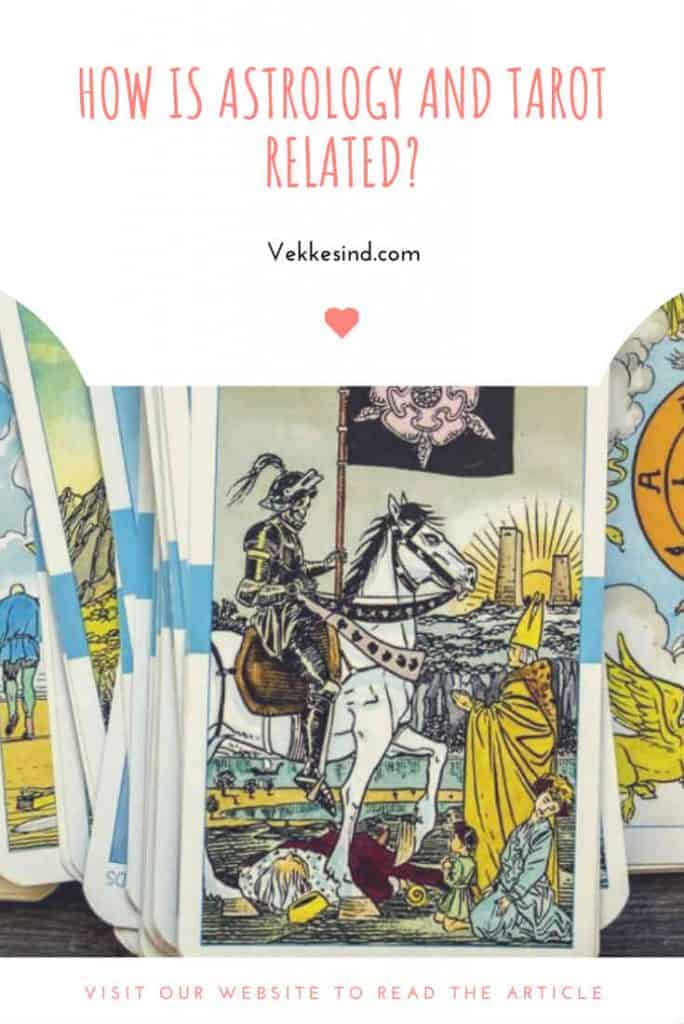