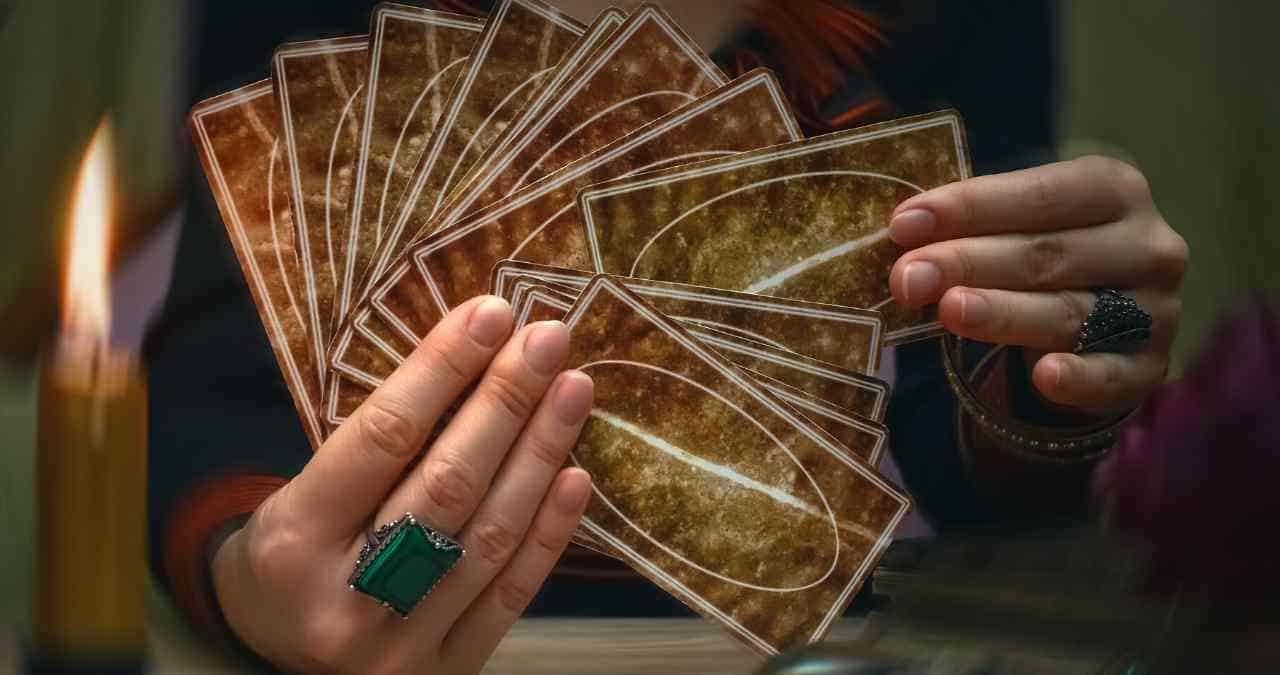 The Tower card in tarot is one of the most misunderstood cards in the deck. When one shows up in a reading, it is often expected that destruction, chaos, and sudden upheaval will follow.

It should be remembered though that Tarot cards have a variety of different interpretations, and that the Tower card isn’t always bad.  So can a Tower card be positive?

Yes, the Tower card not only represents chaos and abrupt disaster, but it can also mean powerful personal revelations, standing against chaos, radical transformation, and the fear of it.

All tarot cards have many interpretations depending on how they fall in the reading and whether they fall right side up or inverted.

Before we delve into the Tower card, I want to point to the Related Articles section at the bottom of this page. I’ve collected a number of posts that you will enjoy. Make sure you check them out!

Read on to find out more about the Tower card in tarot and why it doesn’t always signify a disaster.

The Tower card often has negative associations in a tarot reading because it primarily represents great change. It depicts a flaming tower brought down by lightning, and people falling from its heights. Because we are creatures of habit, change is rarely seen as a positive.

However, not all change is bad. Just because the Tower points to a sudden upheaval in a person’s life does not necessarily mean that the change will be bad. Some of the most positive changes in a person’s life are built on the back of their failures or low points.

One of the best things about a large change is that it causes a person to think on their feet and really reevaluate what is important to them. Necessity is the mother of invention and having the rug pulled out from under you in life often leads to solutions you never would have dreamed of.

Whether or not the Tower falls, the foundations it is built on are strong. While sudden change is rarely comfortable and often involves us making sacrifices in life to keep up, it can also lead us to opportunities we never would have known existed if it wasn’t for the falling of the Tower.

Note, In this article, I will be discussing the Tower card and imagery related to the Rider Waite-Smith Tarot deck.

I’ve also written a comprehensive guide to the Tower Card, read that here: The Tower Tarot Card, A Complete Guide

The burning Tower is brought down by a bolt of lightning in the illustrations on most tarot decks, and this is significant to the interpretation of the card.

The imagery of the Tower card may be frightening compared to some, with its destruction and people falling to their deaths, but it’s important to remember that the imagery on tarot cards is purely metaphorical.

Chances are you don’t have to worry about falling out of a flaming skyscraper any time soon. Rather, the figures falling from the Tower are representative of our past ideas and perspectives on ourselves and our situations in the world.

While the Tower card can sometimes signify some pretty serious chaos going on in a person’s life, it isn’t an indication that they intend to succumb to it.

Rather, the Tower is a symbol that stands against chaos, and from the rubble of the destroyed Tower, a new and better structure can be built. The Tower card might indicate the destruction of some of our old perceptions or ways of life, but a tower is a measure of defense.

Even if the Tower is destroyed, it is understood that a new (and stronger) tower will be built in its place, and the chaos that engulfed the first tower will eventually pass. The Tower card is as much about learning to shield oneself against changes in life as it is about being brought low.

The aftermath of a Tower card is that you become more adept at dealing with chaos and can even come to see it as a friend. Luck is dependent on opportunity, and opportunity is always chaotic. To find new fortune in life, sometimes things have to get shaken up a little.

The Tower Card Means a Clash of Fire and Earth

It is important to keep in mind the imagery of the Tower card and its deeper symbolism. The Tower is composed of stone and stands on a rocky outcropping, but is brought low by lightning and fire–these are indicators of both the earth and fire elements clashing with each other.

In tarot and in pagan mythos, the Earth element, which is also denoted by the suit of pentacles. Earth represents the following:

Similar to the destruction of the Tower by fire, large swathes of wilderness are eaten up by wildfire in the world every year, only to leave more fertile ground in their wake. In this way, the Tower card is similar.

The Tower Card in Reverse

It signifies a great change in one’s outer life when the Tower card is presented upright in a tarot reading, but it also has powerful connotations when it is inverted. The Tower card inverted is more an indicator of strong personal insights and the destruction of one’s perspective.

Everything you believe in can be stripped away and new beliefs imposed. Your values (and ultimately, your meaning in life) can be illuminated by the fires of a falling Tower.

While destruction can sound dangerous and scary, it doesn’t have to be. In order for us to form new opinions or take on new projects, we must put to bed our old value systems and beliefs. Sometimes in spiritual awakenings, this can be a sudden and powerful insight that changes how we see ourselves in the world.

The people falling from the Tower are representative of our own fears of change, and how we see ourselves in failure. But jumping from a burning tower, while dangerous and a leap of faith can be preferable to the alternative. The positive in it is that we have the choice to jump.

When You Get a Tower Card

When you get a Tower card in your reading, it can be scary if you don’t know the various interpretations of the card. Like the Death and Devil cards, the Tower card is often misinterpreted as a harbinger of doom when it really doesn’t have to be.

Rather, with the right positive attitude, a Tower card can point to radical personal transformation and the kind of life rebuild that ultimately makes a person stronger, wiser, and better equipped to handle chaos further down the line.

It’s important to look at the type of tarot spread the Tower card shows up in to determine exactly how it fits into your current reading. Depending on the other cards in the spread and the questions the spread is meant to answer, the Tower can have vastly different meanings.

For example, if you are doing a reading on your love life and the Tower shows up, it can mean everything from the destruction of the relationship to a breaking down of barriers between two people (and the transformation of their relationship into something deeper).

The Takeaway with Tower Cards – Change Is Good

Change can be frightening because humans are by nature creatures of habit, but the positive aspect of sudden change is that it allows for sudden evolution. After a Tower card, you will not be the same person you once were, and that can honestly be a good thing.

Whether you become a better person and rebuild the Tower stronger using personal revelation or lie weeping in the rubble of your old perspectives is completely up to you.

Shop For Tarot Cards and More on Amazon