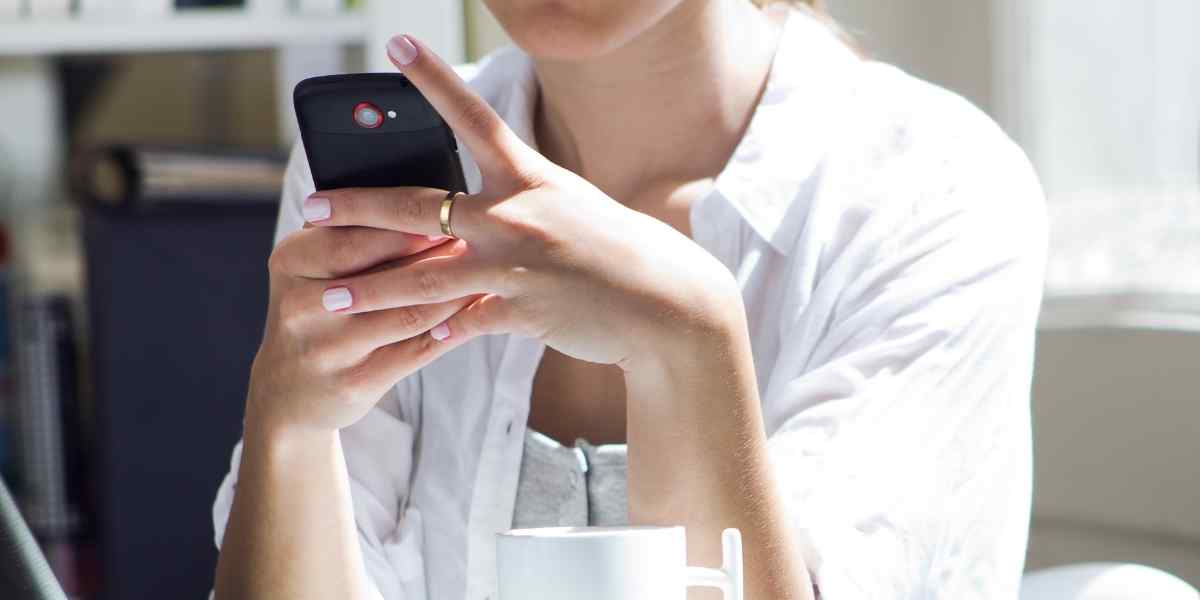 If you want to keep a man born under the zodiac sign Cancer interested in you, then you need to know how to text him.

When texting a Cancer man, keep your texts sweet and consistent. Boost his ego with lots of compliments and don’t try to play mind games with him. Be flirty but not too explicit and let him know that he’s the only guy for you.

How to Flirt With a Cancer Man Over Text

When you want to show a Cancer man that you like him, texting can be a great way to show him how you feel – as long as you know how to appeal to his zodiac sign’s sensibilities through texts.

One of the aspects of astrology you can use to determine your Cancer man’s communication style is his sign’s natural element. Each sign of the zodiac belongs to one of four natural elements. These elements are earth, fire, air, or water.

Cancer is a water sign, and water signs are known as being emotional, sensitive, and intuitive. This tells us that a Cancer man loves to be the recipient of sweet, thoughtful texts. Cancers are loving and romantic, and they adore being showered with attention and affection.

Text your Cancer man just to let him know that you are thinking of him or send him photos or videos that remind you of him. A Cancer man loves hearing compliments, so make sure to text him lots of praise and admiration.

You shouldn’t play coy or hard to get with a Cancer man over text. Don’t leave him waiting too long for a response on purpose just to make him sweat. Because they are so sensitive, Cancers take it personally when you ignore them or blow them off.

Cancer men value loyalty and monogamy, so you should also let him know that he’s the only guy you are texting. Don’t pretend that you don’t know who he is when he first texts you and don’t act like you are too busy to see him because you have so many other dates planned.

Some zodiac signs like teasing or playful bickering as a form of flirtation, but Cancer is not one of those signs. A Cancer man takes anything you say to him to heart, so don’t make fun of him in your texts, even if you are just joking.

Instead, flatter him and let him know that you think the world of him. This will get you much further with a Cancer guy than teasing him.

How to Seduce a Cancer Man Over Text

Before you try to seduce your Cancer man over text, you should recognize the difference between flirting and seduction. Flirting is how you show a Cancer guy that you are interested in him romantically and it’s much more subtle than seduction.

Seduction is how you let a Cancer man know that you are interested in him sexually. If you want a relationship with a Cancer man, you should start by flirting and work your way up to seduction gradually once you have established a romantic connection with him first.

If you only want a sexual relationship with a Cancer guy, you can try to seduce him over text right away. But if you want a more significant relationship, you need to start by flirting, otherwise, your Cancer guy will think you are only interested in him for sex.

When you want to seduce a Cancer man, you need to leave a little to the imagination. He is attracted to a mysterious woman, which can be explained by his sign’s ruling planet.

Each zodiac sign has a governing heavenly body that tells us something significant about that sign. While most signs have planets as their guides, Cancer is ruled by the moon.

The moon is evasive, mysterious, and is almost always partially hidden in the shadows. As the zodiac sign governed by the moon, it makes sense that Cancer men are drawn to enigmatic women.

This means that when you want to send your Cancer guy a seductive photo, you should make sure that you aren’t revealing too much. Instead of sending a nude, take a picture of yourself wearing a sexy outfit or a nice dress and ask him what he thinks.

You can also seduce him by focusing on his sign’s favorite body parts. Just as each zodiac sign has a guiding planet, every sign also correlates with a set of body parts.

These body parts could be the limbs that sign is most attracted to, their erogenous zones, their best features, or the parts that cause the most health problems.

The body parts correlated with Cancer are the breasts and stomach. When you want to send a sexy selfie to your Cancer guy, you should strive to amplify those assets.

Wear a low-cut shirt or dress and make sure to show off your clavicle and cleavage in the photo. You could also wear a crop top and let him see your abs.

The most important thing to remember when seducing a Cancer guy is not to reveal too much. Give him just a taste of what he wants, and he will come running for the rest.

Things to Text a Cancer Man

No matter what type of relationship you want to build with your Cancer guy, there are a few things that are always a good idea to text him.

The first is compliments. A Cancer man loves being built up by his partner or friends, so make sure you lavish him with praise in your messages.

Tell him that you admire how hard-working he is or that you think his eyes are sexy. Let him know that you adore his sense of humor or that you love the way he dresses.

Another great thing to text your Cancer guy is an invitation to your home. Every astrological sign rules a “house” of the zodiac, and Cancer rules the fourth house, which is the house of home and family. This tells us that Cancers are particularly attached to their homes and thrive in a cozy, welcoming environment.

Text your Cancer man and ask him if he wants to come over to watch movies or make dinner together. Make sure your house is clean, warm, and full of snacks, and he will come rushing over.

If a Cancer man invites you into his personal space, it means he really likes you. He wants to let you into his world and help you get to know him better. If he texts you to come over, you should take him up on the offer.

Finally, as a highly emotional sign, Cancer men enjoy analyzing and discussing feelings. You should text him to ask how he’s feeling or to ask for help with a sensitive problem. Some signs aren’t in touch with their feelings and hate talking about anything sentimental, but Cancers never shy away from exploring even the most uncomfortable emotions.

Why a Cancer Man Didn’t Text Back?

If a Cancer guy isn’t texting you back, there is probably a good reason. Cancers aren’t the type to ghost except in a few specific circumstances.

Every zodiac sign has a unique symbol that reveals something important about that sign’s personality. The symbol for Cancer is the crab, and like the sea-dwelling creature, sometimes a Cancer man needs to retreat into his shell.

If he’s not texting you back, he might be taking some personal space – not just from you, but from everyone – to recharge and be alone with his feelings. It doesn’t mean he has a problem with you or that he won’t text you back when he’s ready.

Another reason why a Cancer guy won’t text you back is if you’ve made him mad or hurt his feelings. Like the crab, he has a nasty pinch, and he will fight back if you’ve upset him. He could be giving you the silent treatment until you apologize or make it up to him.

If you want to build or maintain your relationship with a Cancer guy, you need to know the proper way to text him to keep him interested in you.

Keep your text messages sweet, romantic, and sincere. Don’t play games with him and don’t act too hard to get. Let him know that you like him, but never reveal too much when you’re trying to be sexy. If you follow these guidelines, your Cancer guy will always respond to your texts.

Have You Checked Your Birth Chart Compatibility?

We have this great tool that you can use to check your compatibility with your Cancer man. You will want to know the birthdate, birth time and location for your partner and yourself to get the most accurate chart.

The synastry chart is free, use the tool below. If you want a detailed analysis, then that’s only $25. Try it out!