If you are a Cancer man that’s looking at marriage to (or a long-term relationship with) an Aries woman, then please check the article, “Aries woman and Cancer man in marriage”. It’s specifically written for you!

The Cancer man is family-oriented and prioritizes his relationships. He will be able to give the Aries woman her freedom, which makes the Aries woman calm down and feel comfortable around him.

The Cancer man and Aries woman in marriage are not too compatible, but not impossible. The way they approach things may just prove a bit too different for each other’s liking. The Aries woman is ambitious and has lots of demands while the Cancer man is looking towards forming a family with someone for all of his life.

For more in-depth training on dating and a long-term relationship with a Cancer man, check out “Cancer Man Secrets“.

The Cancer man will be very devoted when it comes to the Aries woman. He is loyal and nurturing. There might be concerns about jealousy. It would be the Cancer man that may struggle with this more. Though he is gentle, he does love it when the Aries woman is protective and possessive of him.

Both of them are cardinal signs and can be sensitive but the thing is, the Cancer man is more sentimental compared to the Aries woman. When Aries is angry, she lets it out in bursts. The Cancer man tends to withdraw when hurt and might become resentful, though not immediately, he still tries to understand the person he loves. The way he loves is always endearing.

When the Aries woman is around the Cancer man, she becomes more feminine or she is able to lower her walls, allow herself to be vulnerable. He is a soft-hearted man that has an unconventional strength, and she is an independent woman that can be a bit too brash.

For more details about “Dating a Cancer man… and the 12 things you need to know!” click here.

The Cancer man and Aries woman are the same as fire and water together, one either dries someone up or drowns them. The Aries woman is dominant and impatient, when she wants it, she wants it now. She sees sex as something physical while the Cancer man may need an emotional connection to make it special. For him, it is an extension of his love.

In the act, the Aries woman may act quite selfishly. She might prioritize her own needs instead of the Cancer man. In turn, he might get hurt because he is sensitive. There might be issues when it comes to satisfying each other, so a lot of compromises will be needed.

For 7 Steamy tips to turn on your Cancer man in bed, click here!

Sometimes, the dynamic between the Cancer man and Aries woman can be funny. Both of them are moody. It would be complimentary that since the nature of Cancer is very maternal and that the Aries is always called the baby of the zodiac, they really have this sense of being home when together.

The two of them can be great friends given that the Aries woman remains tactful or if the Cancer man does not take her too seriously at times. If they come from a place of love and are truly concerned with one another, then there’s so much that they can learn from each other.

There should always be an understanding between the two of them, that they know their boundaries. The Aries woman may not like the Cancer man when he’s passive-aggressive. Her style is straightforward and it would make a conflict worse when he gives her the silent treatment than to talk about it.

The Cancer man looks for someone who is authentic and is leaning towards the long-term. He wants to have his own family. He enjoys taking care of them. This makes the Aries woman feel uncomfortable because she doesn’t want to rush being tied down. She is more about the experience, about living in the moment, and making the most out of life.

The Cancer man will dislike going through multiple relationships or having a temporary fling. They just want someone that’s willing to stay. The two of them can have a different perspective of what a relationship is like.

He would love to cuddle with the Aries woman, who might feel too smothered with it. Aries has a nature that it is okay to be affectionate and touchy, but too much clinginess on her partner’s part is not something she is pleased about, she may think it’s suffocating when done too much. Again, the Aries woman is more physical and about taking action, while the Cancer man puts his relationships first.

He shouldn’t be underestimated that just because he is soft, gentle, and affectionate meaning he is not a tough cookie. In fact, especially in the mythology, the giant crab that symbolizes them now faced Hercules in battle. He is just more defensive than offensive.

Check out “Cancer Man Secrets” for more in-depth training to completely win the heart of your Cancer man!

Does a Cancer man and Aries woman work, is it a good combination?

Marriage between Cancer man and Aries woman, In summary…

The Marriage between a Cancer man and an Aries woman can be challenging. At first, there may be an instant connection between them. The relationship can be described as opposites attract. What the Aries woman lacks is something that the Cancer man naturally has.

In marriage, the Cancer man will be alright in the background. When in conflict, the style of Cancer man can be withdrawn, he can be passive-aggressive eventually becoming resentful. Meanwhile, the Aries woman wastes no time to tell her what she feels as it is. She does not believe in mind games.

When it comes to children, it has always been something that the Cancer man is looking forward to, but the Aries woman isn’t really too keen. Having kids is something she would postpone. She is ambitious and if she is career-driven she would rather focus on that than be a traditional mother.

This may devastate the Cancer man since he is all about family and taking care of his relationship. He may be the one who would be more active in supporting his children and be the more understanding parent. To conclude, this pairing can work, but it does take a lot of work to make it happen. 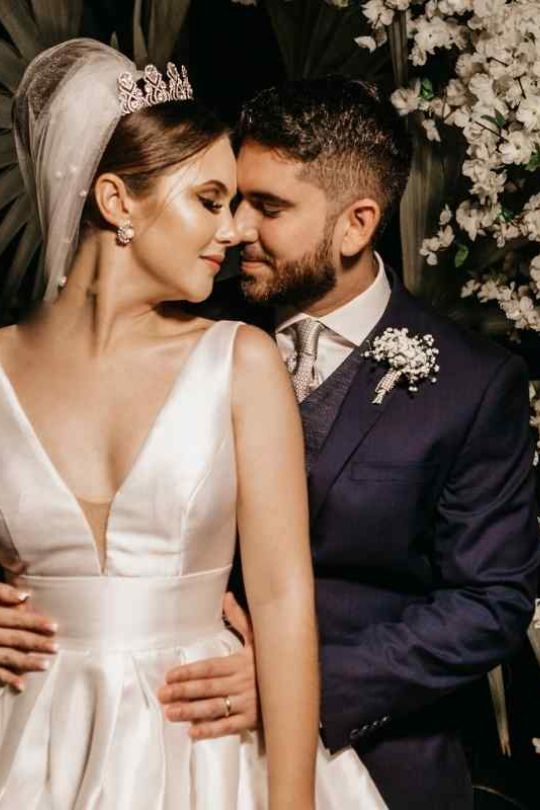