Assessing birth chart compatibility with astrology is not only for romantic relationships.

Birth chart compatibility addresses all situations where two or more people have a relationship with each other, but different types of relationships require looking at different things in the charts. What makes a lasting marriage, for instance, is not necessarily the same thing as what makes a hot date.

The following case studies will look at birth chart compatibility in the form of synastry in the situations of marriage (John Lennon and Yoko Ono), parent-child (Donald Trump and Ivanka Trump), and enemy (John F. Kennedy and Lee Harvey Oswald) relationships.

Synastry is explained in greater detail in Relationship Birth Chart Compatibility Report, Do You Belong Together?

The quickest way to explain synastry is to have you put the birth data for two people into our widget below. It is always ideal to have full birth data of date, city, and time of birth for both people. If you have birth time for one person and not the other, put the person whose birth time you do have in the top slot of the form.

The resulting synastry chart should line up two birth charts together so that you can see aspects, or connections, between the two charts.

The synastry chart above and the others in this article were made with the Solar Fire computer program. Solar Fire uses a different color-coding scheme for aspects than Astro-Charts; here, trines and sextiles are blue, and squares and oppositions are red.

Some Beatles fans have hard feelings toward Yoko because they think she broke up The Beatles, as reported in Rolling Stone. The synastry between John and Yoko gives a kernel of support to that theory.

Recall that the composite chart, an astrological technique different from synastry in assessing relationship compatibility, between John and Paul had Venus in Cancer near the Ascendant in Cancer. Working closely with Paul in The Beatles made John look sweeter and more wholesome than he would ordinarily be on his own.

Yoko, however, has Uranus in Aries closely conjunct John’s Ascendant in Aries. She therefore had to wake John up and call him home to his own wild and crazy self. The music John then went on to make with Yoko actually involved quite a bit of screaming at times.

Only someone with Uranus in Taurus could come up with a Bed-In for Peace, staying in bed, as a protest idea, but that was what John and Yoko famously did for their 1969 honeymoon, as reported by NPR.

As John and Yoko’s marriage progressed, John embraced the domestic side of their life together, as commemorated in the song “Watching the Wheels.”

While Saturn has a negative reputation for being associated with limitations and restrictions, it is often involved in the synastry of long-term couples as a force holding them together. Yoko’s Saturn in Aquarius is also trine John’s Sun and North Node in Libra.

As President of the United States, Donald Trump worked closely with his daughter Ivanka Trump. Ballotpedia notes that Ivanka was part of the presidential transition team and later a senior advisor in the administration.

Unfortunately Astro-Databank does not have a birth time for Ivanka, so I ran her chart for noon. The AC and MC angles generated for her should therefore be disregarded.

Donald does have a known birth time, so I have set his chart up in the inner ring of the synastry wheel so that the wheel is based on his known angles.

One of the more prominent features of Donald’s chart is the opposition between the Sun, Uranus, and the North Node in Gemini and the Moon and South Node in Sagittarius.

With this unsettled, devil-may-care configuration, he channels the puer aeternus archetype that is, for better or for worse, deeply embedded in the United States psyche.

Ivanka has a Venus-Neptune conjunction in Sagittarius right on Donald’s Moon. That shows that she is deeply engaged with this part of her father. With her Venus opposite his Uranus, she probably finds him exciting and liberating.

Neptune and the Moon, however, are a difficult combination in either an individual chart or in synastry. The Moon is looking for security, but Neptune has no boundaries, and it is difficult to have security when there are no boundaries.

With Ivanka’s Neptune conjunct Donald’s Moon, there probably is confusion, probably unspoken, between the two of them as to the boundaries of their relationship. Is she his daughter, or is she one of his political advisers, or is she something else entirely?

The Beheaded Goddess: Daughters of Narcissistic Fathers by psychologist Selma Nemer talks about how narcissistic fathers bond more closely with their daughters than with their own wives on the grounds that the daughter shares the father’s genes and the wife does not – the daughter, therefore, is part of the father.

With their Neptune-Moon conjunction in synastry, this type of role confusion would be worth looking into for Donald and Ivanka.

Ivanka has her North Node in Cancer on Donald’s Saturn-Venus conjunction. The sign of Cancer is ruled by the Moon and is often involved in issues of nurturing.

While the expectation is that parents nurture their children rather than the other way around, perhaps there is an unusual dynamic between Donald and Ivanka surrounding issues of parental nurturing.

John F. Kennedy, commonly referred to as JFK, was the youngest person to serve as president of the United States to date when he was elected in 1960. As noted in my article on Kanye West and midlife crisis transits, JFK was still experiencing his midlife crisis at the time.

Tragically, JFK’s life was cut short by assassination in 1963. The man accused of killing JFK, Lee Harvey Oswald, was then himself assassinated before he could be tried in court, so there was speculation long after the fact as to whether or not Oswald really committed the murder all by himself.

The charts of JFK and Oswald, however, definitely talk to each other.

For more information on this, see What is Alexandria Ocasio-Cortez Zodiac Sign? Presidential run predictions…

People with Saturn-Neptune conjunctions in their natal charts are either very successful in making their ideals manifest or very depressed when the world fails to live up to their ideals. JFK’s ability to manifest his ideals was of course cut off when he was killed.

Oswald has a T-square in his chart of Saturn late in Aries, Pluto early in Leo, and the Sun and North Node late in Libra. JFK’s Saturn-Neptune conjunction is near the Pluto end of Oswald’s T-square, so it makes sense that an encounter between JFK and Oswald would, at the very least, test JFK’s ability to achieve his ideals.

Mars is associated with physical energy, and Uranus is associated with shocking and surprising events. When these two planets are in conflict in even one person’s chart, there is the potential for impulsive action, possibly even violence or accidents.

When two people with interlocking Mars-Uranus squares come together – Oswald’s Uranus was conjunct JFK’s Mars – it makes sense that the interaction could be explosive.

Discover More About Your Relationship Through Astrology

We have this great tool that compares both you and your prospective partner to see how compatible you are.  This is called a synastry chart.

To get the most accurate analysis, you must know the date, time and location of your birth and your partners’ birth.  This chart can be used for love relationships, friendship as well as work relationships.

Try out the tool here!

Curious About Your Own Personal Chart?

In addition to the synastry chart that you can complete on this page, you can also create your own birth chart and get insights about your life and life path.  Try this free tool below! 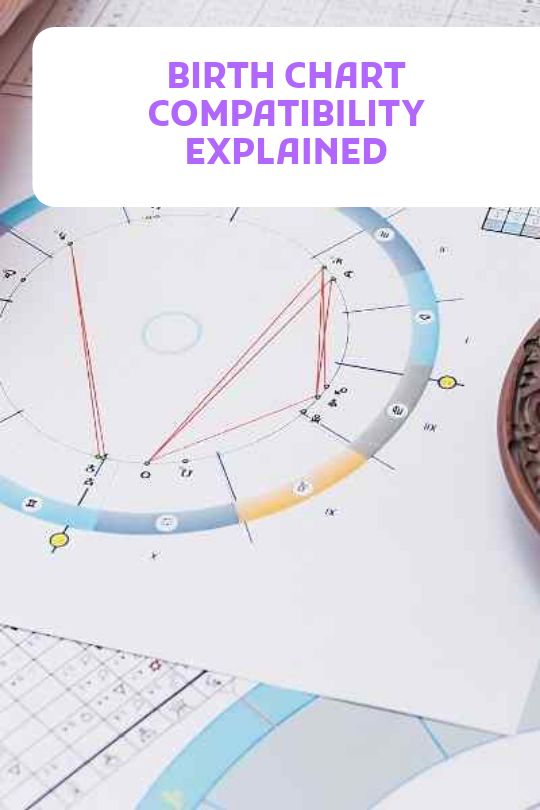 How To Text A Taurus Man – Vekke Sind

How to Read a Synastry Chart! The Big Questions Answered – Vekke Sind

How To Text A Cancer Man? – Vekke Sind

How To Text A Cancer Woman? – Vekke Sind

How To Text A Leo Man – Vekke Sind