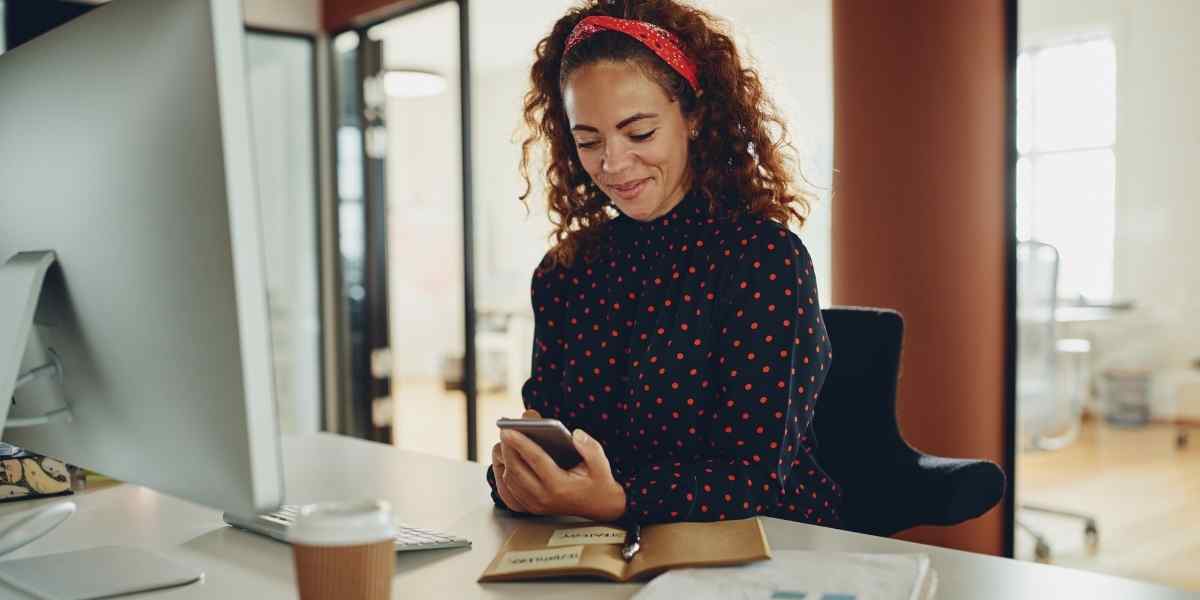 If you want to win over a guy born under the sign of the scorpion, you must master the art of texting a Scorpio man.

When you’re texting a Scorpio guy, keep your messages short and to the point. Be sexy and seductive, but be mysterious and play hard to get. Let him know that your heart is his and share inside jokes over text, and he will be yours forever.

How to Flirt With a Scorpio Man Over Text

If you want to flirt with a Scorpio guy over text, you need to feed his ego. He is a proud guy and takes himself very seriously, so it’s important to give him lots of compliments over text.

Scorpio men are unique and intense, and they like it when a woman recognizes how special and powerful they are.

Just make sure that your compliments are sincere and meaningful rather than empty, vague praise that could apply to anyone. A Scorpio man can detect a lie or false flattery from a mile away and it’s a huge turn-off to him, no matter how big his ego is.

Flirt with him by texting that you’ve never met another guy like him and that he is so magnetic you can barely control yourself around him.

You should also use texting to impress him with your sense of humor. Scorpio men have an unusually dark, dry sense of humor, so don’t hold back from making deadpan or sarcastic jokes. As the most sexual sign of the entire zodiac, dirty jokes always go down well with a Scorpio, too.

Scorpios are very secretive and crave intimacy, so sharing inside jokes is the perfect way to flirt with them over text. Create code words and jokes that are only significant to the two of you and look for opportunities to refer to them in your messages.

While it’s critical to express your romantic interest in him, you must also play hard to get with a Scorpio guy. He loves a mystery and doesn’t like it when he can figure out a woman too quickly.

Just be careful to keep the mystery alive while simultaneously assuring him that he’s the only guy you’re pursuing because a Scorpio man wants to possess a woman completely.

How To Seduce a Scorpio Man Over Text

For most zodiac signs, there is a clear distinction between flirtation and seduction. Flirting is how you show that you are interested in potentially being more than friends with someone, while seduction is how you express sexual chemistry.

But when it comes to a Scorpio man, there is very little difference between flirtation and seduction.

A Scorpio man’s overtly sexual nature can perhaps be explained by his astrological sign’s correlated body parts. Each zodiac sign has a set of anatomical parts that are of particular significance to that sign.

These body parts could be that sign’s most attractive features, the traits that they are most drawn to on others, their strongest physical features, or the body parts that cause the most health concerns.

Scorpio’s correlated body parts are the bowels, sex organs, and reproductive system. As the sign associated with the genitals, Scorpios are intensely libidinous people and always have sex on their minds.

When you want to seduce a Scorpio man over text, don’t be afraid to be overtly sexual. Send him filthy messages that spell out exactly what you want him to do to you and what you’re dying to do to him.

No fantasy is too dark or taboo for a Scorpio guy, so he is the perfect person to share your freakiest dreams with. Text him about the wild things you want to do in bed that you might be too shy to discuss in person.

Send him lots of sexy photos, too. The colors associated with Scorpio are red and black, so take a hot selfie of yourself wearing lingerie in those colors.

Some signs prefer feminine, delicate lingerie, but a Scorpio man is much kinkier than that. He’ll love anything you wear for him, but if you have anything like studs and leather, feel free to show it off in the photos you text to your Scorpio guy.

Just like when you’re flirting with a Scorpio man, it’s important to find the perfect balance between being loyal and mysterious when you want to seduce him. Make sure he knows he’s the only guy you are sending sexy texts to, but at the same time, always leave him wanting more.

Things to Text a Scorpio Man

Whether you aim to seduce a Scorpio guy or just win him over as a friend, there are a few types of texts that always work when you want a response from him.

A Scorpio man desires power and control more than anything else, so he loves receiving messages that make him feel like he’s in charge.

A Scorpio’s need for dominance may be explained by his sign’s guiding planets. Every zodiac sign has a ruling heavenly body that tells us something important about that sign’s personality. Scorpio is one of the rare signs that has more than one ruling planet.

This combination of traits makes Scorpios very intense and obsessed with control. You can cater to his ego and get a response from him by granting him the power he so craves.

Text him to ask for his advice, opinions, and permission if you want him to text you back right away. It could be anything as simple as requesting restaurant recommendations or something more complex like asking how to handle a tricky situation with a friend at work.

You can also appeal to his competitive side by texting him to make a bet. He enjoys engaging in any sort of contest, so text him to place a wager on the game you’re both watching separately. He will text you back and forth throughout the game as each team overtakes the other. To make your texts spicy, bet on something more interesting than money, like who gets to pick the activity for your next date.

As a general rule, you should always be honest in your texts to a Scorpio guy. He is an excellent lie detector and will surely catch you if you try to deceive him. If he ever notices you lying in a text to him, even a seemingly small and harmless white lie, it will take a long time for him to ever trust you again.

You should also keep your text messages to a Scorpio short and sweet. He loves having long, profound conversations; just not over text. He dislikes engaging in lengthy or important discussions over messages because he thinks they should be had in person instead.

Why a Scorpio Man Didn’t Text Back?

If your Scorpio man isn’t texting you back, you can bet that there is a specific reason for his sudden silence. While some signs simply forget to respond to all the texts they receive, Scorpios are very deliberate and intentional people.

If he is just too busy and forgets to respond to you, he will make that clear whenever he reaches out to you next. But it’s more likely that a Scorpio man is purposefully ignoring your messages.

As perhaps the most vengeful sign of the entire zodiac, the most likely reason your Scorpio guy is giving you the silent treatment is that he’s punishing you. If you have done something to upset him, he will try to make you suffer by hurting you back.

The other reason a Scorpio man might be ignoring you is that he has moved on to another relationship. He isn’t one to be single for long, so if you had an intense argument or haven’t seen each other in a while, he might have decided to move on to another woman.

When texting a Scorpio guy, there are a few rules you need to keep in mind if you want to win his heart.

Keep your messages short and to the point, be mysterious and seductive, and show off your dry wit. Text him just enough to show him that you’re interested in him and only him, but always maintain an aura of mystery.

If you follow these rules, a Scorpio man will find you irresistibly attractive and he will always text you back.

Is Your Scorpio Man A Match with You?

We have a tool that you can use to see how you and your Scorpio man might match up together! You will need to know the location, date and time of his birth and your own to get the most accurate reading. Try it out.

If you want even more details, you can purchase a report for $25 (but the free report does give you a lot of info already!)