Ambition or emotional security? Love or money? These are tough calls for anyone. For people who have Venus in Scorpio in their astrological charts, such dilemmas of competing values tend to take on an especially grand scale.

Venus in Scorpio people tends to have difficulty having it all. When they decide what they want to have, though, they are determined to get it.

Venus in Scorpio people uses an uncanny ability to read the room to set up situations to their advantage. They can cross the line into controlling and manipulative, but they can also get things done.

Before we get into the details about Venus in Scorpio, I wanted to provide a free tool that you can use to check where Venus and all the other planets are located in your chart. You need to provide your birth date, location, and the time of your birth to get the most accurate chart. Use the tool below.

Which Sun signs can have Venus in Scorpio?

Venus stays within two signs of the Sun in terms of relative position to Earth. That means people who have Venus in Scorpio can have the Sun in only the following signs: Virgo, Libra, Scorpio, Sagittarius, or Capricorn.

Why is Venus  in Scorpio a Detriment?

Each of the Zodiac signs is ruled by at least one of the planets. Venus rules two signs: Taurus and Libra. The signs ruled by a planet are the signs where that planet’s interests are expressed most straightforwardly and with the fewest complications. Venus has to do with what you value, which encompasses both money and love.

Venus in Taurus people have an uncomplicated approach to these things. They save money when they need to, they spend money when they need to, and they enjoy the physical side of love. Venus in Libra people have a more idealistic approach – Libra is an air sign, while Taurus is an earth sign – but they have supreme confidence that their love stories will end happily ever after.

This does not mean that people with Venus in Scorpio or Venus in Aries are doomed to unhappy lives. It just means that they may see the issues of love and money with more complexity than others do. For instance, there may be trade-offs like getting love at the cost of financial stability or vice versa.

Interestingly both Scorpio and Aries are ruled by Mars, so, whatever trade-off Venus in Scorpio and Venus in Aries people decide is their best option, they have the forceful quality of Mars to go pursue it.

As Scorpio is ruled by both Mars and Pluto, perhaps people with Venus in Scorpio were shaped by aggressive, even violent situations in their early lives. Their values may be informed by the sense that the world is not a safe place.

A good thing a Venus in Scorpio person comes away from such a background with is the ability to sense hidden undercurrents in a situation. Well, maybe it’s not always a good thing, because sometimes they pick up on things that others would rather have them not know.

The Venus in Scorpio person therefore relies on their own authority. It is hard for them to trust anyone else. The exception would be a tendency to trust someone who wields fear over them, because that is the sort of background they come from. When they do choose to trust, they can become vindictive if betrayed.

Venus in Scorpio in Love

Going back to the part about Venus in detriment meaning trade-offs, Venus in Scorpio might not want a stereotypically wealthy partner like a doctor or a lawyer, because – to sneak into their paranoid mind for a second – that’s who stereotypically runs off with their secretary at midlife, right?

Some Venus in Scorpio people would be happier with a financially poorer partner who has fewer other romantic prospects and is therefore less likely to leave. Venus in Scorpio might even be happiest as the primary breadwinner in a couple because then Venus in Scorpio would get to be in control of both the love and the money.

Another celebrity example of this sort is Hillary Clinton. Her husband, U.S. President Bill Clinton, was known for having affairs, but he also supported her political ambition. She went on, after his presidency, to serve in the U.S. Senate and as U.S. Secretary of State.

Venus in Pisces, however, tends to love in a generous enough way that even Venus in Scorpio’s calculating, the paranoid mind might come to question whether there is more to life than calculating and paranoia.

These two would be able to scheme together to come up with a unique relationship that suited each person’s needs as well as possible. It would be hard for the Venus in Scorpio person to be pushed to scheme out loud, but the result might be worth the trouble.

Venus in Scorpio people of any gender have a lot in common with each other, especially now that gender roles are not as rigid as they used to be. A heterosexual woman with Venus in Scorpio, however, might still feel the need to manipulate men, having the sense she can’t get her needs met more directly because the world’s deck is stacked against her as a woman.

A heterosexual man with Venus in Scorpio might feel uncomfortable using that manipulative energy himself. He might therefore attract women who treat him in a manipulative way.

For people with more complex situations surrounding their sexual orientation or gender identity, the stamina of Venus in Scorpio might reflect the ability to persevere despite difficulty finding acceptance. 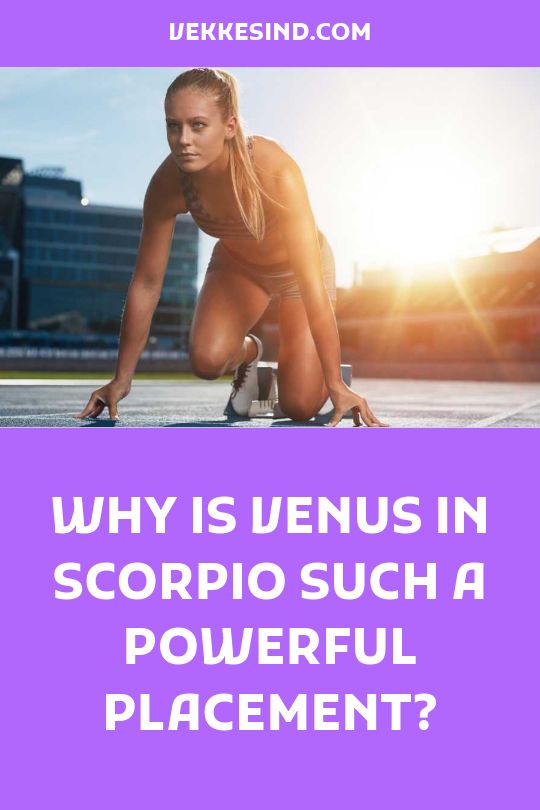 How To Text A Scorpio Woman – Vekke Sind

Venus in Gemini Compatibility. Who is Your Best Match? – Vekke Sind

[…] hardest matches for Venus in Gemini are Venus in Scorpio and Venus in Capricorn. Both Scorpio and Capricorn crave more stability and structure than Venus in […]