If you happen to be a Taurus man looking forward to a marriage with (or a long-term relationship with a Taurus man, then click over to the article, “Taurus woman and Taurus man in marriage”, which is written specifically for you.

Let’s get started…Taurus is a sign ruled by Venus, the planet of love, wealth, and beauty. Anyone that is under the influence of Venus would be a lover of comfort. Taurus is an earth sign, meaning their primary motivation is security. These people are resilient and perseverant. They are all about the senses and love it the most when they are pampered.

The Taurus man and Taurus woman in marriage are like getting to play in the homecourt. It will naturally work and seem perfect. They would understand one another without making an effort but the trouble lies on too much earth, that they might be stuck on what’s tried and tested and unwilling to initiate in something new.

When Taurus comes together, it will be down to earth yet remain romantic. Their partnership can be described as stable but it may not be the most exciting. It is the type of love that is comfortable without making an effort. It is the kind of love that is content for what they have.

The Taurus man and Taurus woman are both possessive and jealous, though they are still dating, they can be very protective of one another. Love language is expected to be about food and a lot of physical touches. Gifts are always appreciated and they might end up having a collection for a hobby.

The Taurus man and Taurus woman are both slow to anger, and so when it comes to commitment. They may enjoy their company but it is unlikely for either the Taurus man or Taurus woman to admit they like each other not until they have spent a significant amount of time.

Even if the label doesn’t exist yet, they will be very guarded if the other is talking to a different love interest. Maybe they will already act as lovers even without the label yet just to avoid the awkwardness. Though the Taurus man might seem casual and laidback, he is already memorizing her routines. He will become the man she can rely on.

A Taurus man is a practical man, when he likes you, he will take on a burden just to ease yours even for a bit. When trust is eventually built, he will begin to open up and let you in his inner world. There are times when he hasn’t admitted that he likes you, you might feel confused that he’s avoiding you, when in fact, he’s feeling crazy about you and he’s trying to deny the feelings out of practicality.

Don’t worry though, nothing turns on the Taurus man than consistency. When he realizes that the feeling is not going away, he may eventually think about a possible future with you. He may make more of an effort to spend time with you and evaluate if you will become good marriage partners. If there’s one thing to remember here, Taurus is a sign that prefers long-term commitments to casual affairs.

For more details about “Dating a Taurus man… and the 12 things you need to know!” click here.

The Taurus man and Taurus woman are sensual and selfless lovers in the bedroom but they might be too comfortable on what’s tried and tested than trying something new. Experiments are unlikely. Taurus is a sign that is associated with feeling comfortable at home so instead of booking somewhere, they will be content in the same environment.

Though it’s not to say that they’re not good in bed, it’s far from reality. After all, they are one of the most sensuous signs. It is just that they can view sex as one of the most important parts of a relationship. There’s always respect between them that even applies in the bedroom.

Maybe it would be nice if the Taurus woman will invest in lingerie. The sign is often said to be conservative but of course, it is exclusive for the Taurus man’s eyes. It is suggested that the Taurus woman learn a trick or two on how to tease her man. Investing in some naughty toys might also encourage more playful lovemaking between them.

For 7 Steamy tips to turn on your Taurus man in bed, click here!

The friendship between the Taurus man and Taurus woman is always lifelong. The Taurus man will act as the pillar for the Taurus woman. She will remain to be a loyal and reliable friend when he is in need. Whether it is physically, emotionally, or spiritually, the two have an understanding that they normally cannot find in other signs.

As fixed signs, they may be firm about their opinions and encourage one another to never give up. Change is not something they like which means they might be the same people that they met even if it has been 10 years that’s passed. This is a friendship that is for better or for worse.

The only case that will lead to the downfall of the relationship is if their opinions differ. These are two stubborn signs and they are willing to stand their ground. They might end up fighting a lot if they have different views on things. Though it would be magnificent if it was the opposite and they happen to like the same things.

As lovers, they have a practical and comfortable relationship. As long as they know they are loyal and safe with each other they will focus their energy on building a legacy or preparing for the next phase of life which is to settle down.

At this point of the relationship, the Taurus man may have already considered the Taurus woman as his partner in life. He is not the type to try for the sake of it. He wants to be sure he made the right choice. It is like investing and he doesn’t want to waste his time, energy, or effort.

Financially they will come to an agreement. Though they can be a lover of luxury, the Taurus man and Taurus woman have the same values when it comes to resources. They can work hard but also play hard. It is not always correct to stereotype the two as lazy when in fact, they are so practical that if they do not see the point in doing something, why would they even bother?

The challenge has to come down to their resistance to change. They are so attached to their comfort zone that rarely anything changes. This could either disappoint the other in the long run. Though they will be great when it comes to accumulating wealth together. Another possible issue is their unwillingness to admit that they’re wrong. Like other fixed signs, they have a sense of pride that they’re always right.

Lastly, as the two are possessive and jealous lovers, assumptions are most likely to pop out. They might start to question the other on their whereabouts and loyalty. Many times if the Taurus man or Taurus woman has had a bad experience in previous relationships, it may take more work to make them feel safe with you.

If separation inevitably happens, they are not the type to chase revenge, they will see that as a waste of resources. Like the Cancer sign, they have an elephant’s memory and never forget. They may plant a type of resentment but with Taurus, they will live their life as if you’ve never existed to begin with.

Does a Taurus man and Taurus woman work, is it a good combination?

The Taurus man and Taurus woman as a combination is excellent in a lot of aspects. Physically, emotionally, spiritually the two have a natural understanding of what they need and want. The issue will be if their views oppose. The two are stubborn to their beliefs and like a tree, it is mostly impossible for them to change their minds if not difficult.

Marriage between a Taurus man and a Taurus woman, final words…

The Taurus man and Taurus woman in marriage is a great partnership. Especially if they are looking towards building a long-term and stable life. To settle down and build a family. They have the dynamics to make it last.

There will be some pointers to make sure that they will not succumb to their weakness. The thing is since they are so conservative and not known to embrace change. They might get bored sexually at some point. It is advised for the Taurus woman to invest in enticing lingerie and for the Taurus man to be open with toys or even just looking for a location that’s different from their bedroom is enough.

Financially, they will do great. The two are managers of resources in astrology. They dislike waste although they do appreciate luxury items from time to time. Their downfall will have to do with their possessive and jealous natures if any of them or one of them has a traumatic experience in their past relationships. They would need to solidify their foundation and assure one another consistently.

Lastly, the marriage is most likely to last if their views happen to align, as one if not the most stubborn signs in the zodiac, Taurus will not back down on something they believe in. If it is the opposite, then most likely it is lifelong. It is not difficult to make the other feel content and that is enough for them. 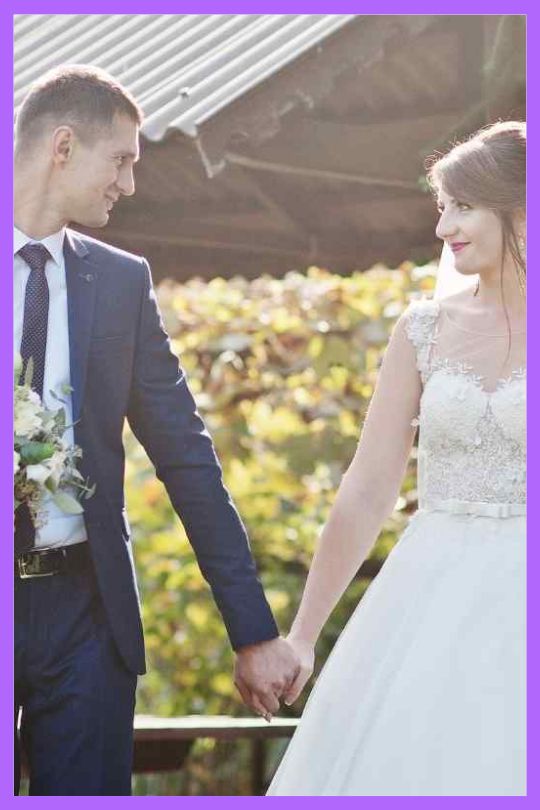