If you are approaching age 30 – or a multiple thereof like 60 or 90 – during the years 2020 to 2023, you may have an upcoming Saturn return in Aquarius. Saturn returns are a time when the structures of your life are tested and potentially overhauled.

Calculate Your Saturn Return in Aquarius

If you know the location, date and time of your birth, then you can use this tool to see what zodiac sign Saturn was in when you were born. Check out this tool:

While the Sun moves through all 12 Zodiac signs over the course of one year, planets and other celestial bodies move through the same 12 signs on different schedules. The official NASA length of the Saturn cycle is about 29.4 years.

The Saturn return that gets the most attention is the one that you have in your late twenties approaching age 30. A Saturn return in general is concerned with issues of life structure. In your late twenties, when you are still relatively new to adulthood, the push to pin down big life structure issues like career and partner and house can be dramatic.

The Saturn cycle, however, keeps moving along. If you live long enough, you will get a second Saturn return in your late fifties approaching age 60 and a third Saturn return in your late eighties approaching age 90. A 60-year-old considering retirement or becoming a grandparent is dealing with life structure issues too, but they have more practice at it than a 30-year-old.

Anyone who lived to age 117.6 years (29.4 x 4) would have a fourth Saturn return. Interestingly the oldest people ever documented by Guinness World Records have clustered near this age.

Alternately, if you have built your identity around being an outsider, your Saturn return in Aquarius may show you that you fit in more than you think you do.

Your Saturn return in Aquarius may also push you to look at who you consider your society. If you have fallen in with a community that is not right for you, your Saturn return may lead you elsewhere.

Another possibility for a Saturn return in Aquarius would be getting involved in a movement to reform your society.

Finding The Date Of A Saturn Return In Aquarius

Instead, your Saturn return takes place when Saturn returns to the same degree where it was when you were born. Each Zodiac sign is divided into 30 degrees, so you would have, for instance, not just Saturn in Aquarius, but Saturn at 5° Aquarius.

If you do not know the degree of Saturn in your birth chart, use this free tool below to look it up. (if you didn’t do it earlier…)

During summer and fall 2020, Saturn moved back into the sign of Capricorn. While the planets do not really physically move backwards, sometimes it looks from Earth like they are doing so, and these periods are called retrogrades.

Someone with Saturn at the very beginning of Aquarius could therefore have the process spread out, experiencing Saturn’s effects both before and after Saturn’s retrograde back into Capricorn. This was the case for the second Saturn return of actor Jim Carrey, who has Saturn at 1°35’ Aquarius according to Astro-Charts.

One way to get the dates of the exact hits of your Saturn return with Swiss precision is a free report available right here on this site, or you can visit Astro.com.

If you get lost when you are prompted to enter your birth data, the path from the main page is Free Horoscopes, then Extended Chart Selection, and then Special charts. You should reach the screen shown below.

The first page of the downloadable report gives a key to the report’s symbols. This report gives you an overview of many planetary cycles interacting with your birth chart over the next three years.

As highlighted, you will be looking within this report for transiting Saturn making a conjunction with natal Saturn. Conjunction is another word for at the same degree, which is what a return is.

The report then shows, as highlighted, that the exact hits of Jim Carrey’s Saturn return took place on: April 19, 2020; June 1, 2020; and December 31, 2020. Some people have only one exact hit of their Saturn return, but having three hits is within the range of common too.

A first Saturn return in any sign can be a time when the effort you have put into building a career finally pays off. This was the case for Jim Carrey the last time Saturn transited Aquarius.

Biography.com reported that Carrey began doing stand-up comedy when he was just 15 years old and then headed to Hollywood in 1983.

His big break, however, came on the TV show In Living Color from April 15, 1990 to May 19, 1994. As We Are Entertainment News pointed out, Carrey was a main player for the entire run of this show.

The show’s run overlapped substantially with Saturn’s last trip through Aquarius, which took place from February 6, 1991, to May 21, 1993, and again from June 30, 1993, to January 28, 1994. Like this time around, Carrey’s first Saturn return would have been on the earlier end of that window.

Shondaland noted that In Living Color “often tackled race and social issues through humor” with a mostly Black cast. Carrey, not being Black, was in the minority.

Carrey then starred in Ace Ventura: Pet Detective in 1994, and he went on to be known for zany, funny movie roles. One of the ruling planets of the sign of Aquarius is Uranus, which has an association with quirkiness and individuality.

Saturn is associated with restrictions and limitations, so one wonders if Carrey with Saturn in Aquarius felt trapped in the role of always being the zany, funny guy.

In the United States, this situation is about to be handed over to President-elect Joe Biden. Working alongside him will be Kamala Harris, who is the first female, first Black, and first South Asian person to be elected vice president of the United States, according to CNN.

Biden, meanwhile, is the oldest person to be elected president of the United States, according to Statista; he was 77 on Election Day in November 2020 and turned 78 later that month.

Back to Jim Carrey, his second Saturn return means he is no longer a young man. Fittingly, he just got a big role that parallels his own new stage in life.

Comedy show Saturday Night Live regularly satirizes political issues, so political figures expected to be in the news on an ongoing basis for the next few years typically have an actor or actress assigned to regularly portray them. Carrey will therefore serve as Biden’s double on Saturday Night Live, as reported by TheWrap.

Perhaps again, as on In Living Color at Carrey’s first Saturn return, humor can be part of the solution to the world’s serious problems.

Discover More About Your Relationships Through Astrology

We have this great tool that compares both you and your prospective partner to see how compatible you are.  This is called a synastry chart.

To get the most accurate analysis, you must know the date, time and location of your birth and your partners’ birth.  This chart can be used for love relationships, friendship as well as work relationships.

Try out this tool here! 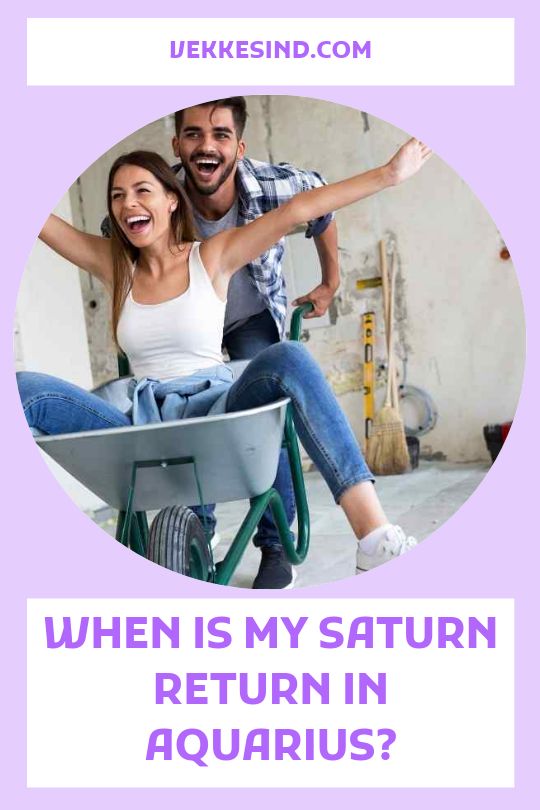 Who Is Venus in Aquarius Compatible With? – Vekke Sind