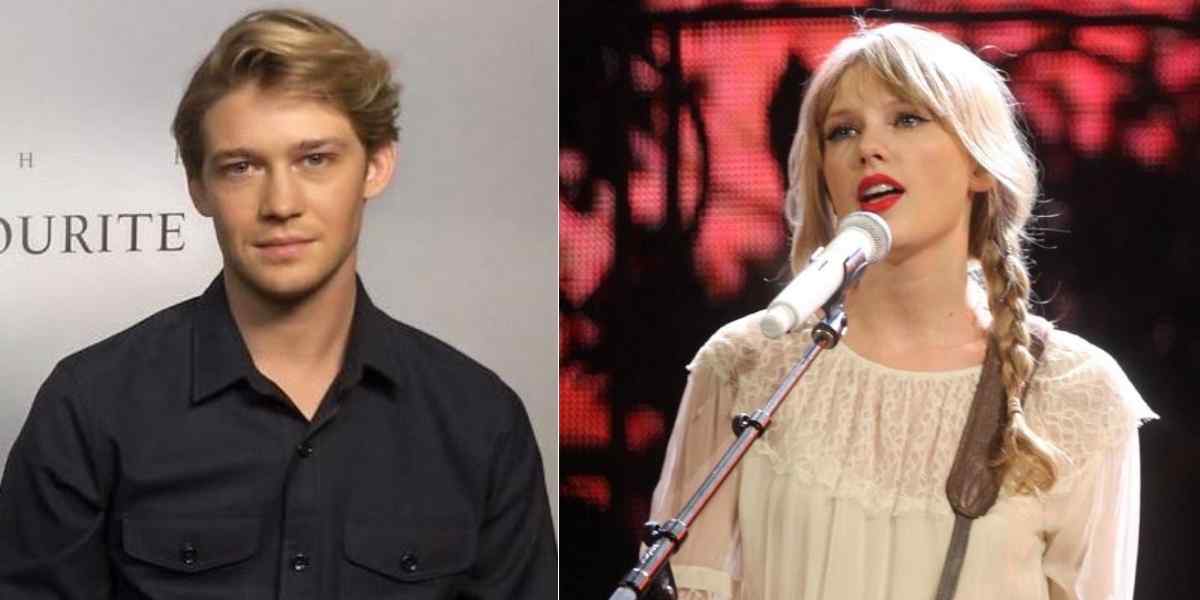 Something truly remarkable must happen to silence a Sagittarius. Taylor Swift was long known for having her relationships in the public eye until Joe Alwyn came along. Their courtship has since been shrouded in mystery.

By Sun sign, Taylor Swift is a Sagittarius, and Joe Alwyn is a Pisces. It’s not the most obvious match, but Joe connects to subtler parts of Taylor’s personality that were likely unearthed at her recent Saturn return.

The ongoing Saturn cycle has been a prominent force in Taylor’s life. Her Saturn return, a critical time for assessing the structure of one’s life, left her pursuing a vastly different kind of partner than she had been with before.

What does it mean to be The Archer?

Taylor’s 2019 song “The Archer” alludes to her Sun in Sagittarius. In astrology charts, the sign of Sagittarius is often depicted with an archer’s arrow.

As Taylor recounted to Rolling Stone, she once told Katy Perry, “Well, I’m an archer. We literally stand back, assess the situation, process how we feel about it, raise a bow, pull it back, and fire.”

Sagittarius is a fire sign, and fire signs are indeed action oriented as Taylor described. She is also correct that Sagittarius has an ability to stand back and assess a situation. This big picture view is why Sagittarius is associated with abstract intellectual systems like philosophy, religion, law, and higher education.

The actual constellation of Sagittarius depicts a centaur – half man, half horse – aiming an arrow at Scorpius, the scorpion. This may be where the level of “combat” described in the song “The Archer” comes from. When a true injustice is underway, Sagittarius’s crusading sensibility can be very useful in putting a stop to it. Other times, Sagittarius gets so caught up in some big idea that toes get stepped on.

Fortunately Sagittarius people are usually cheerful enough to wiggle out of whatever messes they blunder into. The time of year that the Sun transits Sagittarius is often full of holiday parties – Taylor’s December 13 birthday is right between Thanksgiving and Christmas.

The Sagittarius personality reflects this love of celebration all year round. The sign Sagittarius is ruled by the generous planet Jupiter, and Swift has already been recognized for her philanthropy.

How has Taylor Swift’s career followed the Saturn cycle?

Any astrology chart is a snapshot of where the planets and other celestial bodies were in relation to Earth at the moment a person was born. A person’s Sun sign is only one small part of that.

Taylor’s chart, available on Astro-Databank, shows that the planet Saturn is part of a prominent configuration for her, meaning that it is interacting with the other celestial bodies more than it is in most people’s charts. Saturn is associated with structure and discipline, and having more structure and discipline than most people have was probably necessary for her to move to Nashville, Tennessee at age 14 to pursue a music career.

The astrological significance of this move happening when Taylor was 14 years old is that 14 years is roughly half of a Saturn cycle. While the Sun moves through all 12 Zodiac signs over the course of one year, planets and other celestial bodies move through the same 12 signs on different schedules.

The official NASA length of the Saturn cycle is about 29.4 years. During that cycle, Saturn spends almost two and a half years in each sign. Taylor, like many other people born in the late 1980s and early 1990s, has Saturn in the sign of Capricorn.

Everyone has a Saturn opposition around age 14, when the ongoing cycle of Saturn has moved halfway through the circle of signs from where it was at their birth. Many religions hold ceremonies, such as the Jewish bar or bat mitzvah and the Christian confirmation, for people close to this age to mark the beginning of their adult role in the faith community. The physical changes of puberty are usually underway at this time too.

Everyone also has a Saturn return in their late twenties when Saturn has completed a full cycle since they were born. While the official length of the cycle is 29.4 years, the drama of the Saturn return often begins a little earlier, like age 28. (Astrology is also old enough to have existed before calculators, and astrologers’ tendency to round Saturn transits to multiples of seven years might have started then.)

Then, big life structure issues like house, partner, career, or children often demand attention. If the foundation on which someone has set up their life is faulty, that will often be revealed at their Saturn return.

Taylor, born December 13, 1989, is now 30 years old, so she has recently completed her Saturn return. In a September 2019 Rolling Stone interview, she described the corresponding time in her life as follows:

“You feel like you’re being completely pulled into a riptide. So what are you going to do? Splash a lot? Or hold your breath and hope you somehow resurface? And that’s what I did. And it took three years.”

The interview elaborated that this period in which her Saturn return took place included political controversy; conflict with other celebrities; making the album Reputation; and meeting her current boyfriend, Joe Alwyn.

The halfway point between a Saturn opposition and a Saturn return, or vice versa, is also significant and is known as a Saturn square. Taylor had a Saturn square transit in 2010 and 2011, when her Speak Now album was very successful. Her next Saturn square happens in 2026 and 2027, when she will be approaching her late thirties. Watch for developments in her career then.

Is Joe Alwyn The One for Taylor Swift?

Teen Vogue caught Taylor wearing a Pisces ring – Joe’s sign! – back in November 2017. However, Elle reported that the relationship between Taylor and Joe was still being kept quiet as of July 2020, though fans figured out based on Instagram posts that they quarantined together during the COVID-19 crisis.

Most of the previous lovers listed for Taylor on her Astro-Databank page have Sun in fire or air signs: Jake Gyllenhaal, Sagittarius; Joe Jonas, Leo; Taylor Lautner, Aquarius; and Harry Styles, Aquarius. Calvin Harris, a Capricorn close to the Aquarius border, is the lone earth sign representative.

These men generally have their fire or air Sun in a harmonious relationship to Taylor’s Sun in Sagittarius. It makes sense that Taylor and a fire or air sign partner would present a jointly extroverted image and appear often in the public eye together. The connection is obvious and easy to see.

Joe Alwyn, according to Astrotheme.com, was born February 21, 1991. That gives him Sun in Pisces, a water sign. The link between him and Taylor may not be as obvious as the link between a fire or air sign guy and Taylor.

Taylor’s Saturn return, however, was apparently so intense that she joked in her 2017 song “Look What You Made Me Do,” “The old Taylor can’t come to the phone right now … ‘cause she’s dead.” It makes sense that she might have emerged from an upheaval like that wanting a very different kind of partner.

Much of Taylor’s chart other than her Sun in Sagittarius is in earth and water signs. During Taylor’s recent Saturn return, she was probably forced to confront the parts of herself that she didn’t know as well. Recall that she described this period of her life with watery imagery like “pulled into a riptide.”

Venus in Pisces is an especially sweet and gentle placement, so it is easy to see how Joe could soften Taylor’s rough edges in a supportive way. This is a very interesting pair because Venus is historically associated with femininity and Mars with masculinity, yet here it is the woman’s Mars interacting with the man’s Venus.

Joe and Taylor seem well positioned to face the shifting landscape of gender roles that confronts the Millennial generation. Their relationship appears to be a comfortable place for each of them to be who they are.

Meanwhile, Taylor’s Venus in Aquarius is conjunct Joe’s Saturn in Aquarius. While connections between Venus and Saturn are sometimes associated with restrictions in love, they can bring commitment and stability to a relationship that has other more favorable indicators as this one does.