Synastry charts express the basic truth that everyone has a personality and not every personality matches with every other personality. When you stack two astrology charts together to form a synastry chart, though, how do you know what to focus on?

When you look at a synastry chart, just slow down and go through the seven most important aspects of it one by one. The Sun, Venus, The Moon, Mercury, Mars, Nodes, and finally the Outer Planets.

Use the widget below to generate a synastry chart for yourself and a partner. The chart is free, though you have the ability to buy a detailed report based on it. This article will also give you some guidance on how to interpret your synastry chart.

If you need a refresher on the planets and other celestial bodies included in an astrology chart, please see 7 Most Important Aspects of a Natal Chart.

Before it even occurred to you to look at a synastry chart, you probably had some idea of your own Sun sign and that of the other person. Sun signs speak to basic personality traits that are pretty obvious about a person, so it makes sense to look there first.

This website has many articles about the compatibility between people of different Sun signs, such as Aries Compatibility With Each Zodiac Sign. Understanding how it really works, however, requires understanding how the twelve Zodiac signs are categorized into four elements and three modes, as discussed in What is Lizzo’s Zodiac Sign? How this predicts her success…

In general, Sun signs of the same element – fire, earth, air, or water – have the same general approach toward life and tend to get along well with each other. These would be flagged in the synastry chart as Sun conjunct Sun or Sun trine Sun, if the aspect is close by degree.

Sun signs of the same element are spaced four signs apart. For the fire element, for example, that would be Aries, Leo, and Sagittarius.

Of the four elements, fire pairs well with air, and earth pairs well with water. The corresponding aspect between Sun signs would be the sextile, two signs apart, and this is generally a good match.

Sun signs of the same mode – cardinal, fixed, or mutable – are at least dealing with the same issues but don’t always agree on how to handle them. These would be identified in the synastry chart as Sun square Sun, three signs apart, or Sun opposition Sun, six signs apart.

To get into the guts of the synastry tool for a moment, it flags only aspects that are close in terms of degrees within a sign. The default orbs for synastry charts are between 0° and 4° depending on the aspect. For instance, it would catch Sun 1° Libra as sextile a partner’s Sun at 0° or 3° Sagittarius, but it would not call Sun 5° Libra sextile a partner’s Sun at 29° Sagittarius.

A close aspect by degree makes the dynamics between your Sun and your partner’s Sun more prominent, but if there is not one, it is still relevant to consider your respective Sun signs. This holds for the Moon, Mercury, Venus, and Mars as well.

Venus in an astrological chart shows what you value. It is therefore involved in situations where love and money are important, so it can be especially significant in romantic relationships and marriages.

Venus square or opposite Venus – both included under “Third Best Match” – can be more difficult, but at least they are talking to each other even if they are fighting.

Be sure to look at these aspects within the context of the whole synastry chart, though, in case there are other factors that are less favorable.

The Moon in an astrological chart shows your emotional nature and how you find security.

If you have a relationship where everything looks good on paper, like you and your partner have similar life goals and values, but you just can’t get along with each other on a day to day basis, look at what is going on with the Moon in your synastry chart.

Having Moon signs of the same element can make a huge difference in how well a relationship works. For example, nothing makes the emotional outpouring of a water sign Moon worse than a fire sign Moon telling them to snap out of it or an air sign Moon pushing them to intellectualize their emotions.

Having your Moon conjunct or trine your partner’s Moon in synastry is therefore having one big thing go right for you. If you don’t have that, though, at least knowing where your partner is coming from with their Moon sign can make things easier.

Mercury in an astrological chart shows how you think and communicate. What Zodiac Sign is the Smartest? describes the characteristics of different Mercury signs.

Having a harmonious aspect between your Mercury and your partner’s Mercury in synastry could show that your styles of thinking and communicating are similar.

If one person’s Mercury is aspecting the other person’s Sun or Venus, this could be a relationship where communicating about the relationship is important.

Mars in an astrological chart shows how you take action. What Is The Role Of Mars In Astrology? describes the characteristics of different Mars signs in individual charts.

If one person’s Mars is aspecting the other person’s Venus, this could be good for physical intimacy if that is appropriate within the context of the relationship.

If one person’s Mars is aspecting the other person’s Sun or Mercury, this could be a relationship where there is a lot of intellectual aggression.

The two of you can accomplish a lot together if you are able to channel that energy toward a common goal, but there is a risk of bullying and power struggles if you are not clear about the path forward.

The Moon’s nodes are a pair of points in your chart referred to as the North Node and South Node, and they are always opposite each other. For example, if your North Node is at 0° Libra, your South Node will be the same degree in the opposite sign, 0° Aries.

The nodes are typically interpreted as having to do with issues of destiny and life purpose. Some people also believe that the nodes have to do with reincarnation and what you did in your past lives.

While astrology cannot prove or disprove the idea of reincarnation, it doesn’t contradict it either.

Your South Node typically has to do with things that come easily to you, whether you want to view that as skills you developed in a past life or something that you got through your genetics or upbringing in this life. It can signify something you are comfortable with to the point of being in a rut where you don’t grow or move forward.

Your North Node, conversely, refers to what you are here in this life to do. This may be something that you are pushed to learn through trial and error.

Back to synastry, it can be very significant if one person has a planet or luminary conjunct the other person’s North Node or South Node.

If the conjunction is around one person’s South Node, the relationship might be comfortable, but the person whose South Node is involved might feel held back by the relationship, like it is preventing them from growing somehow. There might also be a dynamic where one person feels that they owe the other person something.

If the conjunction is around one person’s North Node, this might be a challenging relationship especially for the person whose North Node is involved.

The relationship may be very important for their personal growth, but it is not a relationship where things can be taken for granted. Every little thing has to be hashed out the hard way.

The outer planets are Jupiter, Saturn, Uranus, Neptune, and Pluto. These planets move slowly enough that most people within the same year or two have them in about the same places.

Point being, if you buy a synastry report for yourself and someone else who is a month younger than you are, don’t be surprised if it finds you have Jupiter conjunct Jupiter, Saturn conjunct Saturn, Uranus conjunct Uranus, and so on.

There are many practical reasons to pursue a life partner your own age, such as being on the same schedule for major life transitions. Age gap relationships are where synastry really shines, though.

If you have Pluto square the Sun in your own individual chart, for example, everyone your age will have their Pluto square your Sun too, so any partner who is the same age as you will find it easy to get sucked into your own internal conflicts around power.

If you partner with someone ten years older or ten years younger, though, they won’t have Pluto square your Sun, as even slow-moving Pluto changes position over the course of ten years. Such a relationship could therefore broaden your perspective beyond your own rut.

If one person has an outer planet aspecting the other person’s Sun, Moon, Mercury, Mars, or Venus, dynamics in the relationship could be intense and transformative. Saturn could feel limiting and repressive, while Uranus could bring surprises and perhaps too much excitement. Neptune could bring spiritual experiences or boundary issues, and Pluto could be associated with control issues.

Are you ready to get the details about your Synastry with your someone you care about? For just $25, generate a 20 page report that provides insights that you can use for a lifetime! 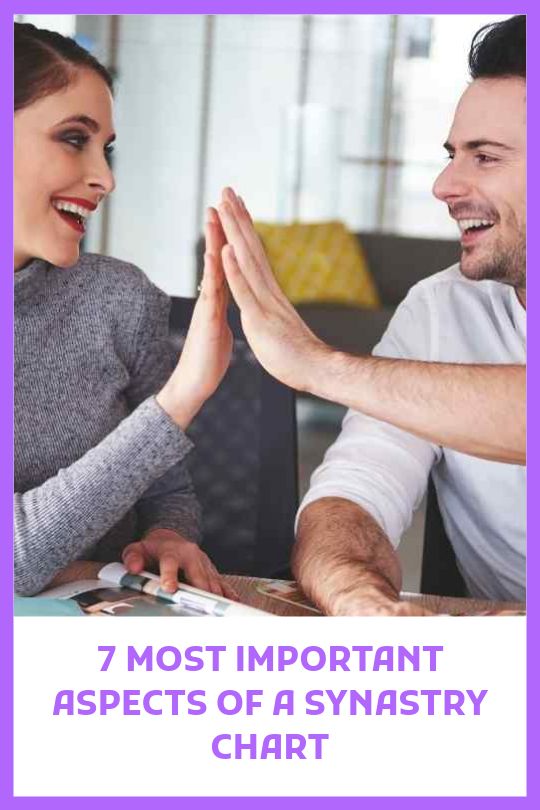