If it happens for you to be born on February 19, you have surely encountered different claims around your Zodiac sign. Some astrology resources can state that you are Aquarius, whilst others state you must be Pisces for sure. Now, you are going to find precisely what your Sun sign is for this fabulous date.

According to the Vedic school of astrology, if your birthday is February 19, you must be Aquarius. On the other side, western astrology might put your Sun sign in Aquarius or Pisces, depending on a particular position Sun had in the year you were born. Read on, you are going to find all the relevant information now.

The main conflict happening in the area of Astrology for centuries is the fact that two main schools, Vedic or sidereal and western or tropical use different astronomy positions of planets and luminaries (Sun and Moon).

This is exactly why if you were born on February 19, your Zodiac sign is Aquarius for Vedic, and it can be Pisces or Aquarius for the western school of Astrology.

Vedic Astrology uses the traditional sidereal position of celestial objects, meaning that this school observes the projections of the planets and luminaries onto the Celestial Hemisphere.

For this reason, for example, when the first day of spring arrives and we know it by the fact that day and night are equal at that moment, Sun is still in the constellation of Pisces and therefore, for any astronomer and Vedic astrologer, it’s still the Pisces season.

On the other side, if we take that same day and by knowing that the length of the day equals the length of the night by the beginning of spring, we know that the Sun crossed the Celestial Equator and the Aries season have started.

Western astrology uses the projection of the celestial objects onto the Earth’s plane and although it might sound odd, both systems are correct and the difference between information they use began a little bit more than two thousand years ago when the great astronomer/astrologer Ptolemy introduced the tropical astronomy.

In those days, both systems were identical, but due to the Precession of the Equinox, now the tropical astronomy and astrology are almost 24 degrees ahead of the sidereal astronomy.

If you are interested to learn more about this issue and to see What are the differences between Vedic astrology and Western astrology, please read here.

“Wobbly” motion of the Sun

Now, when it comes to western astrology which is the common system in our “western” world, the real issue regarding the old question – is my February 19 Zodiac sign Aquarius or Pisces, happens due to the fact that the Earth revolves around the Sun in 365, 25 days.

As you might have noticed, astrology charts are circular and this means that they have 360 degrees in total, and each sign has an area of 30 degrees. Since there is a difference between 360 and 5 days and 6 hours the Earth needs to complete its revolution around the Sun each year, this difference is shown in charts as a slightly different position of the Sun.

This is a small difference after all, but it can create a lot of confusion knowing that on February 19, the Sun can be at the last degree of Aquarius, or it can cross over the first degree of Pisces.

OK. So do you want to know what your sign is? Try this little tool!

To determine your specific zodiac sign if you were born on February 19th or 20th, enter your details below. Provide the date, location and time of your birth to receive your natal chart and ultimately determine your zodiac (Sun) sign.

The Revolutionary Spirit of Aquarius

Since according to the Vedic astrology your birthday February 19 belongs to the sign of Aquarius, and you also have some good chances this will be the same for the western school, you might be interested to know that you belong to the sign of “men”, as it is written in the ancient scriptures.

Aquarius is the fixed, air sign, ruled by the planet Saturn in the traditional sense, and the planet Uranus in some modern teachings. This sign represents the multitudes, especially human beings, their struggles, defeats, and victories.

Saturn’s qualities differ here from the sign of Capricorn, this planet also rules. While Capricorn has this aura of exclusivity, secretness and hidden or heavily politically covered actions, Aquarius is all about openness and speed.

This is an excellent place to remember the story about the denim or jeans because it shows Saturn in Aquarius perfectly well. Mining, gold, and coal are related to Capricorn, as well as the goldmine or the coalmine owner.

However, the man who “invented” the first denim textile had this idea that he could sell it to the miners as the material for their tents. Since he wasn’t able to sell those “new” tents, he used the same material to sew the pair of pants, claiming that those pants won’t be able to tear up.

This is how the pair of jeans was born essentially. First the miners, then the farmers and cowboys, and soon after, the whole world started wearing this piece of clothing. Although the rich still refuse to wear it, at least during some formal occasions, this material is something we all grew up with and have in our wardrobes.

This is the power of the Saturn in Aquarius. It will be for the poor, it will be practical, and it will take on the whole world.

In the same or similar manner, Aquarius individuals tend to improve the lives of all of us, because you have to remember that “necessity is the mother of all inventions”.

In many cases, those individuals come from the lower classes and build their dreams and visions in restrictive environments or with never-enough resources.

These are the good, common people who suffer the most when things get rough, and those who experiment and innovate when times are good. And some of them, those blessed by the electric insights of the planet Uranus, can become the exquisite scientists and reformatories.

Pisces – through the sea of illusion

On the other side, if your birthday is February 19, then your chances to be a Pisces Sun sign are very high in western astrology. And you can check right now, how Piscean traits complete your character.

This is the last mutable sign in the Zodiac circle, it belongs to the element of water and its ruler is Jupiter in the traditional sense, and Neptune in “modern” western schools.

Pisces is a dual sign portrayed by two fishes swimming in opposite directions. One represents the scientific, artistic, and spiritual heights, while the other shows all sorts of mental, spiritual deviations, as well as lies and illusions.

The sole meaning of the twelfth house as the Piscean area carries the symbols of the waste oceans of water or the cosmic space, but at the same time, it can represent confined spaces, like monasteries, hospitals, or even jails.

In this sense, someone could be the best writer in the world writing or creating film scripts about murders and crimes, but if this person refuses to write, paint or sculpt those inner planetary aspects he or she has in their natal chart, then those aspects are going to be activated through the actual crimes.

The same philosophy goes for researchers in the worlds of medicine, chemistry, astronomy or oceanography, theoretical physics, and mathematics, who can achieve great and lasting success through their professions, or they could easily slip and fall into the drowning worlds of mental instability, alcohol and drug addictions.

At this place, you should remember talented musicians who tried to juggle between the art and the addiction, and so many of them didn’t make it.

This duality and dancing between both worlds is the main trait of all Pisces, who appear to be quiet and collected, but only for those who don’t know them so well.

Dhanishta – the swiftest one

One interesting thing you should know if your birthday is February 19, is the fact that your natal Sun is placed in Dhanishta nakshatra according to Vedic astrology. Nakshatras are Moon’s stations, there are 27 of them in the sky, with one “hidden”.

If you want to learn more about this fascinating part of astrology, you should check What are the differences between Vedic astrology and Western astrology, please read here.

The symbol of this nakshatra is the drum, and this shows the close connection Dhanishta individual feels to music and rhythm in general. This is also the area of the Zodiac circle which shows prosperity, property ownership, someone brave, rich, liberal in most of the cases, and someone very fond of music, and that is why Dhanishta is called “the star of the symphony”, too.

Since this area is symbolized by drums, the individual will accomplish the greatest income and gain a professional reputation by involving in music creation, the music industry in general, or dancing.

On the other hand, this individual will feel the immense emptiness within their soul and try to fulfill that void with artistic creation all the time.

For some Dhanishta people, this will be the danger zone that could easily take them to the dark and hard-to-get-out dimensions of depression or substance abuse. And this is why it’s imperative for them to engage in creative processes more each time they feel down.

Their marriage might be delayed or in some cases denied, mostly due to their public persona and all the goods and the bad fame will bring to them. Also, they are prone to outer influences and easy to manipulate. On the other side, success could bring out the worst in them portraying them as greedy, selfish, or narcissistic.

Their positive traits are courage, insightfulness, compassion. And they are always able to accomplish financial success, especially while living in foreign countries. They also love mystery, mystique style, old and antique things.

On the negative side, they are always talkative, argumentative, could be careless, ruthless, make up stories, often in bad company, and with some “odd” sexual habits.

In many cases, Dhanishta people are highly absorbed by religious teachings. Those teachings often don’t correlate to the religion they were brought in, and in some situations, this “religion” could be some strange cult or some activity raised to the level of “religion”.

But, this is their “thing” and the quality their soul has brought to their current life to be mastered right here and right now in this incarnation.

Zodiac Signs On The Cusp 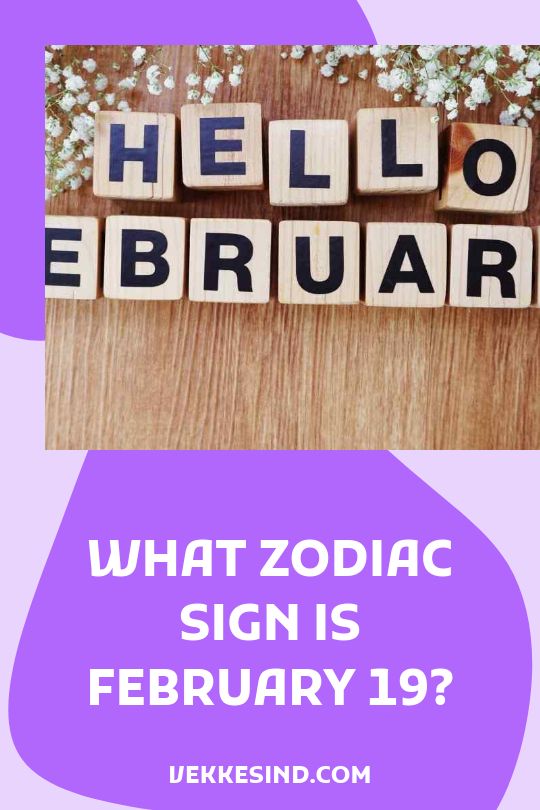