This article was written for the Taurus woman who is contemplating marriage to (or a long-term relationship with, or may already be married to) a Scorpio man…

If you are a Scorpio man reading this and are looking for what it could be like to be married to a Taurus woman (or have a long-term relationship with her) then click over to this article, “Taurus woman and Scorpio man in marriage”. It’s specifically written for you!

So, let’s get started… The Scorpio man is ruled by Pluto, the planet responsible for transformation. In traditional astrology, it was Mars that influenced him. This makes him controlling, strategic and detached. He does not trust easily and he would be the type to keep secrets to the grave. Determined and unstoppable, a Scorpio man doesn’t stop until he gets what he wants.

The Scorpio man and Taurus woman in marriage are complementary. There’s a natural attraction between the opposites. They both have the loyalty and devotion that they’re looking for. This could be a beautiful marriage if the foundation was taken care of.

For more details (and everything you ever wanted to know) about your Scorpio man, check out “Scorpio Man Secrets“.

When the Scorpio man starts to date a Taurus woman, the two will definitely take it slow. He may want to single out the Taurus woman away from her friends. He would want to get to know her in a way that has no masks. He wants to know how she’s like when nobody else is there to see her.

The Scorpio man is a jealous and possessive partner. Some may immediately say red flag, but if he finds a compatible partner, he becomes one of the most dedicated signs out there. The Scorpio man will feel that the Taurus woman is what’s missing in his life.

The Taurus woman feels like a laid-back and casual personality. She doesn’t want to attract attention necessarily. The Scorpio man leans on maintaining his mysterious character. What these two have in common is that they are both ambitious and know their priorities in general.

As two fixed signs, they may be too stubborn to admit who’s at fault. This can be where they will struggle. The Taurus woman is hard to change. She is comfortable with the things that always have been. The Scorpio man is usually associated with transformation. Every time he reaches a certain low point in his life, he comes back with a different personality or at least, a mindset, the one that adapts to the situation.

Things will go down fast if neither of them wants to reach a compromise. They have to remember it’s not about them competing with each other but more of what can they do to meet halfway and solve the issues together, if they can move past this, they can last in anything.

For more details about “Dating a Scorpio man… and the 12 things you need to know!” click here.

The Taurus woman loves pleasure. She is conservative and reserved but because of the strong trust that she has between the Scorpio man, she is able to enjoy a beautiful exchange with him. Romance aside, the two can be dominant. The Scorpio man may want to have a strong bond with her emotionally but he will still destroy her in the bedroom, respectfully, of course.

For 7 Steamy tips to turn on your Scorpio man in bed, click here!

As friends, there is a strong emotional bond that the Scorpio man and Taurus woman will feel about each other. They share similar characteristics like stubbornness, possessiveness, and generally the drive to chase what it is that they want.

The two of them become best of friends because of their common desire for stability which their friendship can also provide. If they do have different ideas, they will still remain loyal to one another but they might need to meet halfway or compromise if they truly want to last as friends.

Check out “Scorpio Man Secrets“, for everything you ever wanted to know about a Scorpio man (but were afraid to ask…).

When in a committed relationship, the Taurus woman and Scorpio man enjoy a stable and natural connection. The two generally are compatible. The Taurus woman wants the Scorpio man to show his love in action. They want a lot of assurances that they are valued.

She is predictable because she is hesitant to change. It is something the Scorpio man will find convenient because he has a controlling nature. The thing with Scorpio men, even if they were flirtatious before being committed to you, they only choose one person they’ll be obsessed with. The rest they can discard like objects.

The Taurus woman’s steadfast loyalty secures the Scorpio man. If paired with a different sign the Scorpio man can’t help but display controlling behavior. He may not like to admit he is jealous and will generally be possessive but with the Taurus woman, it feels like there’s no need to try.

If it works, they will never let go of their partner. It doesn’t matter if they will not be a perfect couple that agrees to everything, they will still be magnetic to one another. If the Scorpio man can take care not to be too secretive then it would be better for the long-term health of their relationship.

Does a Scorpio man and Taurus woman work, is it a good combination?

A Scorpio man and a Taurus woman is a great combination, whether it is as friends or lovers they are magnets to one another. There is little reason for them not to work out. Whilst there’s no perfect relationship, their disagreements are usually not strong enough for them to part for good.

Marriage between a Scorpio man and a Taurus woman, final words…

The Scorpio man and Taurus woman in marriage are almost perfect. They make great partners. They would mostly be friends first before they became lovers, and by the time they decide to marry, they would have known one another like family.

They wouldn’t have fallen in love at first sight. There is chemistry but they will still be reserved nevertheless. Once committed, they are usually focused on their person. The Scorpio man appreciates the simplicity and straightforward attitude of the Taurus woman.

The Taurus woman appreciates the calm exterior, strategic mentality, and most of all the practicality of the Scorpio man. Even if the Scorpio man seemed like a ladies’ man at first, his eyes are always on her.

He loves that she is ambitious and independent but still longs for the connection that she will have with him. The Scorpio man needs to take care not to have too many secrets because the two of them can suffer from jealousy and possessiveness. Though if they are able to build a strong foundation for their marriage, this behavior becomes protective rather than assuming the worse.

Their marriage will be like puzzle pieces that fit each other’s picture. They are able to form a partnership that is steadfast, resilient, and is not loud. It’s the strength of how much they can last that makes them shine apart from the rest. 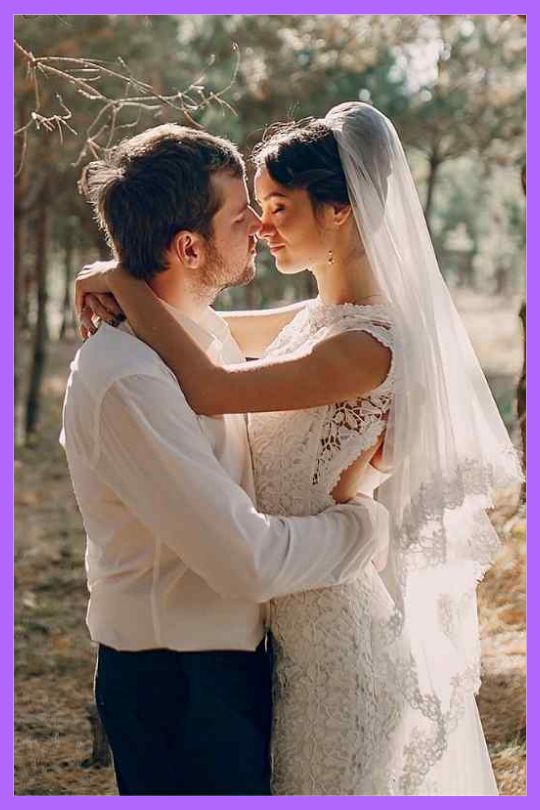