Have you wondered about the mental capabilities of the different zodiac signs?  I was having a discussion with a friend and we started chatting about this very subject.  After much discussion and debate, we finally compiled a list.

The zodiac sign that is the strongest mentally is Scorpio with Aries a close second.  In order of strongest to weakest I would say Scorpio, Aries, Capricorn, Leo, Taurus, Sagittarius, Aquarius, Cancer, Gemini, Libra, Virgo and Pisces. Although all the zodiac signs are special in their own unique way.

One of the things that I love about life and astrology is that we have such diversity.  There is Yin & Yang all around us.

Before we delve into our list of the Strongest zodiac signs mentally, I want to point out the Related Articles section at the bottom of this page.  I’ve listed a number of articles that I know you will enjoy!  Make sure you check them out.

Let’s review this list of the strongest zodiac signs mentally and really explore why.

What sign other than Scorpio would be number 1? Everything about this sign gives off intense energy. They are represented by a literal Scorpion, are thematically associated with death and rebirth due to their connection with Pluto, but also destruction and assertiveness due to their connection with Mars. That’s right, Scorpio has two ruling planets.

This makes Scorpio more of a mixture between two conflicting forces. Pluto, the force of emotional turmoil, constant change, transformation, and Mars, the force of activity, spontaneity, and pure energy.

This mix makes Scorpio who they are: Energetic, intense, outspoken, wrathful, and highly emotional. Their emotions are deep and their fears, particularly of betrayal, are great. They don’t take any nonsense from anyone and they do not forgive, and they do not forget. So please, don’t make an enemy with Scorpio!

They’ll vow revenge and seek to destroy you and your reputation forever. They can be merciless and manipulative too, so they know how to squeeze information out of people.

So it’s clear, Scorpio is worthy of being crowned the toughest zodiac sign.

Ok, I know my Aries readers are probably upset right now! How can the sign named after the Greek God of War be number two?! Shouldn’t that be an automatic ticket to being the toughest? Almost.

Aries has it all: Their tempers are super short, they think getting into heated fights is the greatest hobby ever made and shouting at other people is second nature to them. Aries is defiant and independent: They don’t need anyone to stick up for them, they can do that themselves! But what makes Aries only number 2? At the end of the day, they can forgive others, unlike Number 1….

Nobody wants to mess with Capricorn. They prize success, respect, honesty, hard work, and want to be as influential as possible.

Capricorn is one of the most dominant signs in the entire zodiac: They often want to bend others to their will and fantasize about having power over others. They don’t have a soft spot either:

They could care less about sentiment or passion; they just follow their goals and aspirations. If you’re in the way, they will show you how cold they can be.

The king of the jungle, the god of gods, and the favorite child of Jesus. Or at least that’s how Leo makes themselves out to be.

Their enormous arrogance lends itself nicely to being tough: It gives them enough confidence to confront anyone about anything smoothly and efficiently. Their aura of infallibility gives their opponents a sense of fear but also admiration.

They are passionate, stubborn (Still not as much as Taurus though!) and are willing to do whatever it takes to make sure nobody messes with them.

Have you ever gotten into an argument with a Taurus? If not, consider yourself lucky!

It’s an awful experience. Taurus is astrology’s most stubborn sign. They never change their mind, they never reconsider, and they could care less what you think. For this reason, the big bull of the zodiac is very tough.

They go into everything guns blazing and they won’t back down or be intimidated by anyone. Much like a bull, they will ferociously charge at their foes until they concede to their indomitable wills.

While they are pretty low on the list for a Fire sign, they aren’t that tough. Sure, they are usually the outdoorsy type and aren’t afraid of others, they just don’t have strong fighting spirits.

At heart, Sagittarius is an adventure and philosopher. They want to discover the truth of the world, experience it fully, get to know new people and travel. They don’t want to start fights, but be aware! Their kindness is not a weakness.

Sagittarius isn’t afraid of anyone and although they don’t try to be overly intimidating, they are capable of expressing that old school fire-sign fury they have inside.

Never underestimate an Aquarius! They never give up, never let someone stomp on their freedom, and are outspoken against injustice.

Aquarius promotes rebellion, free-thinking, and uprooting obsolete norms. Plus: They don’t have many emotions. This is normally a bad thing, but it does make them more “tough”.

They’ll gladly call out someone for their misdoings and shred them without any empathy, and they certainly won’t care about what you or everyone else thinks on the topic.

Don’t let the fact that Cancer cries all the time deceive you! Why? Because their emotions have a very powerful sway on how they act.

They don’t let their feelings swell up deep inside, they let them out! This is why Cancer isn’t a pushover sign: If they feel threatened, they will (metaphorically) pinch you with their claws and scurry away where they feel safe, and won’t come out.

So never mistake emotion for outright weakness: If Cancer feels that they, their family, or their home is under attack you’ll regret it! Their instincts are to protect and nurture, so they will never hesitate to come to the defense of their loved ones.

Gemini is similar to Libra in the toughness category: They aren’t very tough. Smart?

Absolutely. But Gemini is a sign that loves communication, and usually, this means that they like to agree, not have a serious life-and-death rivalry. They are carefree and don’t want to waste time starting petty fights, they want to focus on the big picture.

So even though they love getting into arguments, they aren’t the type of person to just fight someone they don’t like forever.

Libra is a sign that just can’t keep a straight face. They love laughing, flirting, gossiping, and making everyone get along.

They have such a strong interest in seeing harmony that they are represented by the Scales of justice since they are always balancing out the two different sides of the story in their head.

While it is true that “the diplomat” has an authoritarian streak, and can be subtly bossy and controlling, this part of their personality rarely comes out. Most of the time you can find Libra yapping up a storm and telling jokes. But watch out, they can deliver some witty one-liners!

Shy Virgo isn’t exactly a tough guy either. They can be wisecracks who have an eye for detail and a sharp intellect, making them a menace in Scrabble, but not tough.

Save for the strong emotions, Virgos are very much like Pisces since they are on opposite ends of the zodiac: They are two sides of the same coin. They are peaceful altruists who enjoy harmony, being of service to others and value good communication.

Plus, Virgo is probably kind of nerdy! Not something associated with “toughness”.

Innocent Pisces couldn’t harm a butterfly. Sure, they certainly do have a dark side to them but they aren’t overwhelming. Most of them are kind, sweet, intuitive peacemakers who love nature and have rich imaginations.

They are selfless, wise souls that are more philosophical than anything. In addition to this, they are also mature. As the last sign in the bunch, they take on a few of the other sign’s traits, giving them wisdom and the ability to see other’s points of view.

None of these are combative traits. So don’t worry too much about Pisces! They’ll surely want to befriend you, not fight you.

So, Does this mean that I should just avoid certain signs?

Of course not! Always remember that we have more than one zodiac sign. Each planet has one sign, so really, we have several different signs that are giving us their energy.

This list is meant to showcase the signs on their own, what they are like when they aren’t influenced by anything else. So just because someone is a Scorpio, they could have a lot of gentle signs in their Mars or Moon sign and be very soft, while a Virgo could have many Aries and Leo placements and become much more hostile to others.

So always remember to check the entire chart! It’ll help you a lot.

OK. So do you want to know more about your sign? Try this little tool!

To determine your specific zodiac sign provide the date, location and time of your birth to receive your natal chart and ultimately determine your zodiac (Sun) sign.

If you want even more details, you can pay $25 for an in-depth report that provides you insights based on your date and time of birth. 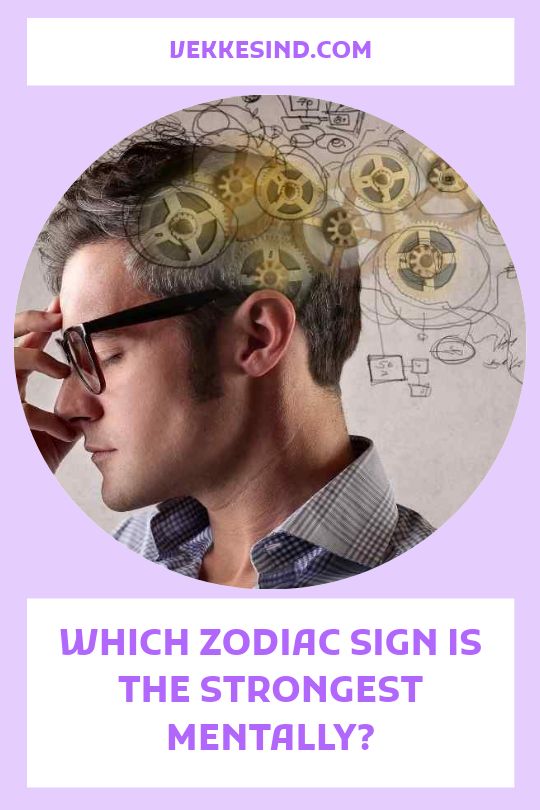 LEO is the strongest and toughest sign. It's the Zodiac's only apex predator and the only sign ruled by the almighty Sun. Lions are stronger than scorpions, rams, and goats and can bring down bulls so get your facts straight.

Which Zodiac Sign is the Strongest Physically? – Vekke Sind

[…] the conclusion that there are a couple of different ways to look at this.  You could consider Which Zodiac Sign is the Strongest Mentally? (read about that […]