The Pisces woman is the hopeless romantic of the zodiac wheel. She is a daydreamer, the meek, and the artist. She has a sensitive temperament and words really could kill her. Though she makes up for it with her forgiving heart and a mindset that is ready to let go and surrender. If she has a motto in life, these lyrics from a Spanish song would suffice “Que sera sera, whatever will be, will be.”

The Pisces woman is done with you when she has already left you emotionally. She becomes cold and distant. She may be having a hard time accepting things didn’t work out but she will find her way. She will stop listening to you and pretend you never existed.

That said, let’s see what it look likes when a Pisces woman is in love…

The Pisces woman in love

When the Pisces woman is in love, she sees her man as an extension of her dreams. She thinks of a wonderful future the two of them will have. She aspires to have a fairytale kind of love. Her ideal partner is someone who is strong and can protect her.

She makes a good housewife and is caring. Her love language can involve a lot of cuddles, love notes, and serving your favorite sweet treats. The Pisces woman does things that let you know she thought about you. She is a natural nurturer and can be a martyr for the person she loves.

This is why she may also be susceptible to being taken advantage of. She is naïve. The Pisces woman always chooses to see the good in people. She loves to please and if she is mature, she will not let it be bad that she becomes a pushover.

Pisces women are happy when their lover is happy. She wants to be aware of what you need and fill them. She takes note of what you like and what could be your weaknesses are. According to astrology, Venus is exalted in Pisces because she chooses to see the beauty in people whilst it is at fall in Virgo because it chooses to find fault in everything.

A Pisces woman that loves you does it unconditionally. She is like Psyche from Greek mythology. She will face many trials to prove her love for someone. Though she is still the fish, and when she believes that it is not worth it, she may choose instead to surrender and let the flow lead her to calmer waters.

7 Clues a Pisces woman has moved on…

She doesn’t fantasize about you anymore

The Pisces woman will always think about the love of her life. She may want to talk to you all the time, if you’re not together on the phone or when you are, she cuddles with you. She is happiest when you’re around even better when you’re happy because of her.

When you are separated from her, she may allow disappointments to cloud her view of you. She doesn’t see you as a worthy partner anymore and is regretful of the time and dedication she poured into you. It’s not unsurprising if ever the Pisces woman will make a song or poem about you.

She stops putting you first

The Pisces woman in love will sacrifice in the name of love. She can be a martyr for her cause. You may have gotten used to her putting you first. She is a natural nurturer and likes to keep her peace. Maybe a breakup with her can go in two ways.

One, which will resentful and bitter. There have been some conversations online amongst the astrology community that mutable signs, notably Pisces do have the ability to become serial killers if they chose to. Though this is just an example and will not reflect each Pisces woman. It is just a cautionary tale not to underestimate them because they can imagine a lot of ways to keep tabs on you.

Another way that the Pisces woman will proceed after a separation is that she will love you unconditionally. Maybe in a distant way, she will go ahead and make her own life and is hopeful to meet a new love but she cherishes the memories both of you made and will have a place in her heart. She becomes a friend you can rely on when tough times come through.

She keeps her distance

The Pisces woman in love is clingy, affectionate, and nurturing. It is not the same when she feels alienated by you. It’s possible she is still hurt about what happened and by running away and not facing you, she is able to distract herself from feeling anything.

She may make excuses not to see you. Even if it’s in a group setting, she will make up a story about why she can’t join. The Pisces woman will find it difficult to move forward especially when she has loved her man with all of her.

The Pisces woman may choose to block you from her social media accounts. Pisces may not always intentionally disappear but they do it so naturally that it feels like it’s a talent. She believes love should be given freely and not have to be forced from someone. The Pisces woman will do this to protect herself.

She can be hysterical

The Pisces woman may naturally be calm and peaceful as she is a free spirit but when she has tried to communicate her needs with you but it fails multiple times or it has been happening for quite a while, she could become hysterical. The Pisces woman is already sensitive at the core and when pushed she may focus on all the things that were promised but never did.

It’s possible she could lash at you though she may start to be gentle about it at first. When she no longer likes being with you, she will have you wondering if she has lost her mind. The Pisces woman may try to hurt you intentionally just to get you to understand her.

She spends more time with her friends or meets new people

When a Pisces woman is in love, she loses herself to her partner. He becomes her world. Now that it is destroyed, she may seem to have suddenly made friends out of nowhere. She won’t have time for you but is actually spending it with a different set of people.

She may start keeping secrets or choose not to confide in you anymore. It may mean she doesn’t trust you anymore. The Pisces woman will try to look for a new circle or environment that she feels safe and understood in.

A Pisces woman after separation may feel like you never even knew her. She is extremely emotional and because she is social, it’s possible she may have been venting out about you. She knows what makes you weak and what can destroy you. Basically, you just became her villain origin story.

When Pisces goes to war, they don’t charge headfirst, they fight psychologically and spiritually. She will surprise you with the things she can do when the modality has switched to the dark side. A Pisces woman can be extremely patient and understanding but they can snap. They will attack when you least expect it.

The Pisces woman will hold on to you for eternity if she could. Pisces is a sign that is afraid to lose someone and can be traumatizing if she was the one who was dumped. Interestingly, if she has had a share of mistakes and betrayals behind her back, she will be the one to act like the victim

She may have her circle of friends comfort her. To manage your expectations, prepare yourself to be the next Jake Gyllenhaal for breaking a girl’s heart. Maybe even after ten years, she will revive the pain about you, maybe through a song or a work of art that she did. Another case has to be Olivia Rodrigo, who is a Pisces and has made smash hits of her broken heart.

For a Pisces woman, maybe you didn’t work out, but at least she made something out of it.

Is you Pisces woman done with you, final words…

The Pisces woman is done with you when she has started to avoid you. Separation is a difficult time for a Pisces woman and can be a traumatizing experience for her. It’s possible she could be grieving about the failed relationship but understands it’s best not to come back.

She doesn’t want to force love. She wants it to be like the movies. If the Pisces woman knows that there is unrequited love, she will be more accepting of the fact she has to walk away. Sometimes she may still love you unconditionally, but that doesn’t guarantee a second time around. 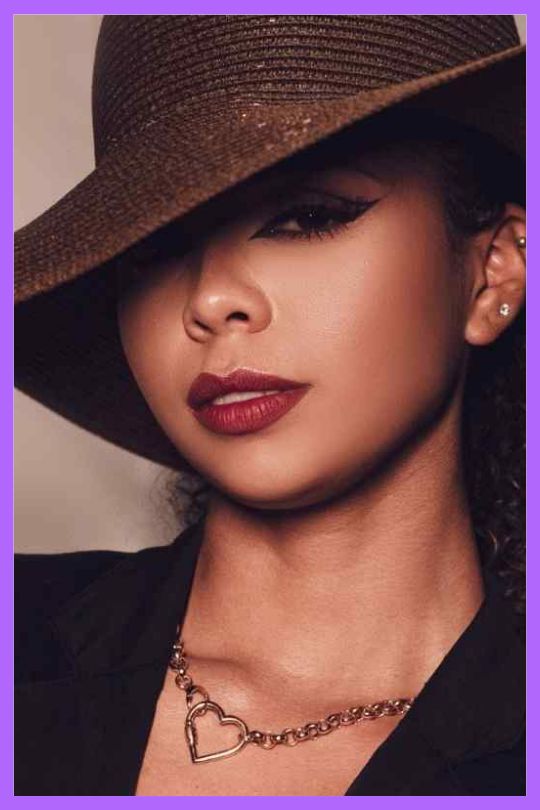