Venus, like any of the planets, is expressed more easily in some Zodiac signs than in others. Venus is exalted in the sign of Pisces. If Venus was in Pisces on the day you were born, you value compassion, and you love with emotional and perhaps even spiritual intensity.

If you have Venus in Pisces, your best compatibility matches are partners who have Venus in Capricorn or Venus in Taurus. Looking at the characteristics of the sign of Pisces reveals additional possibilities.

Why Is Venus in Pisces Exalted?

As the planets and luminaries move through the 12 Zodiac signs in their regular cycles, each is more comfortable in some signs than in others. This knowledge dates back to the early days of astrology.

According to Demetra George’s Astrology and the Authentic Self, rulerships were assigned based on the distances of the planets from the Sun. As Cancer and Leo are the signs that have the most hours of daylight in the Northern Hemisphere, the two luminaries, the Moon and the Sun, were named as the rulers of Cancer and Leo respectively.

How which planet became exalted in which sign is less clear. However, when a planet is exalted in a sign, like Venus is exalted in Pisces, people tend to put the best construction on what it does there. While Venus in Pisces is emotionally intense, this comes from an admirable ideal of loving without limits.

Venus Basics: Which Sun signs can have Venus in Pisces?

Venus stays within two signs of the Sun in terms of relative position to Earth. That means people who have Venus in Pisces can have the Sun in only the following signs: Aries, Taurus, Capricorn, Aquarius, or Pisces.

A person with both the Sun and Venus in Pisces may not be the world’s most grounded or practical person. They make up for whatever they lack, however, with their creativity and compassion. They might even be very intuitive, if they are open to it.

People who have the Sun in earth signs like Taurus or Capricorn are often very practical and capable of making things happen in the physical world. If they have Venus in Pisces, however, their idealism and compassion can help them see the bigger picture beyond the most obvious routes to security or achievement. Once they see it, they can build it.

Venus in Pisces with the Sun in Aquarius or Aries can be a more challenging combination. Both Aries and Aquarius tend to push forward toward whatever excitement they can find.

People with Venus in Pisces value the things in life that logic cannot touch. This can be their best quality if they are able to channel their tremendous generosity and passion into a worthy cause. It is, however, hard for them to tell the difference between a worthy cause and someone who cannot be helped.

Venus is involved with a person’s approach to money. Don’t count on people who have Venus in the fluid sign of Pisces to sticking tightly to a budget. They do, however, generally manage to come up with enough money to meet their needs, even if they don’t entirely understand how it happened.

Venus in Pisces in Love

People with Venus in Pisces are in love with love and romance. They often hope to have a fairy tale wedding and live happily ever after. While it can be hard to fulfill such big dreams in reality, they are usually so earnest about it that others can actually respect them in a way.

Venus in Pisces people enjoy romantic dates. Going somewhere loud and noisy where it is impossible to hear one another might be overwhelming for them. Instead, they would love to go on a long walk on the beach while holding hands and having a heart-to-heart conversation.

If a Venus in Pisces man is comfortable with himself, he can be a very empathic and romantic lover who responds with sensitivity to the needs of his partner and other loved ones. The world can be hard on sensitive guys, though, so some Venus in Pisces men tend to repress this side of themselves.

The Venus in Pisces man might be a little flaky with everyday responsibilities, but he tries to keep life fun, and he often is entertaining. He can be creative and imaginative, so he may try to impress a mate with an original work of art.

A Venus in Pisces woman may be intensely sentimental. Her emotional displays can be intimidating to people who are not accustomed to her. Beneath all the theatrics, though, she does genuinely care for her loved ones, and she will defend them fiercely.

While the Venus in Pisces woman loves to be swept off her feet, there is also a side of her that can be drawn to people or animals who seem to need help. She might sometimes get taken advantage of because of this, but, with her spiritual attitude toward life, she often finds a way to understand even the situations where she gets let down as part of a bigger picture.

Who is Venus in Pisces compatible with?

It is important to look at Venus signs in assessing relationship compatibility with astrology, because Venus rules your values and your approach to love.

To check Venus sign compatibility between yourself and a partner then the best thing to do is have a synastry chart created. We offer synastry charts, you can request one here.

Best Match: Venus in Pisces with partner’s Venus in Capricorn or Taurus

Capricorn and Taurus are the earth signs closest to water sign Pisces. The four elements – fire, earth, air, and water – typically break down into two groups of two: fire and air, and earth and water. Older astrology texts often refer to fire and air signs as masculine and water and earth signs as feminine.

As water tends to take the shape of its container, the water signs tend to look for containment in the people or circumstances around them. Venus in Pisces will therefore find the containment of Venus in Capricorn calming.

Meanwhile, Venus in Pisces could help Venus in Capricorn get perspective that there are bigger things in life than their own personal ambitions for earthly success.

Venus in Taurus would therefore help Venus in Pisces get grounded in their physical body by means of pleasant sensory experiences like massages or tasty food.

The three water signs, all of which focus on the emotional world, are Cancer, Scorpio, and Pisces.

Venus in Pisces tends to love in a generous enough way that even Venus in Scorpio’s calculating, paranoid mind might come to question whether there is more to life than calculating and paranoia.

Would two Venus in Pisces people together be Heaven on Earth? They might get so caught up in their ideals surrounding Heaven or whatever else that they would have a lot of difficulty coping with practical matters here on Earth.

They would at least enjoy each other’s company enough to be able to sort out the problems that did arise, though.

Third Best Match: Venus in Pisces with partner’s Venus in other mutable signs

The other mutable signs besides Pisces are Gemini, Virgo, and Sagittarius. All four mutable signs live on the transition from one season to another, in terms of what time of year the Sun goes through them.

Venus in Pisces and Venus in Sagittarius share a sense of passion and drama. Both are curious about life’s big questions and enjoy going on adventures.

Venus in Pisces, always wanting to be kind, might get triggered by the bluntness of Venus in Sagittarius but might also sense the underlying good intentions.

The signs that have not been covered yet are Aries, Leo, Libra, and Aquarius. Aries and Leo are fire signs, and Libra and Aquarius are air signs.

Aries and Aquarius are the signs on either side of Pisces. As noted previously, Venus can be no more than two signs apart from the Sun. There are therefore many Venus in Pisces people with the Sun in Aries or Aquarius.

Venus in Aquarius and Venus in Aries both tend to be emotionally awkward and therefore not good at relating to the emotional intensity of Venus in Pisces. For Venus in Aries, the cause of the awkwardness is a short attention span, so Venus in Aries would at least flit away from an uncomfortable situation quickly.

Venus in Aquarius, however, would have the stamina to hang around longer and make the situation worse by trying to analyze it intellectually.

Libra is one of the two signs Venus rules, and Venus is exalted in Pisces. Even though Pisces shares neither element nor mode with Libra, Venus in Pisces might not be that bad with Venus in Libra because they have in common that Venus is happy in that sign. 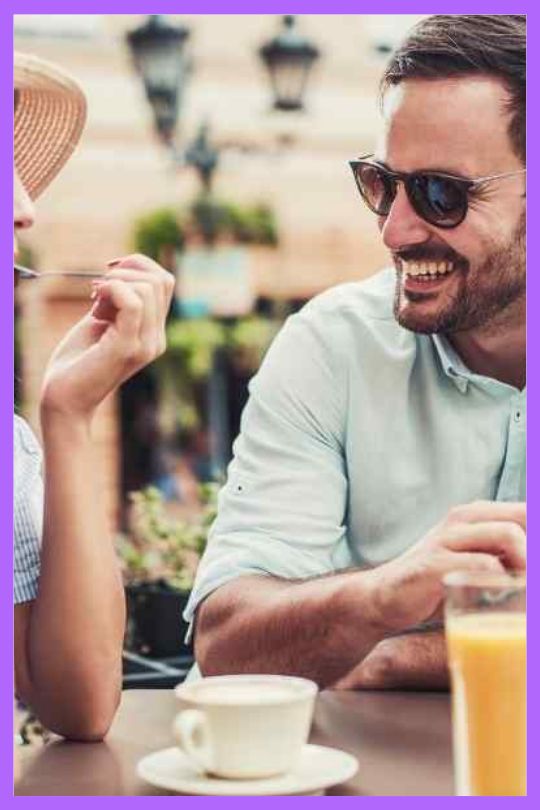 Who Is Venus in Cancer Compatible With? – Vekke Sind