Many theories exist regarding the cultural origins of Tarot cards and it’s difficult to separate historical facts from occult fiction. The obvious truth, though, is that the images and symbols displayed on the cards were common in Medieval and Early Modern literature, art, and theater.

We shouldn’t ignore those hints on the cards themselves; they suggest a mix of different cultures, an attempt to unite the diverse and complex nature of medieval life into an intricate yet comprehensible game that is accessible to everyone.

The first formal documentation of Tarot cards appeared in 15th century Northern Italy, where they had probably evolved from regular playing-card decks. However, their cultural influences can be traced in Christian, Hebrew, and Muslim tradition, well before the era of the Renaissance.

In the following article, we will explore various theories concerning the birth of Tarot cards and their cultural heritage. Though one cannot be certain because there are so many different opinions on the subject, let’s hope this information will help you clarify how, why, and when Tarot sprang up into existence.

Two books were consulted for this article:

The true origins of Tarot cards are shrouded in legend, mystery, and wild speculation.

Many theories suggest they originated from Egypt and that the gypsies were tasked to safeguard the condensed wisdom and magic of antiquity in the form of a game. The pictorial language of the cards is similar to the philosophy of Egyptian hieroglyphics. Occultists reported that the Tarot cards are a disguised version of the Book of Thoth, an ancient collection of secrets and knowledge.

However, there is proof that playing cards were common in Europe before the gypsies arrived, who actually did not arrive there from Africa, but probably from Asia. Additionally, the imagery would have to contain some resemblance to Egyptian culture. It wasn’t until much later, in the dawn of the 20th century, when the infamous magician Aleister Crowley created his interpretation of the Tarot with significant Egyptian influences, the so-called Book of Thoth.

Other interesting opinions suggest that Marko Polo himself brought Tarot cards to Europe when he returned from one of his travels to China, or that it was found among the trophies the Crusaders claimed from the Holy Lands.

Such stories might be exciting, but sooner or later have to be dismissed due to historical inaccuracies and lack of evidence.

It’s safe to say that Tarot cards first appeared in Renaissance Italy, Spain, and France. Cities like Venice or Milan, bustling with commerce and activity, would be an ideal place for the Tarot culture to flourish. The oldest surviving decks are probably the Visconti-Sforza and the Tarot of Marseille, and their emergence can be traced to the late 14th or early 15th century.

Despite the artistic spirit and the reverence of beauty that we often attribute to this era, we should remember that this was a rather difficult and pessimistic time. Constant war, outbreaks of plague, famine, and poverty ruined many lives in the cities of Renaissance Europe. Hence the term “Renaissance”, that refers to revival after death, a concept depicted in the card of Judgment.

The four suits can be paralleled to the four castes into which society had been divided since ancient times, namely priests, kings and warriors, farmers and artisans, and employees or servants.

The medieval iconography of the cards strongly resembles theatrical plays and medieval carnivals. Furthermore, the influence of the Catholic tradition and the Gothic cultural movement is evident in the trumps of the Devil or the World, as well as the concept of Danse Macabre (the Dance of Death) in the card XIII of the Major Arcana.

The Tarot can be seen as an amalgam of different cultures and traditions. There are obvious Christian and Hebrew symbols printed on the cards and one can even trace Muslim and Hindu references. It would be safe to presume that the Tarot cards were designed to be a unifying concept for the major religions of the Middle Ages, a tool that substitutes religion, including all and excluding none of them.

Finally, the game of Tarot was probably invented in the Court of Milan either for or by Duke Filippo Maria Visconti. The first documented decks were recorded between 1440 and 1450 in Milan, Florence, Ferrara, and Bologna.

The most plausible theory states that Tarot cards emerged from other card games. The appearance of ordinary playing card decks in Europe predated that of the Tarot by about fifty years. Such examples are abundant, namely tarocchi or tarocchino, Ganjifa from India and Persia, and Mamluk, a game brought to Europe by Islamic soldiers probably during the 15th or 16th century.

Although there’s no way to be sure, the case that designates playing card games as the progenitor of the Tarot is the most possible and credible one, because of their many structural and symbolic similarities. An early version of the cards – possibly the original version – has been described as an intermediate design between the regular playing card deck and that of the Tarot.

The first historical records that refer to card games being banned by authorities can be found as early as the 14th century. Furthermore, the use of Tarot cards in divination and fortune-telling is not mentioned until the 18th century.

Another plausible hypothesis can be found in the idea that the educational and esoteric doctrines of the Tarot were disguised and hidden in plain sight, posing as a simple game of cards, to avoid persecution by religious authorities, only to be revealed in the hands of a skilled reader. Thus, the Tarot was incorporated into a game of chance until the 18th century, and its profound meaning went by unnoticed.

Such an intricate system could not have been the invention of one solitary person. It’s more possible that the Tarot was a collective endeavor. A true philosophical machine and an encyclopedia of symbols would surely require many years, or even lifetimes, to be constructed and organized.

Enlightened individuals and sages, foreseeing the inevitable decadence and corruption of their religions, might have come together to form this nomadic cathedral, concealing the greatest secrets of their tradition into an inconspicuous, yet sophisticated game.

Or, it could be that that Tarot was originally devised as a secret means to pass on ideologies banned by the church. Wise scholars who would be deemed as heretics designed this artifact of ancient traditions and collectives memory disguised in a humble card game to avoid the relentless control of the Inquisition.

In the earliest references to the trump cards, they were called ‘carte de trionfi’ meaning ‘cards with triumphs’ in Italian because one card would triumph over another during a game. Tarocchi (or tarocco, singular) is probably the word from which the name ‘Tarot’ was derived, although there is no solid evidence.

Like the origins of the cards themselves, there are numerous theories about the etymology of their title. It’s nearly impossible to be certain; nonetheless, many interesting connotations have been reported.

The name ‘Tara’ appears in many mystical traditions. It’s one of the forms of Kali in Hinduism and a mother goddess in Mahayana Buddhism. The Egyptian phrase ‘Ta-Rosh’ means ‘the royal way’ or ‘the royal road of life’ and ‘taru’ means ‘to require an answer’ or ‘to consult’.

The Latin words ‘rota’ which means ‘wheel’ and ‘orat’, ‘to speak’ are interesting examples. Some see a connection with the Hebrew ‘Torah’, literally meaning ‘teaching’ or ‘law’. There’s also a resemblance to the Chinese Tao, which signifies the way, path, route, or road, and to the Arabic ‘TaRIQ’ meaning ‘the course or way of life’.

Historical records vary and offer no sufficient information to deduce the origin of the word Tarot. Many have claimed to be its father; Masons, Jews, Rosicrucians, alchemists, artists, mystics, nobles… The influences evident in the cards range from Hebrew Scriptures, Hermeticism, Christian Gospels, and the I-Ching to Sufi mysticism, Tantra, and Latin-Greek mythology.

Thus, we cannot be sure where the word ‘Tarot’ was derived from. All of the above suggests that no culture was single-handedly responsible for the emergence of this particular card game and that it was a process of interchange and condensation of various traditions and ideas. In this way, the theoretical origins of Tarot cards could date back to an indeterminate time.

While we can be almost certain that Tarot evolved from the regular playing-card deck and dismiss the theories that would have it being created in ancient Egypt, the circumstances surrounding its creation remain ambiguous.

The theories that attribute ancient origins and mystical themes to Tarot cards may sound thrilling, however, there’s simply not enough evidence in historical records to support them. Plenty of references and the imagery of the cards themselves point to Medieval Europe as the cultural birthplace of Tarot, especially Northern Italy.

If you are interested in getting a tarot reading, then as a VekkeSind reader, you can get 5 minutes free.

I love my Asakuki Diffuser, I have this going in my living room or my office with either peppermint or lavender. The diffuser holds more water than other diffusers and lasts longer. It also has a timer so that doesn’t run dry. The Diffuser adds a nice gentle scent to my home. 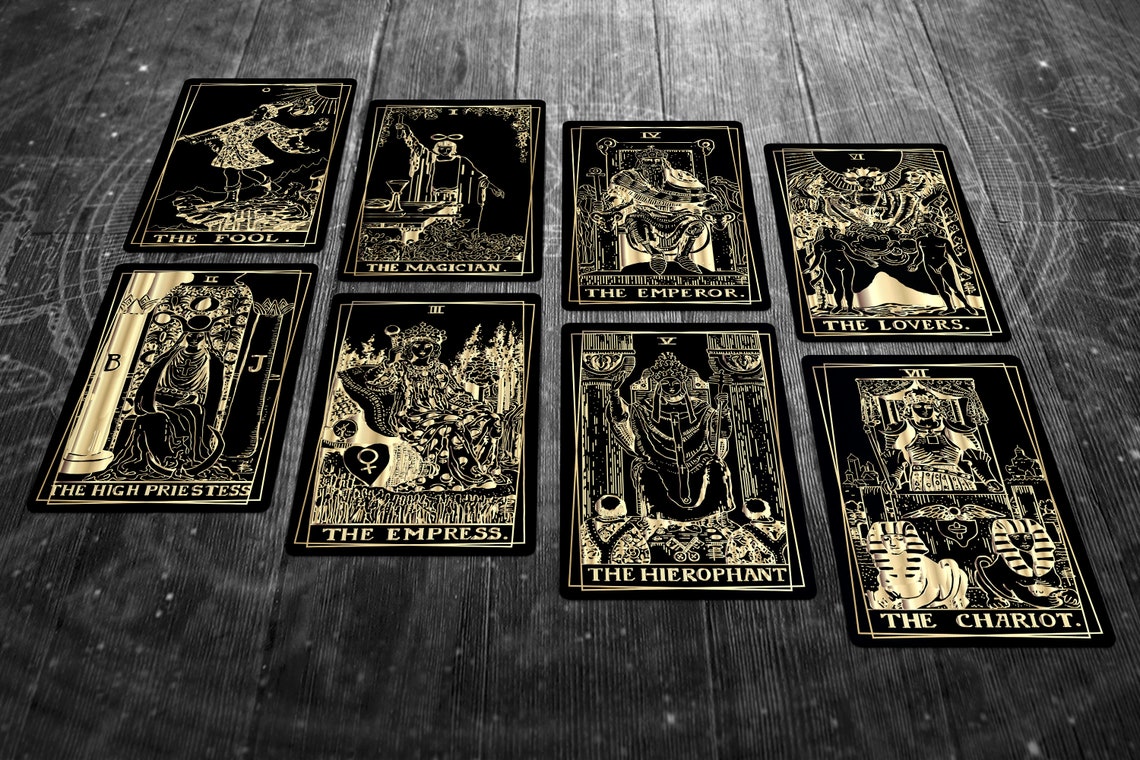 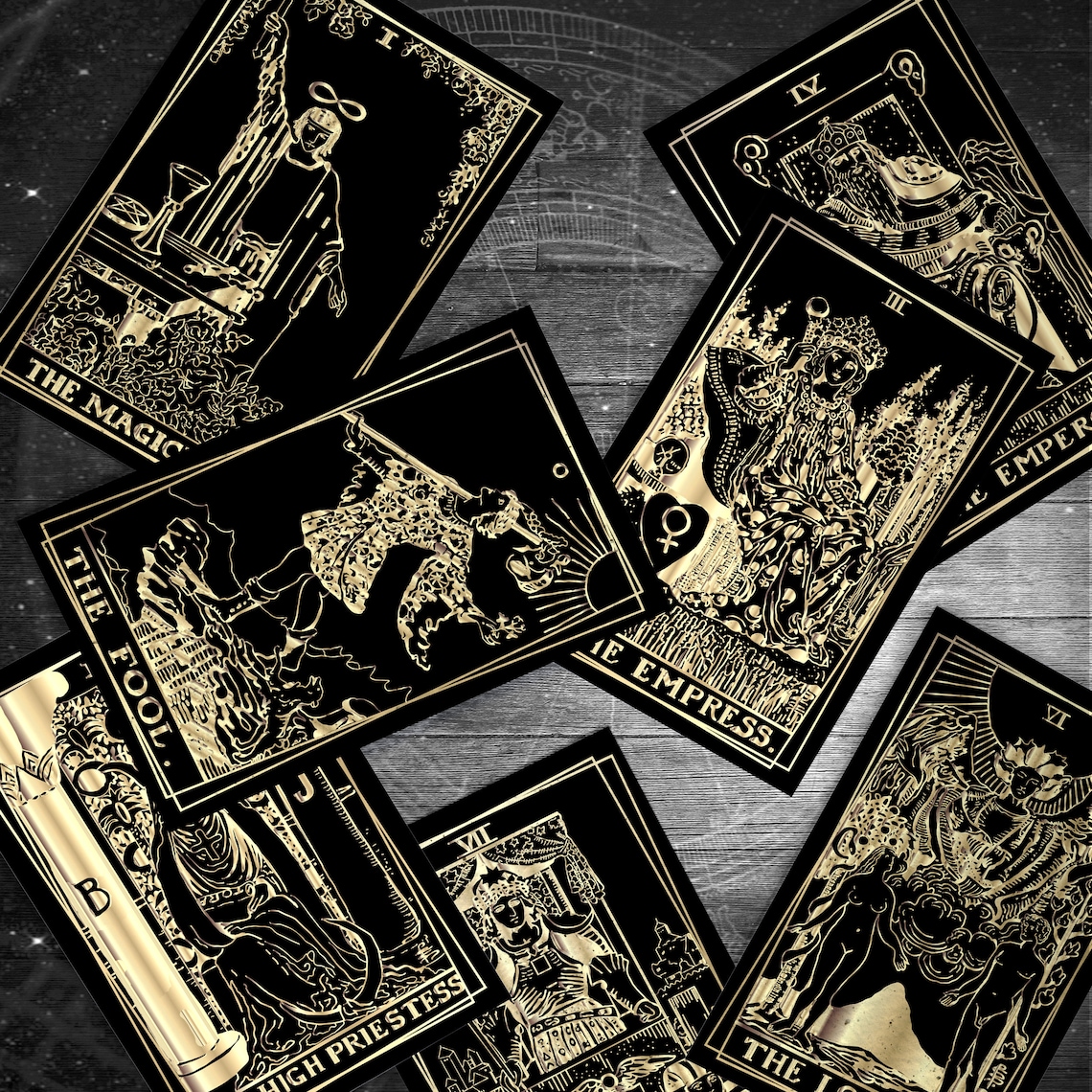 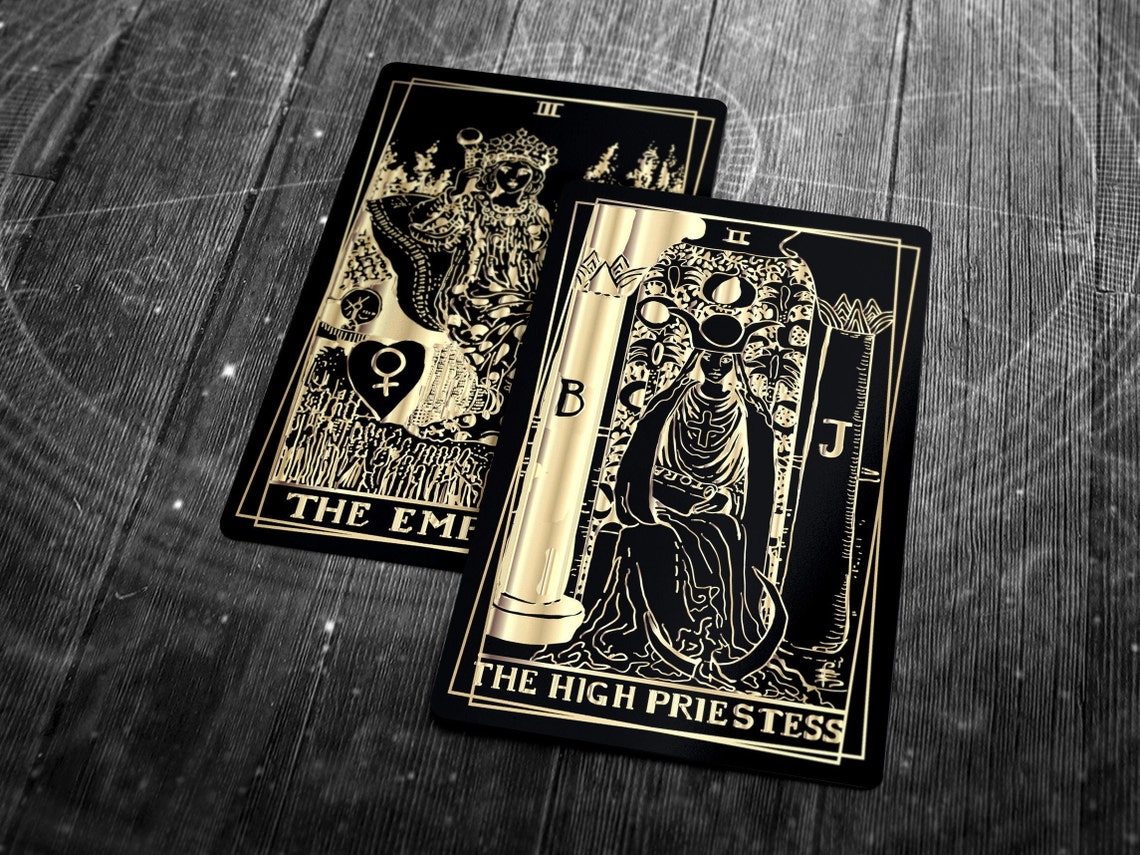 When a Tarot Card Falls Out of the Deck, What Does It Mean? – Vekke Sind

[…] Here’s an article that discusses this… “What culture are tarot cards from?“ […]

How To Get Rid of Tarot Cards Safely – Vekke Sind

[…] Talking about cultures, here’s an article that reviews what culture Tarot comes from… “What Culture Are Tarot Cards From?“ […]