After heartbreak and deep sorrow, a scene of hallowed silence.

In the Four of Swords, we arrive at a sanctuary. There’s an ornate tomb with the effigy of a noble knight, armor-clad and in deep slumber, his hands joined together in a gesture of prayer. Three swords hang on the wall above, and one more can be seen on the side of the golden tomb. A stained glass window on the top left corner of the card shows the image of a saint, Jesus perhaps, giving his blessing to a peasant.

As we put the weary mind to rest and withdraw from the secular world, we enter sacred grounds. No evil may cross the threshold of this place; thoughts and worries subside, giving way to harmony.

By now, we already are on the path to elementary self-knowledge. Whether we build a personal temple within or seek refuge in the sovereignty and meaningful omnipresence of a higher order, the card heralds recovery, mental stability, and spiritual purity. However, it also serves as a memorial to the glorious dead whose heroic deeds and words have shaped our reality, and who will forever remain humanity’s vigilant guardians and warriors.

The Fours in the Tarot cycle stand for stability, structure, order, and convention. They are the Emperor’s domain, who is guided by the watchful guardian angel of Temperance.

After confusion and pain, realization and acceptance. Now, contemplation and respite. The Four of Swords’ symbolism evokes a calm air of reverence and serenity, harmony, and absolution. It resembles a “cocoon,” a mental sanctuary meant for healing and spiritual transformation. The butterfly will emerge much later, carved on the King’s throne.

The lone sword on the side of the sarcophagus is symbolic of a singular purpose that transcends all restrictions, mental, physical, and temporal; a calm mind focused on its vital function, preserving energy and shaping matter according to the principles of sacred geometry.

The three blades above the knight’s effigy bring to mind the anecdote of the Sword of Damocles. An allusion to the ever-present dangers someone in a position of power must constantly face, the story goes that King Dionysus II of Syracuse would arrange for a sword to hang by a single horse-hair over his throne, a reminder that despite the prestige and luxuries of a king’s life, his enemies are always waiting for an opportunity to bring him down. With great power comes great responsibility, and the forces of evil never rest.

For us common folk, these three swords symbolize the unavoidable pains and struggles of life but also remaining calm in the face of adversity.

A sign of authority and power in the spiritual realm, the Four of Swords is a card of solitude designed to inspire devotion, respect, and humility. This is the Way of the Sword. The mind settles and the opposing forces have balanced each other out. In the Golden Dawn version of the Tarot, the Book of Thoth, the card’s name is “Truce.” Even so, a truce doesn’t mean peace; it is a temporary ceasefire and the war shall continue before long.

Finally, the card describes a latent state of hibernation. Safe from mental chaos, but at what price? This safe haven belongs to a twilight world. Anything spiritual is only a dream seen through fragmented mirrors, a temporary station upon the journey; it is unwise to linger and consider it a home.

For the Swords, stability leads to stagnation. Because of that, we must eventually find our way back to the origin, the Ace, and return from the immortal realm of sleep, dreams, and memory to the fragile world of the living. Like in the fairy tale of the sleeping beauty, the individual is waiting to awaken with the aid of an external force. By whatever means the narrative is constructed, the need for help is real.

Beyond this point, the Swords have nothing good in store for us. From Five to Ten, the cards speak of the terrible sadness, agony, and wickedness a troubled mind is capable of, things that do not belong here. This place, this idea, this purpose cannot and will not be defiled. So it is and will be forever and ever. The wicked and the feeble-minded should tread lightly, but the pure in heart and sharp of wit have nothing to fear.

In this sense, the Four of Swords’ embodiment of righteousness and sanctimonious repose sets a boundary one should not cross; it is time to withdraw, rest, and re-examine where the path is leading.

It’s not possible to simplify the card’s message in terms of specific positive or negative interpretations. Though not very complicated, the issue is still profoundly hard to explain. Is this a holy man or a lifeless statue? A temple or a ghost cave? The silent authority of lit candles and burnt incense, cold stone, marble, and gold; proof that the spirit, however pure, still needs matter to manifest itself and laws to bind it in servitude of a greater purpose, lest we forget what it means to be human…

What does the Four of Swords Tarot Card mean?

In a general reading, the Four of Swords denotes mental strength and stability, but also the need for seclusion and rest after a milestone has been reached. You are in a quiet, calm place in your life right now. From here, you can evaluate your path, focus on healing, and re-define your goals.

It’s time to relax and recharge your batteries. The Four of Swords is adamant about that; you should rest generously and allow your body and mind to heal. In seclusion, the troubles and pains of the world seem light-years away. That doesn’t mean one should replace reality with a bubble of stoic escapism and sanctimonious unconcern, but merely to withdraw into one’s personal sanctuary, meditate, and think about what really matters.

Calm people almost always make better decisions. The card’s message might be incredibly simple, like reminding you to get a good night’s sleep, or it could point out much deeper issues.

Have you forgotten who you are? Then you should revisit the past. Have you lost your way? Perhaps it would be for the best to enter a state of perfect stillness and contemplate your purpose in life. Are you going through a tough time? You are not the first, nor the last. The answers and the strength you seek are waiting within; why keep on looking for something you already have?

What does the Four of Swords Reversed mean?

In reverse, the Four of Swords’ message is that inactivity leads to stagnation. What was a shelter once now becomes a golden prison. Likewise, it might be a warning that you are on the verge of exhaustion. Either way, the solution lies in the wise application of your energy and resources.

A few things could be off when this card appears reversed. You might have been restless, working and thinking too hard, and need to take it easy or else you risk exhaustion. Or perhaps you’ve been idle for too long, waiting for something or someone to wake you up so life may begin again. But how much longer are you willing to wait? And for what?

The card is also a sign of spiritual frustration, a hollow altar dedicated to the past. Indeed, there is great meaning to be found in the realm of spirits, ideas, and noble tales, but one should know when it’s time to call it a day, return to the living world, and face reality.

Arthur E. Waite interpreted the reversed Four of Swords as a “certain success following wise administration.” That could mean a lot of different things; feel free to arrive at your own conjectures. It is, perhaps, implied that great victories require sacrifices, utmost devotion, and prudence when managing affairs.

Is the Four of Swords Tarot Card a Yes or No?

The Four of Swords is a neutral card that doesn’t offer a direct answer to Yes or No questions, though it leans on the negative side. It most likely suggests sleeping on it and the answer will become obvious; there is only one right way to deal with this.

The Four of Swords suggests that this is not a matter of personal choice, taste, or perspective; there is the correct way and a lot of wrong ones. How will you forge your destiny?

Depending on what kind of question you ask, the card’s meaning will be different. For example, if you’re concerned about your well-being, it would certainly advise you to focus on that and take a break. A question about one’s love life would alter the interpretation greatly.  Simply put, the answer could be “give it a rest!” 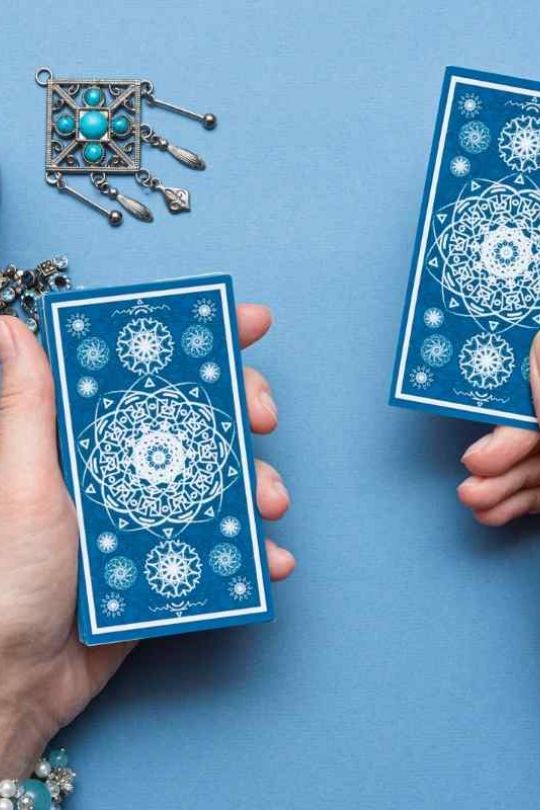