If you’re trying to win the heart of a Pisces man, then you need to know what he looks for in the opposite sex.

A Pisces man is attracted to an imaginative, emotional woman. He likes a generous lady who is kind to others and has a calm, tranquil presence. She should be loving and romantic, and she must be an attentive, doting partner.

If you are looking for more in-depth training to attract and keep a Pisces man, then I’d suggest you check out “Sextrologist” and zodiac-based dating expert Anna Kovach’s book Pisces Man Secrets.

10 Characteristics a Pisces Man Loves in a Woman

Every sign of the zodiac is connected to one of the four elements of nature. The natural elements are earth, fire, air, and water. The elements reveal some of the distinctive characteristics of the signs.

Pisces is one of the water signs, and water signs are known for being sensitive, emotional, and sentimental.

The water element tells us that Pisces is one of the most sensitive signs of the entire zodiac. A Pisces guy is not only in touch with his own feelings but he is also very sensitive to other people’s emotions.

He is willing to be vulnerable, which endears him to others, but he is also a bit fragile, so it’s easy to hurt a sensitive Pisces man’s feelings.

A Pisces guy needs a woman who understands and appreciates his sensitivity. She should be careful with his heart and make a conscious effort not to hurt him.

He wants a woman who will be as sensitive to his feelings as he is to hers, so the typical Pisces guy embraces an emotional, understanding woman.

A Pisces man enjoys taking care of other people, and he likes feeling wanted and needed. He admires this same trait in members of the opposite sex.

A Pisces guy is drawn to a woman who likes to nurture others, not because he needs to be taken care of, but because he sees this as a beautiful, admirable quality.

Thanks to his generous and caring nature, he is susceptible to those who take advantage of his kind-heartedness. He needs to be with a fellow giver, not a taker.

Pisces is one of the most unselfish and caring signs of the entire zodiac, so he doesn’t want to be with a woman who only cares for herself.

The twelve signs of the zodiac are divided into two polarities, positive and negative, with six signs in each category.

Pisces is one of the six negative signs, which tells us that a Pisces man is likely to be pessimistic and negative. He can be a bit of a wet blanket, especially when he’s in a bad mood, and he tends to complain a lot.

Pisces is one of the zodiac signs most prone to depression, and because Pisces people tend to self-soothe and self-medicate, they are also highly prone to addiction.

A Pisces man needs to be with someone hopeful and optimistic to balance his negative tendencies. His ideal woman should be positive and help him find the silver linings of bad situations.

Even though a Pisces man might complain a lot, that doesn’t mean he will appreciate the same negativity in his partner. He gets annoyed when all his partner does is complain, so he should be with a woman who has a sunny disposition.

Pisces is one of the most imaginative signs of the zodiac, and the typical Pisces guy is quite artistic. He probably works in a professional field that allows him to express his creativity, or he at least has a creative hobby or talent.

A Pisces man is attracted to a creative and inventive woman. He loves it when a lady has a special artistic skill, such as playing a musical instrument or being an excellent painter.

A woman with creative abilities will feel appreciated, inspired, and uplifted by her Pisces partner. He will encourage her artistic pursuits and take a sincere interest in her projects.

Pisces is a very romantic sign. Love is the most important thing to a Pisces man, and he yearns to find his soulmate so he can settle down and build a life with her.

A Pisces guy loves traditional romantic gestures, like buying flowers for a woman or giving her jewelry. He needs a partner who will appreciate his romantic nature and will be just as sweet and sentimental as he is.

He likes a romantic lady who enjoys the cute things he does for her instead of getting embarrassed, and she should return the favor by making romantic gestures for him, too.

If you want to win over a Pisces guy, do sweet things like leaving love notes in his pockets to find later or surprising him with a picnic on his lunch break.

He loves thoughtful, romantic gestures like these, and it will go a long way toward making him feel appreciated and adored.

A Pisces man is generous in every way, not only with his loved ones but with total strangers, as well. He is magnanimous with his time, money, energy, and other resources.

Because he is so generous, he can’t understand a stingy woman. He should be with someone as giving as he is.

His ideal partner puts others before herself and would give the shirt off of her back for someone else. He will never take advantage of her generosity because he is so giving, too.

A Pisces man is so sensitive that he not only recognizes how other people feel but also tends to absorb their emotions. He is so empathetic that when the people around him experience joy, he feels happy, too. And when they are sad, he gets depressed and melancholy.

He’s a very empathetic guy, so he needs a woman who is as sensitive to other people’s feelings as he is. She should be able to pick up on his moods and know how to cheer him up when he’s down or celebrate with him when he’s ecstatic.

He doesn’t want to be with someone who is oblivious to his and other people’s feelings because this makes him feel misunderstood and taken for granted.

Because he is so sensitive and empathetic, it’s important for a Pisces man to be with a woman who has a generally calm and peaceful disposition.

If he is with an angsty, cantankerous partner, he absorbs her emotions and becomes grumpier and angrier. And because he’s so caring, he will always feel responsible for making her upset, even when it’s not his fault.

He needs someone calm and level-headed so that he can stay peaceful, too. His ideal woman is slow to anger and can find peace from within.

How compatible are you with your Pisces man? Take the quiz, click here!

Pisces is a very loving and affectionate sign, so physical touch is an important love language to a Pisces man.

He loves cuddling, kissing, and caressing his partner, and he needs her to touch him frequently so he can feel adored in return.

If he is with a standoffish, cold woman, he will feel unloved. When his partner pushes him away when he tries to hug her, it makes him feel rejected and unwanted.

The perfect partner for a Pisces man is touchy-feely and affectionate. She should be comfortable with public displays of affection and be even more loving and tender in private.

Every astrological sign has a spiritual or mental “age” based on the order of the zodiac. As the twelfth and final zodiac sign, Pisces is the oldest or most spiritually mature sign.

A Pisces man is very in touch with his spirituality. Whether he is involved in organized religion or not, he believes in something greater than humankind.

He is interested in abstract concepts like the metaphysical, paranormal, and anything else that can’t be explained scientifically.

He should be a woman who supports and nourishes his spirituality instead of making him feel skeptical or faithless.

As I mentioned at the beginning of this article, check out Anna Kovach’s book, Pisces Man Secrets, for more in-depth training for women who want a Pisces man to chase and desire her.

What a Pisces man likes in a woman, final thoughts…

When you want to attract a Pisces guy, you need to find out what he looks for in a woman.

A Pisces man wants a sensitive and imaginative woman. She should be kind and caring, and she should have a calm and cheerful disposition. A Pisces man loves with his whole heart, so he needs to be with someone as devoted and romantic as he is.

If you possess all of the traits he’s looking for in a partner, then you might be the perfect woman for a sweet, dreamy Pisces man. 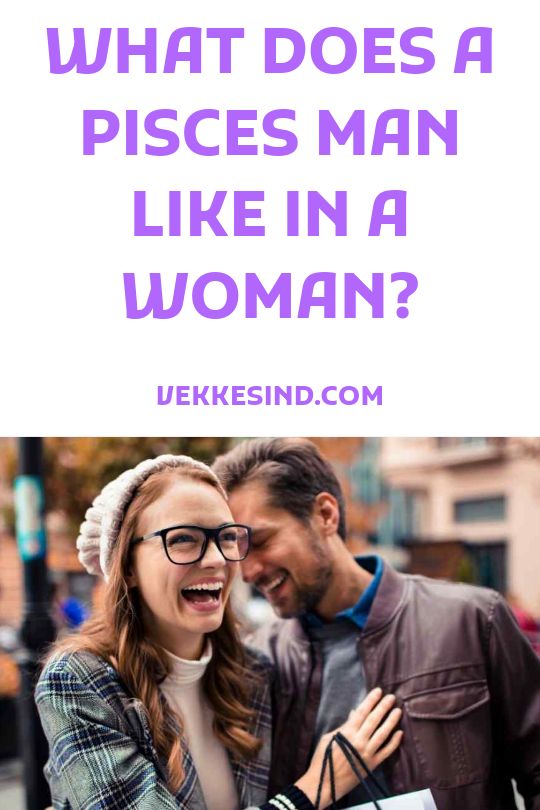