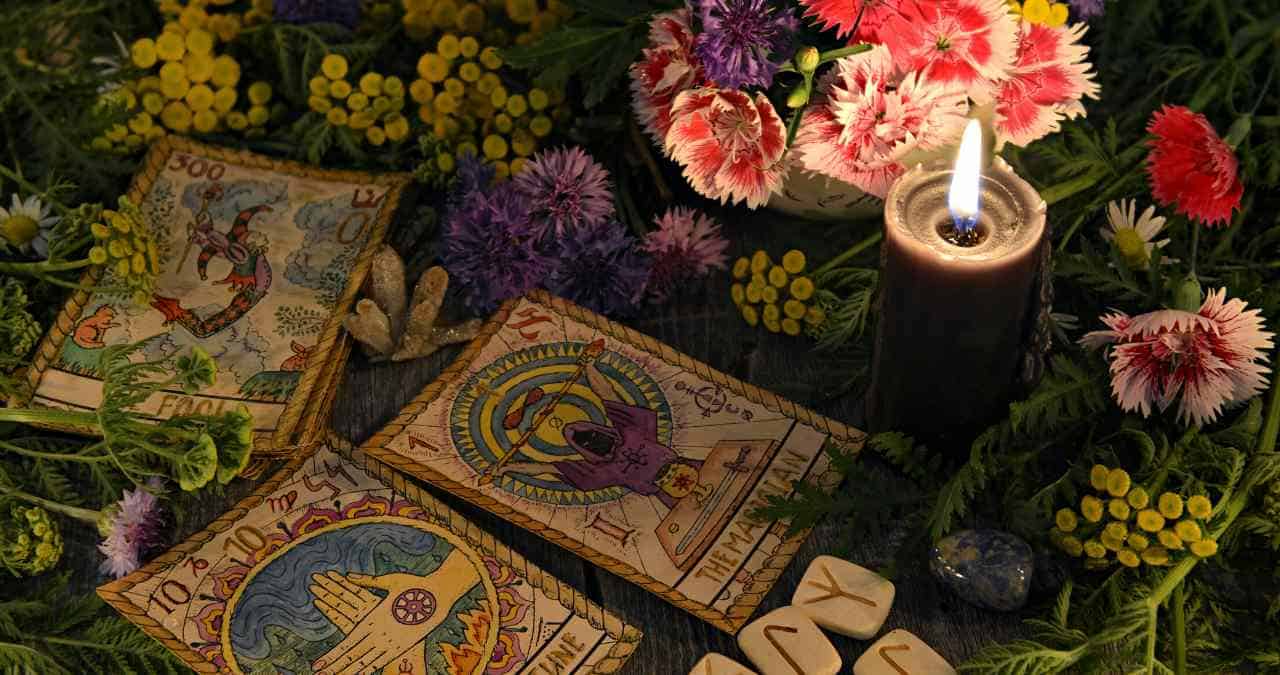 While visiting a local charity shop the other day, I noticed a box of used tarot cards sitting on the shelf. I ultimately passed over the deck because they were quite similar to a deck that I already own, but it got me thinking: is it bad luck to buy used tarot cards?

No. Whether you are trying to get into the art of tarot while staying on a budget, searching for a specific deck that is out of print, or just prefer to buy second-hand whenever possible, it is perfectly fine to buy a deck second-hand. That said, there are certain precautions that should be taken when acquiring a used deck.

You should always take the time to feel out the energy of any deck that you purchase whether it is used or brand new. Finding a tarot deck second-hand can have many benefits and may even be the opposite of bad luck.

A second-hand deck can allow you to feel a connection with the previous deck owner, give you the chance to own a deck that is now out of print, and even find a loophole to the traditional rule that one’s first deck must be gifted to them.

Thrifted decks are also a way to overcome potential cost barriers when living on a budget.

Before I go into more detail, I want to point you to the Related Articles section at the bottom of this post. I’ve organized a number of articles that you should find interesting…

There are plenty of places you could come across a used tarot deck. There are the physical places such as thrift stores or yard sales, and there are also plenty of decks to be found online on sites such as Etsy, Amazon, or in giveaways on Instagram or even Reddit.

Perhaps a friend, family member, or co-worker has a deck that they no longer wish to work with. Some people even wind up with a tarot deck after someone they know has passed on and can no longer use it.

Not all used tarot decks are found by chance though. Perhaps you’ve done extensive research to determine which deck you’d like to purchase, only to find your ideal deck has gone out of print and can no longer be purchased new.

Rather than go back to your research and try to find a comparable deck that’s still in print, you could instead embark on a hunt to track down a copy of your very own.

Places like Ebay, Etsy, and even specialized Facebook groups are great for this sort of thing. Your local spiritual shop or a used book seller may also be able to help you track down the deck you’re looking for.

No matter where you acquire your used deck it is important to consider two things: the physical condition of the cards, and the completeness of the deck.

You want to be reasonably sure that you are not buying a deck with torn edges or bent corners that are beyond repair. You also want to take care to make sure that all 78 cards are present in your deck.

There can be other benefits to buying a used deck as well. Some tarot readers operate under the belief that one’s first tarot deck must be gifted to them.

If you choose to adhere to this belief (though many readers will tell you it’s perfectly fine to go out and buy yourself your first cards) but have nobody in your life who is likely to gift you that first deck. Happening across a second-hand deck could be just what you need.

While coming across a deck in a thrift store or at a sale may not be the traditional way of receiving a gift, you could take this find as a gift from a higher power who wanted you to find this specific deck and begin to work with it. Or it could just be a gift to you, from you!

So you’ve come across a used tarot deck that you like. Now you may be wondering how safe your new deck may be to use. Tarot decks hang on to energy as they are used over time, and that energy may be positive or negative depending on who has worked with the deck in the past.

If you are acquiring a deck that was previously used by somebody you know, you can probably go right ahead and start using the deck as normal. Since you knew the previous owner, the energy will probably be familiar to you, and probably positive.

If your deck was owned by someone you knew who passed on, you may even gain comfort from using a deck with their energy attached to it. If your deck was acquired online, at a shop, or in any other way that leaves you unsure of its origins and energy, you may want to take the steps to cleanse your deck of its previous energy before you begin to use it.

Ultimately, it is up to you to feel out the energy of a pre-owned deck and decide whether it feels like energy you would like to work with.

You may find that a deck you bought on Ebay has a bright welcoming energy already, and that you do not want to remove from the deck.

It is equally possible that a loved one’s second-hand deck may feel like it should be cleansed before you begin to work with it. Always follow your intuition and do what feels right in your unique situation.

How to cleanse a tarot deck

The most important thing to be mindful of while cleansing your deck is that you are causing it no damage, and that you are using a method that feels right for your own beliefs and practices.

Some common methods used to cleanse a deck include:

More in depth information about these methods of cleansing, along with other ways to cleanse your cards can be found on our article, “How Do You Cleanse Tarot Cards in Between Readings?“

Once you have cleansed your new deck, you can begin to work with it. You may wish to take steps to bond with it as you would a brand-new deck.

Some common methods of bonding with a new deck include conducting a deck interview or sleeping with your cards under or near your pillow. Both of these activities will allow your deck to begin to attune itself to you and your energy.

Some people will always believe that using second-hand tarot cards is bad luck because the possibility of negative energy being attached to them.

Hopefully now that you’ve read through this article, assessed the energy of your second-hand tarot deck, and done any necessary cleansing, you know that used cards don’t have to be bad luck.