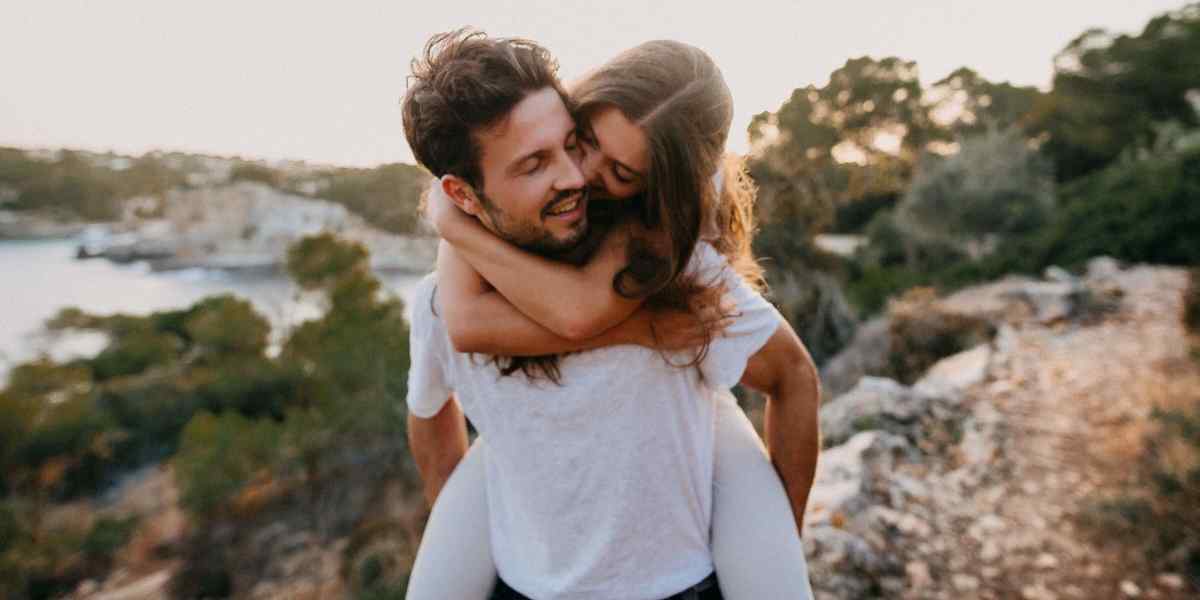 If you want to win over an Aries guy or set him up with the right person, then you need to know what traits he looks for in the opposite sex.

An Aries man wants a woman who can be his best friend. She should be smart, funny, energetic, and motivated. She needs to share his positive qualities but be different enough from him that she can balance his negative characteristics.

10 Characteristics an Aries Man Loves in a Woman

An Aries man loves to laugh, and he won’t want to spend a lot of time with a sour, negative lady. His ideal partner doesn’t need to share his exact same sense of humor, but she should be light-hearted and funny in her own way.

The reason a sense of humor is so important to an Aries guy in a relationship is that he craves a partner who can be both his best friend and his lover. She should be able to laugh and joke with him like one of his pals.

An Aries man values his independence and it’s hard to get this sign to settle down, so he’s not going to give up his freedom for a woman unless she knows how to make him smile.

Every zodiac sign correlates with a specific set of body parts, determined by the order in which that sign appears in the zodiac. As the first zodiac sign, Aries rules the head and face.

This means that Aries also rules the brain, which tells us that Aries men are highly intelligent. Not only do they have powerful minds, but they also think very quickly.

An Aries guy is good in a crisis because, although he can get emotional and overwhelmed, he also can come up with a fast solution.

Intelligence is important to an Aries man, and he needs a mental connection to be interested in a woman. You should never play dumb to try to impress an Aries man because it will only push him away.

Aries is one of the most energetic and athletic signs of the entire zodiac. An Aries man often has a career that involves using his physical, competitive side, such as being a professional athlete or a racecar driver.

An Aries guy needs a fit, athletic partner who can keep up with him. You don’t need to be good at a particular sport, but you should enjoy exercise and be strong enough to join him on his workouts and adventures.

You can always catch an Aries man at the gym, playing a game in the park with friends, or even at a sports bar cheering on his favorite team over beers. He wants a partner who shares these same interests, and he won’t be attracted to a couch potato.

As one of the most independent signs of the zodiac, an Aries man can’t stand it when a woman is too clingy or needy. The more you try to force yourself on him, the more he will retreat from you.

He wants a woman who gives him space, so don’t overwhelm him with calls, texts, or trying to make plans with him for every day of the week. He wants a woman who has her own projects, so let him know that you are focusing on your career, hobbies, and friends.

He also likes it when a woman plays hard to get because he is competitive and enjoys the thrill of the chase. Don’t be afraid to play it cool if you want an Aries guy to chase after you.

Although he is independent and doesn’t want a needy lady, an Aries guy likes being nurtured by his partner.

This is probably best explained by his sign’s spiritual age. Every sign has an “age” determined by the order of the zodiac. Aries is the first zodiac sign and therefore the “youngest.”

This means that Aries is the baby of the zodiac, and while he is self-reliant and doesn’t need anyone to support him, he appreciates it when a woman wants to take care of him.

He will never ask for help, but he loves it when his partner does little chores and tasks for him that make him feel loved. Running a bath for him, cooking his favorite meal, or filling his car’s tank with gas will go a long way towards impressing an Aries guy.

An Aries man is very vocal about his feelings, so he has no problem telling his partner how wonderful, beautiful, talented, and special she is. When an Aries man is in love, he will be his partner’s biggest cheerleader.

But he doesn’t want his partner to rely on him for her self-esteem. He is attracted to a self-confident woman, not someone he constantly has to reassure.

Confidence is also important in an Aries man’s ideal woman because he can be a bit of a flirt. Although he won’t stray when he’s in love, he will still chat with other women and can be very charming.

She should have enough self-confidence to know that she is his priority and that he won’t leave her for someone else.

Some astrological signs value stability and predictability in a relationship, but Aries is not one of those signs.

An Aries man craves excitement, so he needs a partner who is just as adventurous as he is. He likes traveling, exploring new places, and any activity that gives him an adrenaline rush. His best match is someone who loves trying new things and wants as thrilling of a lifestyle as he does.

She should embrace activities like bungee-jumping, sky-diving, and hang-gliding, or at least be willing to try them when her Aries guy suggests them. Better yet, she should be the one to initiate these exciting exploits.

Aries is a very impulsive sign, and although an Aries man has his routines and habits, he also needs to break out of his shell once in a while.

His perfect partner should be the perfect combination of stable and spontaneous. She should help keep him grounded and discourage him from doing anything impulsive that might hurt him, but also be willing to do impulsive things with him sometimes.

Perhaps an Aries man and his partner will be driving to the grocery store, only to abandon those plans to go to a bar and dance the night away instead. Maybe, instead of planning a vacation, they pack a bag and head to the airport to buy tickets for the next flight out, wherever it’s going.

An Aries man is extremely impatient. He needs instant gratification and can’t stand waiting for anything. Traffic, long lines, and slow walkers are a few of his least favorite things.

He needs a patient partner who can help calm him and keep him entertained when he has to wait for something. When he’s getting irritated because the food is taking too long to arrive after ordering at a restaurant, she should be able to soothe him and convince him not to lose his cool.

An Aries man’s impulsivity, selfishness, and abundance of energy can make him irritating at times, so his partner should be very patient with him, as well.

An Aries man is very temperamental and mercurial. He has a short fuse and is quick to anger.

He is also brutally honest and never holds back his feelings. You will never wonder about where you stand with an Aries guy or what he thinks of you because he is incapable of lying and will tell you to your face.

When he gets upset, he tends to lash out at whoever is closest to him. He might say harsh things in the heat of the moment that he regrets later.

But although he gets furious quickly, he calms down and apologizes just as fast. He needs a woman who won’t take his mood swings personally. She should be able to forgive him and move on quickly, and he will do the same for her.

When you want to find the best match for an Aries guy, you need to know the typical characteristics of his zodiac sign and what traits he looks for in a woman. An Aries man is attracted to someone intelligent, exciting, and independent.

Her personality should be similar enough to his that they have a lot of common interests and values, but different enough that she can provide some balance in his life. An easy-going, tolerant, and supportive woman is exactly what an Aries guy needs.