When it comes to individual horoscopes, the position of the natal Moon is considered even more important than the Sun which gives us the general traits of the person’s character. When it comes to Moon’s placement, the deeper emotional structure of that individual will be seen with greater clarity.

Moon in Leo doesn’t feel so good in this sign due to its fiery nature. The person will feel exposed in some ways and focused on the outer appearance. Their emotions will be sustained, dried, and mostly dictated by their environment forcing them to shut down open expression of feelings and to adapt to others.

Leo Moon man traits will revolve around the self and how this “self” is presented to others. The Moon belongs to the element of water and is a ruling object of the sign of Cancer which is the twelfth sign behind Leo. Leo belongs to the fire element, and Moon is now from the area of hidden things and distant places, settled in the area of self-expression.

This combination will create someone who will show their deepest emotions and vulnerability in public. And the inner need for this kind of expression will either represent them as a somewhat “weird” person or as an exceptionally respected performing artist, depending on other planetary aspects in their chart. And if they decide to walk on the path of entertainment industry or arts, but in the foreign countries, their success and glory will be sky-high.

In the physical sense, Leo Moon man will have a reddish complexion, be prone to balding and weight gain, and have a rounded, sort of a “happy lion” face. His eyes will be light, and his appearance will be noticeable all the time.

On a negative note, the relationship with his mother could be secretive. She might be not present in his childhood, going through some serious illness, or simply being emotionally not available. He could also have some disputes with her, but at the same time, he will resemble her appearance and character a lot.

The drama or the inspiration that came from his mother will mark his life in a significant amount for sure. He will try to hide some of those traits, but this Moon will find its way out for sure.

Who is the Moon in Leo man attracted to?

Leo Moon man is attracted to the person who has their rising, natal Moon or Sun placed in the sign of Aquarius. Besides Aquarius, the best sign for Leo, this Moon in Leo man will also be attracted to the other air signs like Libra and Gemini, and especially good combinations will be seen with fire signs, like Aries, Sagittarius, and the other Leo.

When it comes to Aquarius partner, a Leo Moon man will either become attracted toward someone with a plain appearance or toward someone with extraordinary talents. You see Leo is the king or the political elite, while Aquarius represents the common people or the multitude of people. Depending on the other natal aspects, this Leo man could fall in love with someone coming from a humble origin and environment. And in this case, a Leo man will expect admiration and devotion.

In another case, if Leo man falls for someone unusual, this means that this person will have humble origin still, but also possess some extraordinary talents or appearance, and that is usually related to technology or research types of sciences. Now, the Leo Moon man will be admired, but he will have an equal partner to admire, too.

Leo Moon woman will love golden tones and glitter anywhere on her body and face. She will love that golden shine so she will mostly dye her hair even if her national or racial origin prefers darker tones. She will be prone to gain weight around her waist, but she will try to remain in her feminine shape, even later when her body surely increases. It will more as when she gains a certain power that her body will become bigger, too.

A woman with her Moon in Leo will establish herself as the natural-born leader, and even if she doesn’t have a high professional status, her attitude and wise words will give the impression that she holds the important position anywhere she steps in. She will always keep the peaceful tone, like as if nothing can take her crown, and people will somehow be inclined to listen to her carefully.

Everything around her will be about a strong impression. And this is why her home will look gorgeous, and the same will apply to her appearance, her husband, and everything she does. People will see her as someone who managed to achieve a “trophy” life, even if she belongs to lower social classes.

But most importantly, she will hold all of her emotions under strict control. If her social position is high, her profession is bringing her rewards, her partner is successful, she won’t ever question herself is she happy deep down inside. And in some rare cases, when her subconscious starts to “boil” with dissatisfaction, she will keep it down through restless shopping, traveling, or social gatherings.

Who is the Moon in Leo woman attracted to?

Leo Moon woman is attracted to a person who will challenge her in a way, and yet admire her powerful beauty. This individual will ideally come from a humble origin, and then fight their way to success and recognition. They will be seen as strong, yet “exotic” in some “raw” way, and that will be irresistible to a Leo Moon woman who will usually be surrounded by high-class, well-mannered, yet a bit boring people.

The best compatibility for Leo Moon woman is seen with a person who has their rising sign, Moon or Sun in the place of Aquarius, exactly for the reasons stated above, since Aquarius-marked people raise above average through the fight and special talents. And this combo is something magnetically attractive to a Leo Moon woman.

She will already have enough or more than enough financial flows, a respected position, and all useful social connections, but she will lack excitement, adventure, and common-sense reasoning, and this is what her ideal partner will bring into her life. 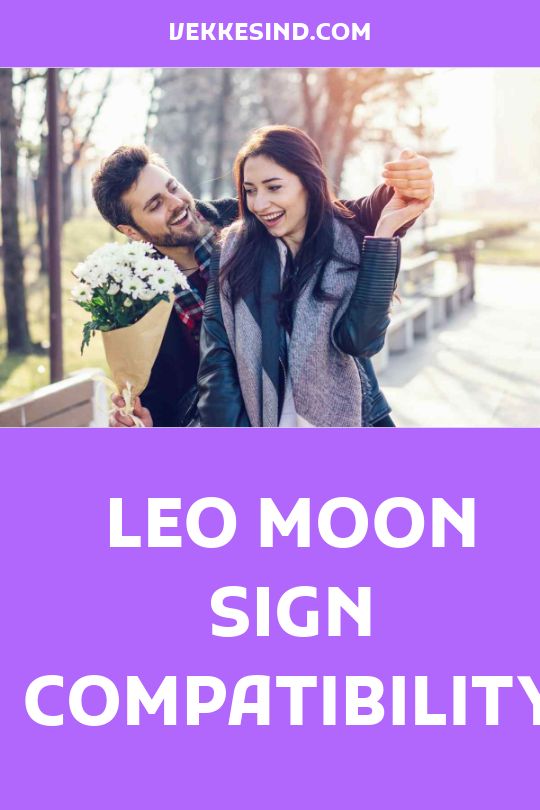