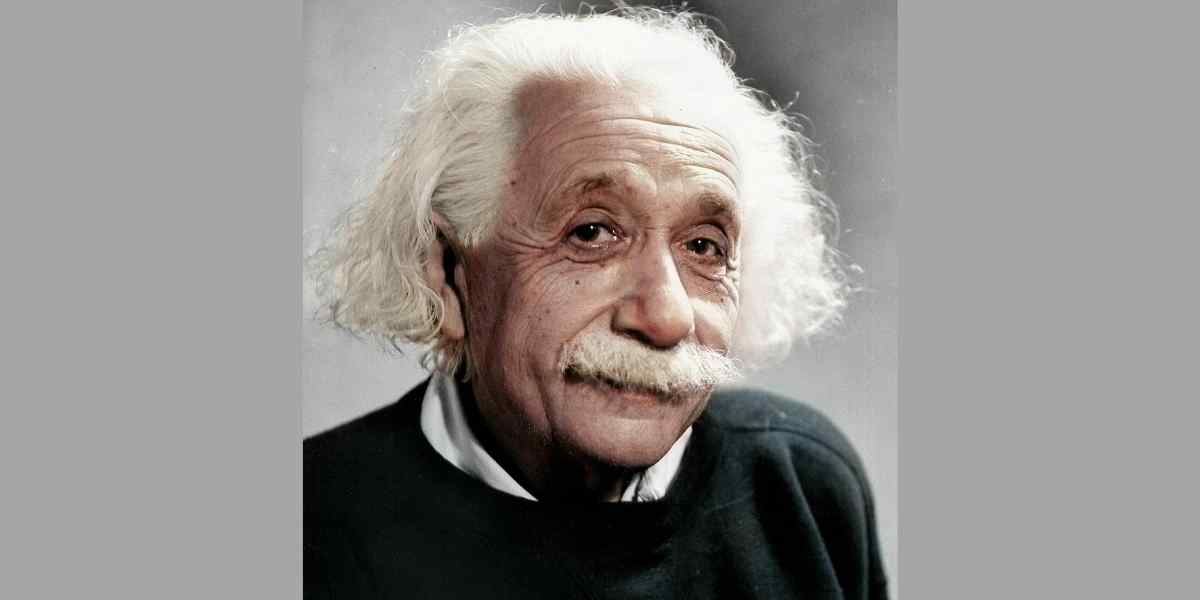 Albert Einstein is regarded as one of the most intelligent scientists of all time, and for good reason! The man was so far ahead of his time that scientists are still confirming his theories to this day. Have you wondered, what zodiac sign is Albert Enistein?

Einstein was a Pisces with a moon in Sagittarius. The compassionate and curious sun in Pisces meshes well with philosophical and humanitarian Sagittarius. These traits are what made Einstein a unique character. Unlike the brutes of history, Einstein came to fame with his inquisitive mind and activism.

Before we delve into Einstein, his zodiac sign and what his chart tells of the man, I want to point out the Related Articles section at the bottom of this page.  I’ve listed a number of articles that you will enjoy.  Make sure you check them out.

The unique thing about Pisces and Sagittarius is that they are both lifelong learners and having both of these signs in his chart balanced his interests out very well. Pisces is an all-accepting loving water sign that has a rich imagination.

They are often known to daydream about the mysteries of life, adore the arts, and enjoy a connection with nature. Most of all, they are intuitive and are frequently called “psychic” by astrologers. You can find Albert Einstein’s chart here at Astro-Databank.

The great thing about Sagittarius is that they are forward-thinking, outspoken activists for change. Sagittarius approaches life with the idea that freedom is the most important thing you can have:

Without it, you cannot ever live your life to the fullest. Because of this, they are often unconventional, defying norms, and seeking positive change. Best yet, they are optimistic! They always have hope in the world and for themselves, so they don’t become bitter and resentful, no matter what life throws at them.

Einstein’s life shows a mixture of Pisces and Sagittarius to an extreme degree. We see that throughout his life, he exhibited the rebelliousness and activism of Sagittarius, while also carrying Pisces imaginative spark and other-worldly beliefs with him his entire life.

Einstein’s early life didn’t seem too promising and certainly didn’t scream future physicists. He was a surprisingly slow learner and it took him a long time to learn to speak compared to his peers, not saying a single word until after he was two years old and even being called a dope by the family’s maid due to the long pauses he would take between his sentences.

But what the maid underestimated was Einstein’s remarkable, uniquely Pisces curiosity in mystical, almost incomprehensible forces: The inner workings of the universe, the behavior of time and space itself, and physics as a whole.

As a child, he would read popular science magazines and by the age of twelve had mastered geometry far beyond his grade level. As a teenager and young adult, Einstein has begun to become much more Sagittarius like In fact, Einstein became a mirror image of the sign.

He had become highly intelligent, idealistic, free-spirited, and more philosophical, but he had become a rebel, adopting a devil-may-care attitude towards school and authority.

Einstein had grown to detest the education system as a teenager, a trait he would hold his entire life. He had dropped out at age 16 and was an average student at best in any topic aside from Mathematics and Physics. Einstein had failed his first entrance exam to the Swiss Polytechnic school!

After a rocky road in his initial years, Einstein eventually settled in academia as a professor while he worked as a humble patent office worker. The job paid well and gave a young Einstein the autonomy he needed to ponder the universe’s inner workings.

While working there, he would publish numerous physics papers, from special relativity to the famous E=mc^2 (Energy is equal to mass multiplied by the speed of light squared).

As Einstein grew older, he would act more and more like a Sagittarius: He became an outspoken critic of how the world operated. In his mind, most of the world was a cruel and poorly run place.

Einstein was a pacifist who loathed nationalism. While Einstein wanted the world to seek cooperation and achieve unity, the world around him crumbled on top of itself. In 1933, Einstein had gotten rid of his German citizenship due to Hitler’s rise to power and fled to safety.

When he entered the United States, Einstein didn’t stop supporting egalitarian ideas. Einstein was affiliated with the NAACP and vowed to fight racism and segregation.

Einstien made the struggle for equality in America a big priority in his life, albeit one that he, is unfortunately, not remembered for. Einstein protested the injustice in the Scottsboro trial, supporting legislation to end lynching, and even helped W.E.B Dubois in court as a character witness.

While his Sun in Pisces and Moon in Sagittarius contributed to his intelligence, curiosity, and desire to see the world become a better place, what separated from the rest of the crowd and made him so smart?

Was Einstein Destined for Genius?

This brings up an intense, almost dystopian question about astrology. Does it predetermine whether we possess superhuman intelligence or ignorance? In other words, if someone has a chart like Einstein’s, will they too have an intellect capable of unlocking the mysteries of the universe? The answer is sort of.

Einstein, much like numerous other famous (and infamous) characters in history, had a Yod. His chart was a bit odd, it was the only aspect he had. Most charts have a diverse mixture of large patterns, such as Grand Crosses, T-squares, or Cradles. While the Yod was the only aspect in his chart, it is a meaningful one!

The Yod, also known as the “finger of God” is an aspect that occurs when two planets form a base, and a planet on the other end of the chart creates a triangle. Astrologists say that it is a rare aspect, but those that do have it are blessed with an overwhelming urge to focus on completing some sort of a mission within our lifetimes. It can create conflict, and it makes someone’s soul restless unless they can discover their calling.

For Einstein, it doesn’t take much to assume that mystical, otherworldly destiny was to find what made the universe tick. But what other astrological phenomena were going on with Einstein?

Einstein had his north node in Aquarius.

In astrology, the north node is similar to aspects like the Yod. It determines our destiny, our soul’s purpose, but most of all it tells us what we need to do in our lives to find satisfaction and give us a vague understanding of why we are here.

Einstein’s north node was in Aquarius, the sign of progressive thinking, change, activism, and thirst for knowledge. Therefore, from an astrological standpoint, Einstein’s spiritually flourished in the art of discovering, debating, and vying to improve the world.

So, from Einstein’s natal chart we see a man who seems destined to desire to change the world and choosing to focus on the abstract, invisible forces that warp the universe and our planet on the macro-level instead of dumping his energy into the mundane and the simple. Yet the interesting thing about this is that no placement or sign seems to indicate he was destined for genius.

So this brings me to my final point about Astrology and intelligence: Anybody can be intelligent. This is the key distinction: Astrology has a say in where you are going to find enjoyment and growth but doesn’t arbitrarily pick and choose who gets what IQ, and who gets to become godly at what topic.

Learning is part of our journey on the Earth, and the stars don’t have a say in our mind’s maximum capacity. So with the case of Einstein: he wasn’t destined to be a genius, he was destined to love learning.