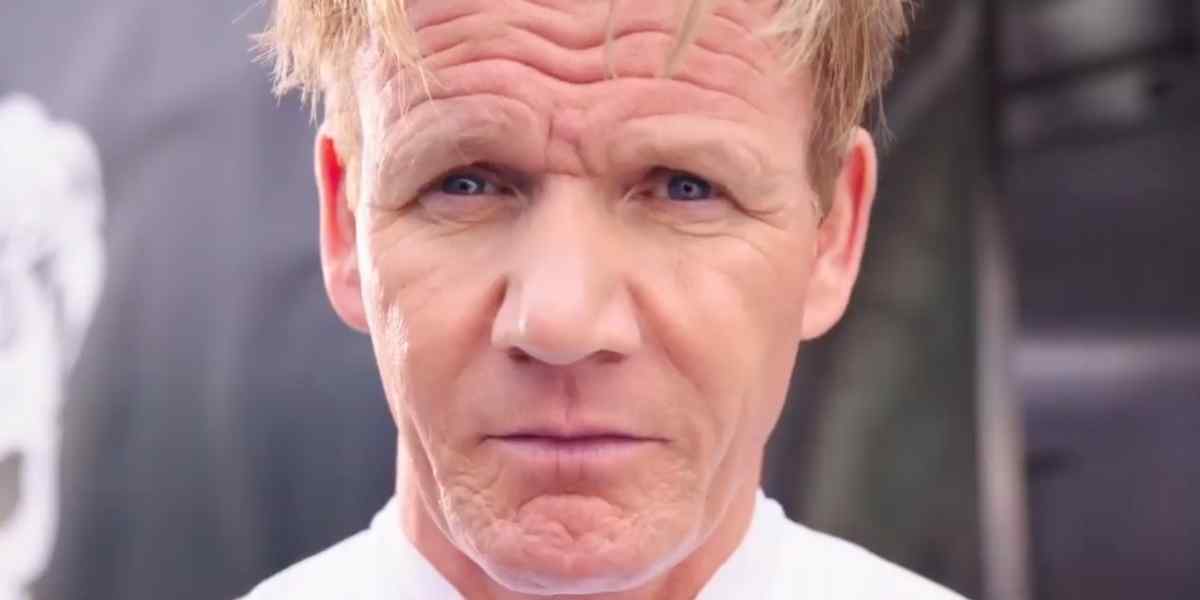 Gordon Ramsay’s Zodiac sign is Scorpio. He has a TV show called Hotel Hell, which points to his zodiac sign. The zodiac sign that reflects hell like qualities is no other than Scorpio. Souls born on November 8 will have a depth related to the underworld, the dark side of life, a transformative personality in them.

Do you watch all of Gordon’s TV shows? If you are just as fascinated about what he does as me, keep reading. How can this man have such a transformative effect on people and how does his astrology chart show his outspoken personality? At the time of his birth, he has the sun in Scorpio.

Gordon’s birth chart falls under a nighttime chart. Although he is born at 6:00 p.m. in Johnstone Scotland. The sunset at that place at that time of year was already at 16:25.

Why does that matter anyway? Ancient astrologers have always taken a look at the birth time since the working of the planets is different in a daytime or nighttime birth chart. The ascendant and the moon will change at different times in a day.

Let’s take a deeper look at his birth chart. What do we know already?

He has a sun placement that shines a light on dark themes and has a nighttime chart. Well, I don’t want to make it sound all negative because it isn’t. The moon in a nighttime chart is where my eye falls on first.

The moon is conjunct Uranus in the 5th house. The moon reflects the environment you grew up in and often the (mother’s ) nurturing energy. This Moon Uranus conjunction is also in close conjunction with Mars and Pluto. Those are seen in astrology as the malefic planets.

These planets have a stronger function in a nighttime chart. A pleasant playful childhood, we can conclude is probably not what he experienced.

We all know that by now he has a lot of TV shows.

How does Gordon’s Chart predict is Television success?

TV in astrology, I feel, falls under Neptune’s influence. Appearance for a greater cause. For someone’s career trajectory the first obvious place to look is the sign on the 10th house cusp and 6th house cusp.

Those are the houses that usually indicate a person’s career path. In Gordon’s chart, Aquarius in obviously on the 10th house.

The MC is ruled by the Moon Uranus conjunction, being found in the 5th house conjunct with the planets Pluto and Mars.

These planetary influences are coming out in the public eye.

From Football matches to cooking competitions.

Gordon is following his hearts passion.

The fifth house is what you love and enjoy doing in life. A lifetime with emphasis on having fun, children, and keeping a childlike nature.

Gordon used to be passionate about football and was a talented player wanting to start a professional career. When his talent was discovered he suffered a knee injury so could not proceed with playing football anymore.

While he initially wasn’t that passionate for cooking he explained. He just wanted to travel and see the world and get out of Great Britain.

Therefore, he chose to go into catering and the hotel business. His TV shows clearly show the passion he has for travel & food. With Jupiter being in his third house Leo, a constant travel life is emphasized.

When Jupiter transits the sign of Leo we will all feel more connected and close to our passions and it will become more evident what it is we love in life. This is a fortunate placement to have. Especially in a difficult chart as he has. Growing up in such an unhealthy family environment.

The Medium Coeli (MC), the 10th house is co-ruled by Uranus conjunct the moon in the 4th house and Saturn . I will get to that later on.

The moon’s nodes can be looked at as more potentiality of his worldly success. Shocking emotional experiences that pushed him forward in life. The south node of the moon, the energy we know when we enter life on earth, is often seen as the portal to past life karma and qualities gained in other lives. For the good or the bad use in this life.

With the Sun conjunct Venus in Scorpio in the 6th house conjunct that south node, this tells us there is an emphasis on those themes in this life on past life themes.

I would say that the moons nodes speak loudly in this chart in combination with all these planets in the 5th house. Virgo and a Venus conjunct the Sun in the 6th house conjunct the south node. He has the north node of the moon in the 12th house. That and Neptune being in the workhouse.

So overall there are more indicators than one that show that he will eventually be seen on the big screen somehow. His chart suggests that he will serve for a higher cause.

Check out this great interview on 60 minutes Australia with Gordon to learn more about him yourself and how he went from pubs to posh.

What can we say about his management style?

He is known for using the “F” word frequently. Then there is the ever critique on others in the kitchen. Management style is usually related to where the planet Saturn is placed in our charts.

What we also notice is his blunt and open criticism in his work environment. This I would say is typically a Virgo thing. Virgo’s tend to be a bit melancholic and criticizing.

The ones who ask all the detailed questions in a matter. This quality is often misunderstood by others.

The Virgo energy essentially is meant for discernment. To be of service. To prioritize the details from the important stuff.

He has a moon in Virgo. Those folks often have a very good eye for details. They always want to improve something or someone.

Gordon has this added with a special way of communicating to others that shocks them into changing their behavior.

I am just going to call him the kitchen healer. He does an admirable job upgrading restaurants in becoming more hygienic conscious and getting them out of closure.

His talent in making restaurants financially healthy by transforming people’s attitudes, habits, and routines. This is where his Scorpion side comes out. Which can be an admirable mission.

His family influences. His direct family didn’t create a loving environment for him to grow up in. Instead he had to fight to stand up for himself.

From the time he married, his father in law took over the business part of his job which made him flourish. He married in 1996.

How did his marriage influence his success?

He married in 1996 with a Montessori trained schoolteacher. Ramsay’s grandfather in law is responsible for the business of Ramsay.

Being the best at what you do and obtaining those 3 Michelin stars. A drive that could have come only from engaging fully in your passions.

Gordon’s travel life around the world is quite essential. Look at his show the great escape where he travels the world to expand his cooking.

How can we find his relationship with travel in his birth chart?

We can look at someone’s Jupiter placement first. Gordon has Jupiter in Leo.

Here is video episode from his Great Escapes show.  It is so entertaining to watch.

Then there is the episode where he meets Sadhguru, an Indian mystic in his ashram in South India. Who tries to convert meat-eating chef Gordon Ramsay into trying vegetarianism?

This article wouldn’t be complete if I wouldn’t add any of his delicious recipes. One of my favorites is how easy he shows us it is to make an Indian curry, Quick Butternut Squash Curry:

Another one, “vegetarian” style “Halloumi Courgette and Herb Cakes“.

Feature Image Source: By The Muppets – https://www.youtube.com/watch?v=3KtIBPwaRkk, CC BY 3.0, https://commons.wikimedia.org/w/index.php?curid=91763617