Whether you are a Libra or you want to help the Libra guy in your life find the perfect partner, then you need to know what a Libra man looks for in a woman. What does a Libra man like in a woman?

A Libra man likes a thoughtful, elegant woman. She should be as social and outgoing as he is, and she should be open and honest when it comes to communication. A Libra guy offers his partner loyalty and support, and he wants the same treatment in return.

If you are looking for more in-depth training to attract and keep a Libra man, then I’d suggest you check out “Sextrologist” and zodiac-based dating expert Anna Kovach’s book Libra Man Secrets.

10 Characteristics a Libra Man Loves in a Woman

Every zodiac sign is guided by a specific heavenly body. A sign’s planet or celestial body reveals some of the important characteristics and strengths of that sign.

Libra is ruled by Venus, the planet of love and beauty. As the astrological sign guided by the planet of beauty, a Libra man has an especially keen eye for aesthetics.

A Libra man knows what looks good, and he likes for his partner to look presentable. Libra men are often naturally attractive, and physical attraction is very important to them in relationships.

A Libra guy doesn’t expect his partner to be a supermodel, but he likes it when a woman puts effort into her appearance. She should look put together and made up at all times.

Don’t wear sloppy sweatpants and a messy ponytail if you want to catch a Libra man. He is much more impressed by a woman who looks clean and well-dressed.

Just as each sign has a guiding planet, every zodiac sign also correlates with a natural element. A sign’s natural element tells us about the values and qualities of that sign.

The four natural elements are fire, air, earth, and water. Libra is an air sign, and air signs are known for being social, talkative, and friendly.

A Libra man should be with a partner who is as popular and gregarious as he is. She should be an extrovert who enjoys attending events and being surrounded by people.

A Libra guy is a chameleon who can make friends and fit in anywhere he goes. His ideal partner should possess these same traits so that she doesn’t hold him back socially.

Since Libra is guided by Venus, the planet of love, Libra is one of the sweetest, most loving signs of the entire zodiac.

A Libra man is very thoughtful and considerate. He genuinely cares about the feelings of other people, and he will bend over backward and sacrifice himself for the sake of others.

He is a people-pleaser and dislikes confrontation. He wants to keep the peace as much as possible, and he always takes the emotions of others into account when making decisions.

Although he is patient, a Libra guy will get frustrated with a partner who isn’t very thoughtful. He doesn’t expect her to be as considerate as he is, but he wants to be with someone who puts him first sometimes because he will always prioritize his partner.

Thanks to the influence of Venus, love and romance are incredibly important to Libras. While some signs value money, independence, or power more than anything, a Libra man puts his relationship first.

He makes a devoted and loyal partner, and he expects nothing less in return. This doesn’t mean he’s jealous or controlling by any means, though.

As a social and charming guy, a Libra man is a natural flirt. He likes to meet new people and he can’t help but be a little coquettish with other women, but he would never cheat on his partner by doing anything more than flirting.

A Libra guy understands if his partner likes to chat with other guys, as long as she is faithful and always comes home to him.

Besides being social and outgoing, the zodiac signs ruled by the air element are also curious and intellectual.

A Libra man wants to be with a woman he can have stimulating conversations with. She should be knowledgeable and interested in a variety of subjects, and she should like staying up all night talking with him.

He isn’t impressed by a vapid woman or someone who pretends to be less intelligent than she really is. Don’t be afraid to show off how smart and witty you are if you want to win the heart of a Libra guy.

Another typical trait of air element zodiac signs is rationality. Although a Libra man is quite sensitive to the feelings of other people around him, he’s not particularly in touch with his own emotions.

He is a practical guy who thinks with his head instead of his heart. He would rather make decisions based on research and experience than by gut instincts or intuition.

A Libra guy likes to observe and analyze everything around him, and he wants a rational woman who shares his same point of view.

A Libra man dislikes big, dramatic displays of emotion, so he needs to be with a woman who is down-to-earth and practices self-control. She shouldn’t cry to try to manipulate him or throw tantrums in public when she’s upset.

One of a Libra man’s greatest strengths is his communication skills. He is honest, open, and tactful in all of his conversations, and he is excellent at expressing himself.

A Libra man can’t be with a partner who doesn’t know how to communicate her feelings or articulate her opinions. Some zodiac signs are highly intuitive and expect their partners to be mind-readers, but this won’t work for a Libra guy.

His ideal woman should be able to open up and know how to voice exactly what she wants to say. Since he values intelligence, he really likes a woman with an expansive vocabulary and a clever way with words.

As the zodiac sign ruled by the planet of beauty, a Libra man is all about aesthetics. Some signs prefer a woman who dresses in plain and simple styles, or flashy, ostentatious clothes, but a Libra man likes a woman with great taste.

He embraces fashion-forward styles, and he is the kind of guy who will help his partner pick out her clothes.

A Libra man likes a stylish woman who dresses to impress. He encourages her to express herself through clothing and be creative with her outfits.

Because he is such a loving guy, touch and physical affection are very important to a Libra man. He can’t be with someone cold and aloof.

This doesn’t mean that he lacks a sense of personal space. Sometimes he needs a little breathing room and time to himself.

It also doesn’t mean that he wants to make out with his partner in public. He likes gentle public displays of affection, like holding hands or kisses on the cheek, but he never wants to make anyone else feel uncomfortable by being too touchy-feely in front of others.

But he needs to have a partner who likes cuddling and hugging because it makes him feel loved and cherished.

A Libra man is one of the most supportive partners a woman can have. He is his loved one’s biggest cheerleader, and he backs up his kind words with actions.

A Libra man won’t lie or shower you with false flattery. Instead, he gives thoughtful and sincere compliments to build you up and make you feel self-confident.

He is also very helpful and will always lend a hand to his partner when she needs it. He wants a woman who will be accommodating and obliging, as well.

Libras are prone to anxiety, so a Libra man needs a partner who can calm him down when he’s stressed and help take some tasks off of his plate.

A Libra man doesn’t need his partner to do everything for him, but she should be encouraging and boost his ego sometimes.

As I mentioned at the beginning of this article, check out Anna Kovach’s book, Libra Man Secrets, for more in-depth training for women who want a Libra man to chase and desire her.

What a Libra man likes in a woman, final thoughts…

When you want to help a Libra guy find his ideal partner, you need to know what he likes in a lady and what he expects from a romantic relationship.

A Libra man needs a loving, affectionate partner who is supportive and can help keep him calm. She should be social and outgoing, so she can fit in with all of his friends and enjoy meeting new people with him. His perfect match is someone witty and skilled at conversation because he’s so intellectually curious and talkative.

If you possess all of these qualities, then you just might be the best woman for a Libra man. 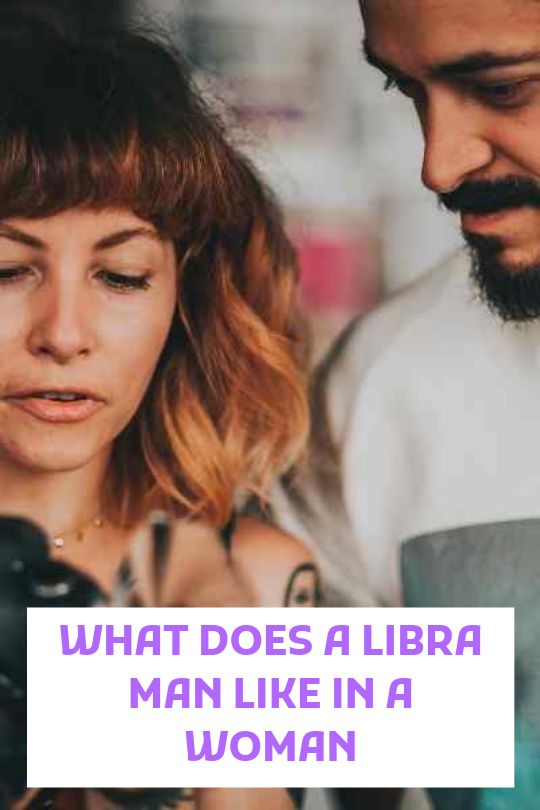