The Libra man is the classic host of any event or party. He is friendly, social, and accommodating. He is all about relationships and harmony. The Libra man seeks balance in all things. For the sign of Libra, when you are able to balance all things, it will result in peace and contentment.

The Libra man in marriage is already a miracle. He is often non-committal but when he does settle, he puts his wife’s happiness first. He knows how to make her feel appreciated. He is a diplomat and despite having a detached yet flirtatious reputation, The Libra man does well in marriage.

For more details about your Libra man, also heck out “Libra Man Secrets“.

The Libra man in courtship

Congratulations on getting the attention of a Libra man. It is known that they are not the most committed of all the zodiac signs. You were already someone that stood up from the rest. When he falls in love, he suddenly is open about taking it to the next level with you.

Your Libra man is an observer, often seeing two sides of the story. The Libra man is a mirror which means your treatment of him is a reflection of how he will treat you. It’s best to be direct with Libra, after all, he wouldn’t be the type of person to waste or risk his time if he knows the relationship will not have depth, he is sort of a commitment-phobic to begin with.

When you date a Libra man, don’t fall too fast. He flirts like he breathes air. When he is single, do not trust that he is committed to you until he has said it himself. Though when he is convinced that you are the crème of the top he will stop eyeing other women and focus his efforts on you.

The Libra man will appreciate having a form of authority but he is not dominant. If anything, he might even be a hedonist, a lover of comfort and pleasure though this will also make the Libra man easy to get along with. When he loves you, he will make time. He will be comfortable in showing his affection and is transparent about what he thinks.

The Libra man in love will stay when he is committed to a relationship. He may allow the time to pass and doesn’t like to rush in. But when he decides he truly does love you, he desires to be your rescuer. The Libra man will also include you in his plans in life and the future. He will share the burden of your problems and try to solve them for you.

You will know you’ve definitely caught the heart of a Libra man when the normally freedom-loving Libra is now possessive and worried about you.

Marriage with a Libra man

The Libra husband is always romantic

The Libra man as a husband is affectionate. He is a romantic, or maybe too much of one. He is a lover of love itself. He is charismatic, calm, and patient. He will observe first before he speaks. The Libra husband enjoys attention and even though he is married, he can carry over his flirtatious personality.

Sometimes there might be a problem with temptation when your Libra husband is apart from you for a while. Even if he does end up falling through the trap of infidelity he will still try and fix things with his wife and family.

You will notice if he has minimized spending time with you because a Libra man that has his heartstrings tied will spend most of his time with that person. A Libra man will bond better when he is constantly reassured and praised for what he does for the family.

Neglect will be the biggest reason that he could fall for it. Jealousy and conflict can also be a part of why he would do it. Though, this wouldn’t be the case if he has a mature disposition and that the marriage has a strong foundation that he would allow himself to fall from grace just like that.

The Libra husband excels in social and diplomatic settings

The Libra husband is concerned about his public image and family’s reputation. He would sometimes sacrifice his side of the conflict just to please the other. From a popular perspective, the Libra man may not be a good husband because of his desire for freedom but it doesn’t mean he will take marriage lightly either.

He is a natural judge and does not want to burden anybody if he is feeling down. He would need a partner that understands that although he has tied himself to a union, he still needs to pursue his passion and be allowed a bit of freedom to do what he wants.

The Libra husband likes to explore and although he enjoys the comfort of home and familiarity, he can’t be totally placed in one place, the itch to explore would get the best of him. He makes an engaging host to parties and can show a friendly disposition to everyone, sometimes he may not be flirting but will seem like it through other people’s perspectives.

The Libra husband wants to have a balance of everything

Just because you may have married a Libra man does not guarantee it is for a lifetime. He is still influenced by the air element and is notorious for getting bored easily. You may want to keep it interesting and playful if you want to entice your Libra husband.

Another thing you need to know about your Libra husband is that he may have a tendency to be influenced easily. In astrology, the Sun is considered at its fall with the sign of Libra because instead of being able to express himself authentically, he considers the needs and feelings of others first.

There are two types of Libras that can manifest, one that is influential and another that is easily influenced. If you have the second Libra as your husband, it is better to lead him to a better environment, remove him from seemingly good-intentioned friends that may tell him that it’s okay to do the things that he knows you won’t be happy with.

The Libra husband will always try to make things work

The Libra man acts accordingly if he feels justified in what he’s about to do. If there are problems, for the Libra husband, all conflicts can be resolved through communication. He is the type to listen and talk about it.

When he knows he’s at fault, he will reflect by himself. He may take a break and isolate himself. Maybe time makes the heart grow fonder and he will realize his mistakes and humble him on how life is without you around.

Every relationship will have a conflict despite how much we try to avoid it. Most of the time, the Libra husband may become resentful because he tends to keep his feelings to himself trying to please the other all the time.

It is better to be hands-on with your Libra husband, being careful that he does not become distant. You will know things are definitely wrong when he tries to push you away or mentions that you do not respect him as you should be.

As his wife, he would want you to be able to acknowledge these little seeds that might grow up to be thorns that can destroy your marriage’s foundation.

The Libra man has a reputation for being indecisive. He can say something today that he could change his mind the next day. Sometimes he would avoid decision-making to the point of recklessness. It would feel like he would just want it done and over with.

It would be better to make the major decisions yourself while keeping him informed about what you would be considering. Like the scales, list, or weigh in the benefits of the decision so that he feels at ease about it.

The Libra husband can have a contradicting personality

The Libra husband wants to spend time with the woman he decides to marry. You would know he loves his woman when he puts her happiness first and yet he would also be the same guy to wish that his wife is capable of being happy even when he is away.

He does not like to argue but if he thinks that it is justified and is worth the conflict, they do not go to war unprepared. He likes to hear about other people’s drama but avoids the same thing when he comes to his own life. He may act entitled but he will not want to see the same behavior with you.

At the end of the day, if you are able to appreciate him and allow yourself to make him a shoulder to lean on whilst remaining independent, then there won’t be too many issues and both of you can have a balanced marriage where you can still stand as your own person.

The Libra husband will prioritize his family above all

When children come along, the Libra husband will prioritize his relationship with his family. He might have a style that mimics friendships than a strict authoritarian. He would be the type of father to give chances first or allow them to explain their side.

It might mean that the wife will be the iron fist in the family because the Libra husband finds it difficult to express anger. It might mean his children will not take his word or discipline too seriously. What he will be able to teach them are fairness and good etiquette. He will teach his children the importance of balance in all things.

As his wife, he will always be the one you can open up about anything. Many husbands may alienate their partner for feeling certain things but a good trait of your Libra husband is that he is a good listener and advocate of peace. Your Libra husband will never intend to invalidate your thoughts and emotions.

Check out “Libra Man Secrets“, for everything you ever wanted to know about your Libra man!

Your Libra man in marriage, in a nutshell

The Libra man in marriage is a challenge in life by itself. He needs to have enough freedom to spend with his friends or for self-care. He would desire for a wife that is perfectly capable of being able to keep herself busy and happy should he become too occupied at work.

The Libra husband is an excellent diplomat. He cares for the family’s image and reputation. This may also mean he may not be able to express himself well because he always puts the opinions of others first. It would be good that as his wife you are able to understand his body language and patterns when he feels uncomfortable.

Though he may prioritize his wife and family, neglect and jealousy may tempt him to infidelity. If there is no stable foundation and a solid bond between the two of you, your warning signs include your Libra husband spending less time with you and making excuses to be somewhere else.

It is better to approach the marriage as if you are still in the dating phase. Keep it exciting and attentive to the inner feelings of your partner. Discourage or keep him away from negative influences and introduce a new set of people that align with your goals as a couple. 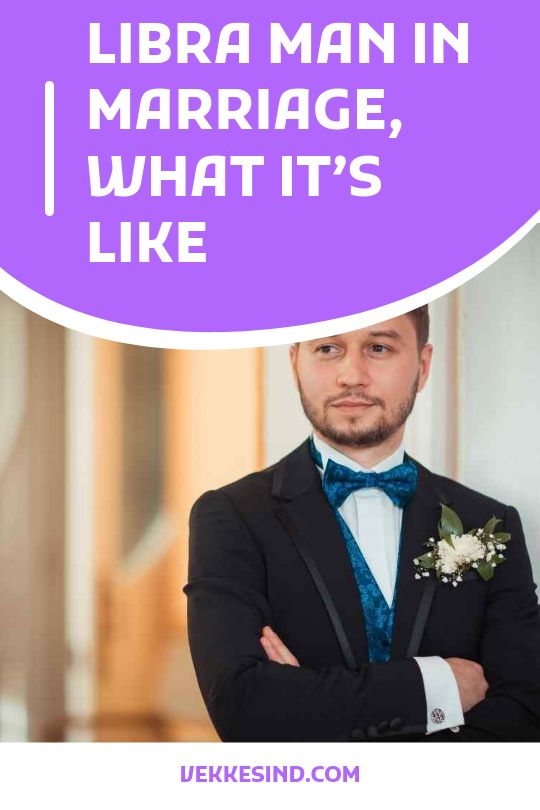