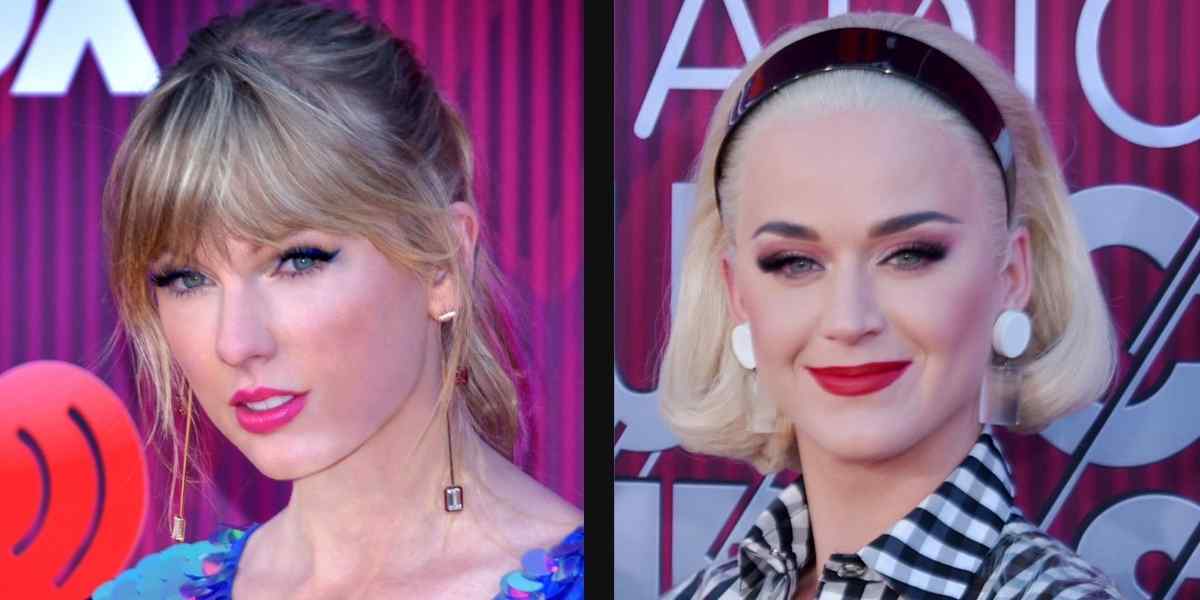 Taylor Swift has claimed that her feud with Katy Perry was based on their different Zodiac signs.

Taylor and Katy are close in age in big picture terms, only five years apart. They are both Millennials. However, they are on opposite sides of an important divide within the Millennial generation.

An astrological chart is a snapshot of the position of the planets and other celestial bodies at the moment a person was born. Yes, it shows the Sun in one of the twelve Zodiac signs, but the Moon and other significant planets and points may not be in the same sign as the Sun.

The three most important features of an astrological chart are the Sun, the Moon, and the Rising sign. It is uncommon – less than a one percent chance – to have all three of these in the same Zodiac sign, but Katy actually has all three in Scorpio, as has already been discussed on this site.

As Taylor recounted to Rolling Stone how she and Katy ultimately worked out their differences, “We were talking about how we’ve had miscommunications with people in the past, not even specifically with each other. She’s like, ‘I’m a Scorpio. Scorpios just strike when they feel threatened.’ And I was like, ‘Well, I’m an archer. We literally stand back, assess the situation, process how we feel about it, raise a bow, pull it back, and fire.’ So it’s completely different ways of processing pain, confusion, misconception.”

Taylor indeed has the Sun in Sagittarius, as reported elsewhere on this site. However, she also has the Moon in Cancer. Astro-Databank noted there are two different versions of Taylor’s birth time floating around, and knowing a person’s birth time is necessary to accurately calculate their Rising sign.

The more plausible version, however, gives Taylor Scorpio Rising. She probably has more in common with Katy than she might think – and don’t people always fight the most with the people they have the most in common with?

The Millennial generation: Pluto in Scorpio

The mainstream media sometimes has trouble committing to firm numbers for where one generation such as the Millennials or the Baby Boomers ends and the next begins. In an individual’s astrological chart, however, these distinctions are clear.

While the Sun goes through all 12 Zodiac signs over the course of one year, evenly spending one month in each sign, Pluto takes 248 years to get through all 12 signs, and it does not spend the same amount of time in each sign due to its irregular orbit.

While individual Millennials can have any one of the twelve Zodiac signs as their Sun sign shaping their basic personality, they all have a little bit of Scorpio in the background of their lives. As a group, they are called to the Scorpio task described elsewhere on this site of facing fear and embracing transformation.

During the transition years on either end of a generation, Pluto moves back and forth between the old sign and the new sign.

What about Saturn, Uranus, and Neptune?

For Taylor and a big group of Millennials about her age, Saturn, Uranus, and Neptune are all in the sign of Capricorn. This is often referred to as the Triple Conjunction. Capricorn is ambitious, and this group of people with the emphasis in Capricorn tends to be driven high achievers. Alexandria Ocasio-Cortez, who is only two months older than Taylor according to Astro-Databank and has this configuration, is already serving in the United States Congress.

A good visual for the life of the older Millennials with Sagittarius outer planets comes from the Nintendo Entertainment System video game Super Mario Bros., which was released in Japan on September 13, 1985 with Saturn in Scorpio, Uranus in Sagittarius, and Neptune in Capricorn. Mario is supposed to be saving Princess Toadstool from the evil King Bowser, but, the first seven times he explores a new land, gets to the castle, and defeats Bowser, he finds only Toad, who tells him, “Thank you Mario! But our princess is in another castle!”

These are the people who made up the college classes of 2007, 2008, and 2009, graduating into the Great Recession. Their princess sure as heck was in some other castle then. Their younger siblings born at the Triple Conjunction at least had the opportunity to watch what happened to them and plan better for their own lives based on that.

While both Taylor and Katy were settled enough in their musical careers by the time the Great Recession hit that they weren’t affected in the same way as the average person their age, Time noted that Taylor was looking up to Katy in 2009.

By 2017, however, Taylor holding a Grammy award in her video for “Look What You Made Me Do” was interpreted by some as a dig against Katy, as Taylor had won multiple Grammys by then, while Katy had not won any.

What was the feud between Katy and Taylor about?

Now that we have established that Scorpio Katy has some Sagittarius in her, and Sagittarius Taylor has some Scorpio in her too, what could they possibly have to fight about? As Katy finally said on The Ellen DeGeneres Show of the feud’s resolution, “It’s like, we have so much in common — there’s probably only 10 people in the world that have the same things in common — I was like, ‘We should really be friends over that and share our strengths and our weaknesses and our challenges.’”

Time broke down the whole history between the two, tracing the beginning of the trouble to Lockhart Brownlie and two other dancers leaving Taylor’s Red tour for Katy’s Prism tour in late 2013. Taylor’s Cancer Moon is opposite the hyper-achieving Triple Conjunction in Capricorn, so it makes sense that she could take a professional setback like that personally.

When the feud began in 2013, Saturn was transiting the sign of Scorpio, bringing tests to people with Scorpio placements prominent in their charts. This includes both Katy and Taylor.

Things finally settled down between Katy and Taylor around the time of Taylor’s recent Saturn return in Capricorn. The Saturn return often pushes a person into a full commitment to adulthood. As Taylor was re-evaluating many other things in her life at that time, maybe it finally made sense to reconcile with Katy.

For a kid, someone five years older is a demigod. For someone just a little older than a kid, that former demigod is a rival.

For an adult after the Saturn return, five years can go by really quickly.