A Virgo man can be capable of cheating if he does not feel (or thinks) that he is compatible with you, thereby, making the relationship null and void.  He can also have a superiority complex making him think it’s okay that he sleeps around with plenty of people even if he is in a relationship.

The Virgo man is the exceptionally intelligent and strategic man of the zodiac, incredibly gifted in the logical side of life, he is often successful in any career pursuit he has because of his brilliant mind, alongside that, he has an undeniably gifted hand that heals, he can excel in medicine.

There can be several ways why your Virgo man would be unfaithful and cheat on you, with that said let’s tackle the psychology of why would your Virgo man cheat in a committed relationship and how can you spot if he’s betraying you behind your back!

Virgo men aren’t likely to cheat but they will cheat in a relationship they deem unworthy of being “genuine” and “long-term”, he can also be incredibly great at lying if he wishes to pursue his cheating habits because he is ruled by Mercury, he knows what to say and how to say it in a way that will convince you he’s telling the truth!

The Virgo man can be extremely loyal and a wonderful grounded partner to the one he chooses and wants to be with, because of his mutable nature mixed with the earth elements, he can still be grounded in a flexible and manageable way.

With that said, the complications in a relationship are necessary to grow but if it becomes harmful to both parties to the point that it gets brutal, it is best to seek counsel or to know when to split and move on.

Because this man is good at strategy, he can make you feel at ease and make the relationship seem easy flowing, more often because he plans effectively more than any other sign, he can have a knack for making you feel at ease, he can also be a great partner because he is great at analyzing things.

Overall, a developed Virgo man who is inclined to express his light side will be more in tune with healing himself and others, most especially his partner, he will be faithful and loyal and show his love is grounded, practical and wonderful ways, he may seem stoic but you will feel his warm love towards you!

Why Do Virgo Men Cheat?

The Virgo man cheats due to his deep-seated insecurities and his inclination to show his shadow side (being mutable — changeable and indecisiveness) this can often be troubling and traumatic to the person being cheated with.

Virgo men who cheat are the classic examples of men in need of healing their deep-seated traumas or insecurities about themselves or their sexual expression, they might be betrayed or cheated on in the past which makes them cope by being the “player” in their next relationship.

Virgo men that are deeply inclined to their shadow side, may have power-play trauma in childhood that scares them to let go of control, they can also have deeply rooted insecurities about their expression of sexuality and masculinity that might distort them from staying loyal to their partner.

They may think that cheating is okay because it expresses their dominant masculinity or that it implies that they are capable of having sexual prowess, they may also think cheating is ok because they simply get the sexual desires they want from that person they’re cheating with!

They want their egos to be fed because them being wanted physically, emotionally, sexually, or spiritually is a kind of validation that makes them somehow “better” than the rest of others, this toxic behavior and trait should be apprehended at all cost because it can be incredibly damaging to the relationship.

A shadow dark side of a Virgo man that is pronounced means he is underdeveloped and feeds off the validation, he may be subtle about it but it feeds off his superiority and god complex, the power of being needed can be incredibly tempting to a Virgo man, this need of being wanted and being seen can be extremely toxic to the Virgo man and his partner.

How to Find out if your Virgo Man is Cheating on you?

There can be obvious signs that your Virgo man is cheating on you or is planning on replacing you, these potential signs must be an early warning sign to leave and cut off the potentially damaging effects of the toxic relationship that will be brought upon by the deceit and lies of cheating.

First, the Virgo Man loves to hide things, therefore he will is extremely secretive about himself, his schedule, the friends he meets up and most especially his gadgets! Whether it’s his phone, his laptop, or another extra phone, he will hide it from you like no other!

You also have to know that your Virgo man will be sneaky when he cheats, instead of texting his lover on his phone, he might email her on his laptop and use some secret codewords for you to debunk, this can be extremely hard to pinpoint and further investigation should be done to find out!

His body language will be fidgety and full of chaotic emotions which seems to be unusual to his usual composed body language, you need to be good at analyzing his subtle and unusual movements because he will usually do the most unusual things when he is in deep trouble or if he fears that he’s gonna be found out.

Get ready to see more and more closed-off body language, less and less eye contact, even when he’s staring at you there would be too much blinking, this is because his body is trying to bury the secrets that are in his thoughts.

Overreacting is also an unusual Virgo man trait, he will usually overreact and exaggerate his facial expressions when you ask him if he’s seeing someone else or if you’re trying to argue with him, pay attention to the normal flow of the conversation – if he’s being heated for no reason it usually means he’s hiding something.

Overall, his normal speech flow will be reduced to cinders, if he ever does it will be restricted cause more often he is lying to you about something and he is keeping something hidden away from you which is his cheating!

Do not fall for his fabricated and elaborated story-telling to cover up the truth, most often he will make up a fabricated lie that seems almost true, never fall for any of his misdirections, always trust your gut and when it tells you something is up, never give up till you find physical evidence that proves his cheating!

Final Verdict: To keep or not to keep a Virgo Man’s cheating heart?

The Virgo man will cheat if he wants to and if you ever get back to him he will most certainly still cheat, the only way for him to stop cheating and be genuine in him committing to a relationship is if he finally heals the wounds in his heart that’s making him subconsciously act up.

With that said, it will not be worth it even if you ever get back together with your Virgo man who you solemnly trusted and you got betrayed in return, let him suffer the consequences of his action by not doing anything, instead, detach and move on with flying colors, only then he will realize he truly lost you…

Instead of hurting yourself and putting yourself in a situation of non-growth, try to let go of the situation and focus more on being selfish with yourself, love yourself more, enjoy quality time with family and friends and most of all do not close your heart to potential love interests!

Live, laugh, and love! Enjoy the life that was given to you, whether wherever your passion might be, being in your single era is the most effective way to build something greater than yourself, so let it go and trust the process of transformation!

For more new archaic knowledge and secret information about the zodiac signs or if you are interested in zodiac signs and an indication of their cheating habits articles, click the link down below to find out more! 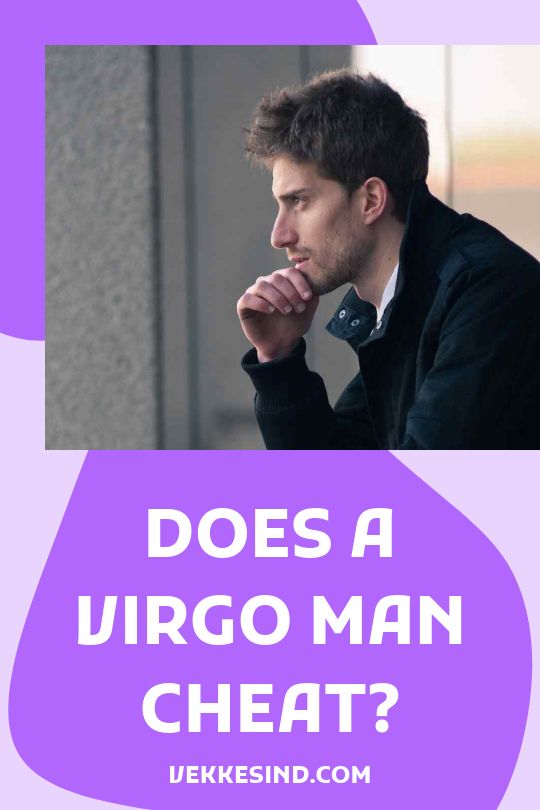